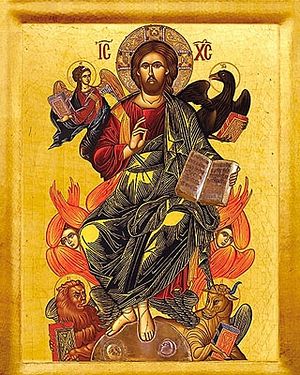 C. E. Macartney, a Christian writer, has pointed out that when Leonardo da Vinci was about to paint his “Last Supper,” he had a quarrel with a fellow artist. He became so enraged that he decided to take his revenge by painting the face of his enemy into the face of Judas. He had determined to make the man go down in infamy. But when he came to paint the face of Christ, da Vinci could make no progress. Something was holding him back – his vengeful spirit. When he realized it, he painted out the face of Judas and began anew on the face of Christ which he finished with the success which the ages have acclaimed. Macartney comments: “You cannot at one and the same time be painting the features of Christ into your own life, and painting another face with the colors of enmity and hatred.”

One of the most distinctive teachings of the Christian faith is freely to forgive others. Based on the experience of God’s forgiveness in Christ, Christians are to forgive others from the heart. The New Testa­ment contains many inspiring passages on the theme of forgiveness. Here are some which easily come to mind:

“When you stand and pray, forgive anything you have against anyone, so that your Father in heaven will forgive the wrongs you have done” (Mk. 11:25).

In the Lord’s Prayer Jesus taught His fol­lowers to pray: “Forgive us our trespasses, as we forgive those who trespass against us” (Mt. 6:12, RSV).

“Get rid of all bitterness, passion, and anger. No more shouting or insults, no more hateful feelings of any kind. Instead, be kind and tender hearted to one another, and forgive one another, as God has forgiven you through Christ” (Eph. 4:31-32).

Jesus illustrated the importance of forgiving others with the Parable of the Unforgiving Servant (Mt. 18:23-35). The context of this parable provides an interesting contrast between the teachings of the Old and New Testament on forgiveness. Peter asked Christ, “Lord, if my brother keeps on sinning against me, how many times do I have to forgive him? Seven times?” And Jesus answered, “No, not seven times, but seventy times seven” (Mt. 18:21-22).

According to the Old Testament, God promised to forgive sins but also to punish the guilty and their children to the third and fourth generations (Ex. 34:7). The rabbinic teachers taught that a person must forgive three times. Rabbi Jose ben Jehuda said: “If a man commits an offence once, they forgive him; if he commits an offence a second time, they forgive him; if he commits an offence a third time, they forgive him; the fourth time they do not forgive.” Thus the apostle Peter, by Old Testament and rabbinic standards, was already very generous. He came to Jesus and proposed, perhaps with a measure of self-satisfaction, the rule of forgiving a wrongdoer seven times. But Jesus said not seven times, but seventy times seven, that is we are to forgive others without counting the number at all! Christ set down the principle of unlimited forgiveness.

“Two things therefore does God here require, both to condemn ourselves for our sins, and to forgive others; and the former for the sake of the latter, that this may become more easy (for he who considers his own sins is more indulgent to his fellow servant); and not merely to forgive with the lips, but from the heart ... Let us not then thrust the sword into ourselves by being revengeful ... For if we be willing, no one shall be able to injure us, but even our enemies shall advantage us in the greatest degree ... We punish ourselves by hating others, even as on the other hand we benefit ourselves by loving them.” St. John Chrysostom, Homilies on Matthew 61.5 Saving A Democratic Man
Fr. Stephen Freeman
Can such a man find God, or even be saved? That may sound like a strange question, but it lies at the heart of the modern religious crisis.

Gifts and Talents and the Road to Hell
Fr. Stephen Freeman
The key in these surveys was to determine precisely what gifts and talents someone had, match them with the right ministry, and fit them all together. The end product would be more effective ministry for the parish and happier parishioners. What priest wouldn’t want such a thing?
Comments
×