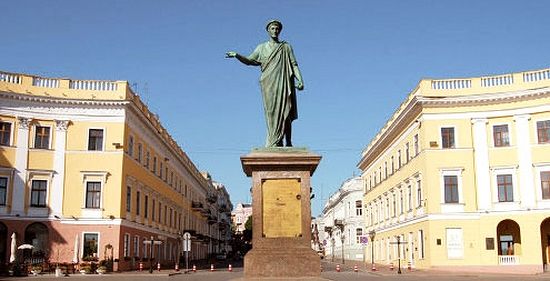 The Odessa District Administrative Court has banned an equality march in Odessa which representatives of the LGBT community planned to conduct.

The court told Interfax the decision was made on a lawsuit filed by Odessa City Council.

Among the arguments presented by the city council was that there are negative tendencies in society about the upcoming event and there is also a high probability of the use of violence against march participants and of public order violations during the event.

Additionally, the court took into account the fact that football marches are scheduled to be held in the city on August 14 and August 16.

The city council is currently not officially commenting on the decision.

In the meantime, the organizers of the event previously said that they still intend to march on the streets of Odessa despite all opposition from the city council and the threats. "If we get an official court decision banning the event, we will file an appeal. If they ban the demonstration on specific streets, it's OK: Odessa is big. We will not give up. The festival will definitely take place!" Alina Rakhuba, one of the organizers of the festival Odessa Pride 2015, said.

The march participants planned to march on Pushkinskaya and Maryinskaya Streets and Prospekt Shevchenko. However, the route has not been approved by the police.

The organizers said over 200 people, including foreigners, have registered to participate in the festival.

The organizers are also seeking to reach agreements with radical forces and ultras that they will not attack them.

They said such agreements have already been reached with some pro-Ukrainian organizations, includingOdesa Self-Defense, Avtomaidan, and Right Sector (extremist organization banned in Russia). However, some members of the organizations do not hide their wish to prevent the equality march from being held. Sergey Sternenko, head of the Odessa division of Right Sector, said: "We will not batter gays, but the march is not going to take place either." He said he believes the event is a provocation.

Clergymen have flatly opposed the march.