The secret behind the Bible’s most highlighted verse 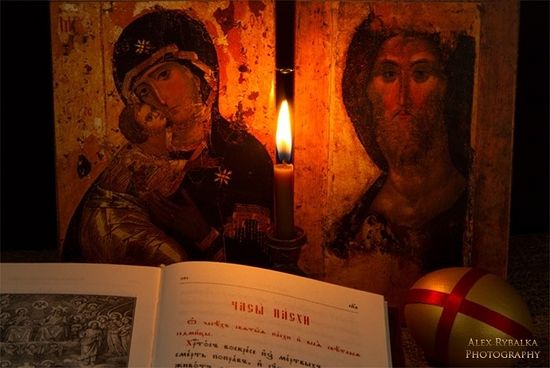 According to Amazon, the book most highlighted by Kindle readers is the Bible. And their favorite passage is Philippians 4.6-7. Here it is from the New International Version:

Do not be anxious about anything, but in every situation, by prayer and petition, with thanksgiving, present your requests to God. And the peace of God, which transcends all understanding, will guard your hearts and your minds in Christ Jesus.

There’s nothing scientific about the survey, but it does seem significant that the most highlighted passage in the most highlighted book addresses worry, doubt, and disquiet. The problem is that these verses don’t fully address the problem. After all, if we read the simple admonition, it’s easy to see Paul as some sort of apostolic Bob Newhart yelling, “Stop it!”

Before someone accuses me of being flip, let me redirect the blame to the people who first invented our scripture notation system.

Paul did not insert chapter and verse numbers in his letters. Scholars in the thirteenth and sixteenth centuries did that. And while this system has its merits, it also creates interpretive problems, including inadvertently altering how we read certain passages and the meanings we take from them.

Paul’s statement is not merely a blunt admonition (don’t do it). It actually comes with its own rationale (you don’t need to do it because. . . ). But the rationale is one we might miss because of the verse numbers.

Commentators before the advent of the numbering system do something different with the emphasis and structure of the passage. The start of verse 6 says, “Do not be anxious about anything,” but it’s connected to the end of verse 5: “The Lord is near.” John Chrysostom and Theodoret of Cyrus both read these as one continuous thought. Chrysostom quotes the passage as, “The Lord is at hand, in nothing be anxious.” And Theodoret’s treatment is the same: “The Lord is near. Have no worries.”

Let me repeat that: “The Lord is near. Have no worries.”

That’s what the passage actually says and what Chrysostom and Theodoret comment on. But the verse numbering causes an unnecessary break, lops off half the thought, and consequently distorts the meaning. That’s particularly true if we’re in the habit of quoting popular verses as standalone notions or reading as granularly as verse-by-verse expository teaching can sometimes lead us to do.

But the truth is we can miss the point even reading straight through. Here’s a side-by-side comparison of several different renderings of the passage, including verse 5. Only the English Standard Version comes close to what Chrysostom and Theodoret are doing. It employs a semicolon, which at least shows the thoughts are linked. But then what’s the point of breaking a unified thought with a new verse number? It’s confusing either way.

Getting the full picture

Read as the ancient Christians read it, Paul’s statement is not merely that we should take our anxieties to God, good as that may be. It’s that the judge of the universe is near so we can have confidence that wrongs will be set right.

It’s not about trying to suppress our worries and trust God, which is for many a necessary but challenging effort that contains within it many of its own worries. That’s the wrong focus. Instead, it’s about the realization that God will soon wipe away every reason for worry. It’s a reminder of our real hope.

Our eyes are on the wrong thing if we’re merely praying to have life’s worrisome aspects eliminated so we can carry on stress free. Rather, we have no reason for anxiety because the judge of all the earth is already on his way.

It’s easier to write these words than live by them. But if we needed to be convinced of anything, it is not that prayer is a means to reduce our anxieties. It’s that Christ is coming.

“The Lord is near. Have no worries.” “For Thine is the Kingdom, and the Power, and the Glory forever. Amen.”
Fr. Alexis Trader

“For Thine is the Kingdom, and the Power, and the Glory forever. Amen.”
Fr. Alexis Trader
The Kingdom, the power, and the glory all bespeak God’s purifying, illumining, and deifying grace that can completely transform the children of Adam into children of light. They are His, indeed. But we also knows that He desires that they be ours. For from Christ’s own lips, we hear about the “kingdom prepared for you from the foundation of the world” (Matthew 25:34). The Work That Saves
Fr. Stephen Freeman
Do we cooperate in our salvation? Do our efforts make a difference?These questions lie at the heart of a centuries-old religious debate in Christianity.
Comments
×