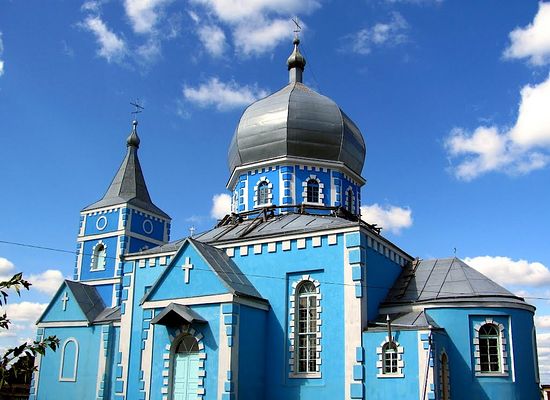 The Moscow Patriarchate has expressed concern over the seizing of Orthodox churches in Ukraine and criticized its law enforcement authorities for inaction.

"Over the past year since the civil standoff began in Ukraine, dozens of clergymen representing the Ukrainian Orthodox Church have been attacked, many dozens of churches have been seized or set ablaze. For some of the clerics, the violence shown towards them by their attackers proved fatal," head of the Synodal Information Department Vladimir Legoyda was quoted by his spokesperson as saying.

Legoyda recalled that the attack was committed in the middle of a prayer service at the church. This "inevitably brings up the memory of grim pictures of the executions of the Orthodox priests in the 1920s-1930s."

"Serious concerns are also raised by the inaction of law enforcement authorities whose job is to be guardians of the law, but who allow youths from radical nationalist movements and splinter groups to act absolutely unlawfully," he said. Schismatics disrupted a divine service and seized an Orthodox church not far from Kiev
Unidentified people rushed into the church during the liturgy, they called themselves representatives of the local self-defence. An Orthodox priest is detained in the Rivne region
Thus, unidentified people punctured tires of cars parked near a church. Also, law-enforcement authorities for no reason whatsoever have now detained at least one Orthodox priest.

80 law-enforcement officers had to go to Pochayiv to maintain order
The police and the Security Service of the Ukraine are trying to find the people who spread the false information on a possible attempt to remove the wonder-working Pochayiv Icon of the Holy Theotokos from the Dormition Pochayiv Lavra and to replace it with a copy.
Comments
×