Peacemaking In a Troubled World

The Lord Jesus said: "I have said this to you, that in me you may have peace. In the world you have tribulation; but be of good cheer, I have overcome the world”  (John 16:33). 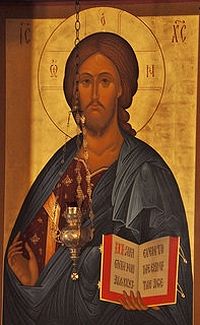 In the Orthodox Church liturgies, prayers for peace abound in the litanies. Additional the celebrant and congregants wish each other peace throughout the services. When the Gospel is proclaimed, peace is wished upon all those listening.

Yet, we know that peace in the world is elusive, even though Christ our Lord commands us to love even our enemies. We pray for and hope for and pursue peace with all, and yet we cannot determine how others will act towards us or towards each other. St. Gregory the Great, (d. 604AD) reflects on the difficulty of wishing to pursue peace in a world in which many are not interested in peace at all, nor are they influenced by or concerned about God. Are Christians only to be Good Samaritans and come in and help those who are suffering, or do Christians have any mandate to resist or prevent evil from occurring, even by the use of force?

Therefore, those who are peaceful should be advised that if they desire human peace too greatly, they might fail to reprove the evil conduct of others. And by condoning that behavior, they will sever themselves from the peace of the Creator – for by avoiding external quarrels, they will be punished for breaking their internal alliance [with God]. For what is transitory peace if not a footprint of eternal peace? Therefore, what could be more demented than to love a footprint, pressed in dust, but not love the one who made the impression?

Thus David, when he would bind himself to the internal footprints of peace, testifies that he did not hold any concord with evil persons, saying: ‘Did I not hate them who hated you, God, and waste away because of your enemies?’ For to hate God’s enemies with a perfect hatred is to love what they were made to be but to reprove what they do; in other words, to reprove the actions of the wicked but to remain of assistance to them. Therefore, we must well consider what a great sin it is if we silence our criticism of the wicked and hold peace with them. […] The peaceful are to be advised that they not fear to disturb the temporal peace by offering words of correction. Again, they should be advised that they keep inwardly with undiminished love that peace that will be disturbed externally by their reproving words. David declares that he has observed both prudently when he says: ‘ With those who hate peace, I was a peacemaker; when I spoke to them, they fought against me without a cause.’Notice that when he spoke, he became embattled, and yet, despite this opposition, he was peaceful. He did not cease to correct those who were incensed against him, nor did he cease to love those whom he reproved. 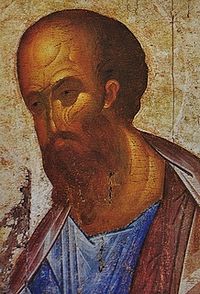 Peace is to rule in our hearts, even if we have to confront evildoers and those who disturb the peace. We should defend what is good and right without losing the peace that comes from Christ.

Blessed are the peacemakers, for they shall be called sons of God (Matthew 5:9).

Meditations of an Orthodox Priest Forgiving Others
One of the most distinctive teachings of the Christian faith is freely to forgive others.

"It is our fault that there are people who do not know Christ"
Metropolitan Athanasios of Limassol talks about end times, trust in God and the mission of Church
Metropolitan Athanasios of Limasol
Confession is the simplest way to learn what people think about and to understand their problems or concerns. I am very happy when people view their bishop as their father. I am happy when I know that people can come to my church and find me there to tell me about their problems.
Comments
×