What Abortion Rhetoric Says About the State of Our Souls 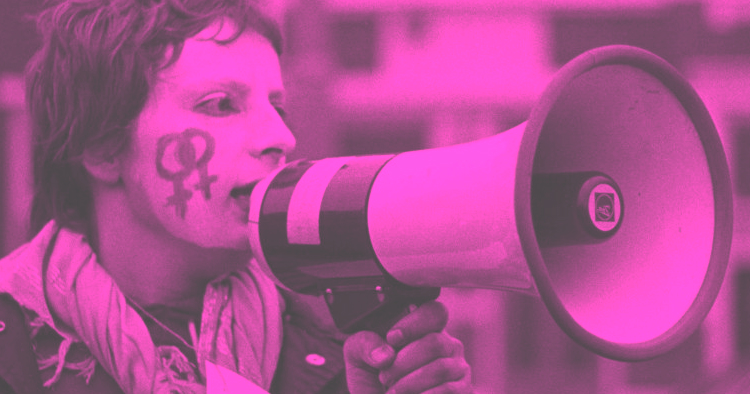 If you want to understand how people justify their behavior, look at the language they use. The less emotional the words, the easier it is to rationalize the actions.

We’re watching this play out with Center for Medical Progress’s ongoing Planned Parenthood exposé. But we’ve already seen where it’s going in the larger abortion debate—and the trajectory should give us pause.

It’s worth looking at the evolution of abortion rhetoric in three stages.

In the early days of the abortion debate, it was popular to deny the humanity of the unborn child and thus the tragedy and culpability in taking its life. Ayn Rand offers a fairly standard example of the thinking. “A proper, philosophically valid definition of man as ‘a rational animal,’ would not permit anyone to ascribe the status of ‘person’ to a few human cells,” she said in 1981.

And Rand knew exactly what’s at stake in this rhetorical maneuver. “A piece of protoplasm has no rights—and no life in the human sense of the term,” she said a few years earlier. “[B]y ascribing rights to the unborn, i.e., the nonliving, the anti-abortionists obliterate the rights of the living: the right of young people to set the course of their own lives.”

If we acknowledge the child as a human person, in other words, we can’t kill it and get on with our agendas. So let’s instead call it “a few human cells” or “a piece of protoplasm,” comparable to an overlong fingernail that you can simply trim and discard. By verbally creating emotional distance, you can do whatever you want with it.

Ah, but there’s a catch.

While easy to create, that distance is hard to maintain. “When the embryo is one month old it is a tiny mass of tissue, with no resemblance to a human being,” says a text quoted in Women and Their Bodies, a book first published in 1970 that went on to sell over four million copies in various editions under the title Our Bodies, Ourselves.

But what’s most telling is the observation that follows. “The earlier the abortion is done ... the easier it is on the doctor.” Why? It turns out that “pulling out an arm and then a leg” closes the emotional distance in a hurry. People people carving up protoplasm is one thing. People carving up people is quite another.

And all those arms and legs kept multiplying.

“From late the 1970s until the mid-1990s,” says Frum, “the number of abortions in the United States seldom dipped below the 1.5 million mark.” But despite the rhetoric, all those arms and legs eventually bothered even more than the doctors’ consciences.

In 1995, the young feminist writer Naomi Wolf finally threw a flag on the play. In “Our Bodies, Our Souls,” an article for the center-left New Republicshe said that abortion advocates were at risk of killing their own souls by refusing to fully reckon with reality. “[W]hen we defend abortion rights by emptying the act of moral gravity, we find ourselves cultivating a hardness of heart,” she wrote.

Pro-lifers may parade gruesome pictures in public, she said, but the humanity they depict is undeniable. By then, advancements in medical research had not only provided a clear window on fetal development, but also created a booming market in prenatal tips and products, all of which presume the unique humanity and personhood of the unborn child. Said Wolf,

This has led to a bizarre bifurcation in the way we who are pro-choice tend to think about wanted as opposed to unwanted fetuses; unwanted ones still seen in schematic black-and-white drawings while wanted ones have metamorphosed into vivid and moving color ... So, what will it be? Wanted fetuses are charming, complex, REM-dreaming beings whose profile on the sonogram looks just like Daddy, but unwanted ones are mere “uterine material”? [Worth reading in full, Wolf’s essay was here republished for Roe’s fortieth anniversary.]

Despite her insistence on the humanity of the unwanted, her refusal to empty abortion “of moral gravity,” Wolf remained pro-choice. Given the weight of taking a life she was prepared to see as fully, totally, incontrovertibly human, however, abortion was to her a dreadfully serious choice, one to which too many people too easily resorted. Remember Frum’s number: 1.5 million abortions a year.

That number has since gone down, perhaps owing to the reckoning that Wolf advocated. But it’s still over a million a year. How is that possible given what we now know about the humanity of the child? As the saying goes in another debate, the science is settled.

We’re past Stage 1 and the effect of Stage 2 has been felt. We’re not talking protoplasm anymore; we’re talking people. And we all know it. But people still want abortions, lots of them. And that has painted us into a very morally disturbing corner. Yes, it’s a human child. Yes, I’m going to kill it anyway.That’s the moral calculus today.

“[T]hroughout my own pregnancies, I never wavered for a moment in the belief that I was carrying a human life inside of me,” Mary Elizabeth Williams wrote for Salon when Roe turned forty.

I believe that’s what a fetus is: a human life. And that doesn’t make me one iota less solidly pro-choice ... If by some random fluke I learned today I was pregnant, you bet your ass I’d have an abortion. I’d have the World’s Greatest Abortion.

Williams justified this by saying she’s over forty and in an experimental drug trial. But, according to the Guttmacher Institute, most the women who get abortions are in their twenties and decide to abort because they don’t want the responsibility of raising a child or their freedom and life choices limited by a surprise pregnancy. Roughly half use no contraception to prevent creating the life they subsequently decide will be too burdensome to deliver.

I’m not vilifying these women. Many are frightened by the prospect of going through with their pregnancies, vulnerable, and pressured by family or others. But how can we rationalize killing humans for what can only be considered relief or convenience? Easier than you’d think.

“All life is not equal,” says Williams. “[A] fetus can be a human life without having the same rights as the woman in whose body it resides. She’s the boss. Her life and what is right for her circumstances and her health should automatically trump the rights of the non-autonomous entity inside of her.”

The fact that Williams’ argument could just as easily exculpate a parent drowning a child with Down syndrome (or practically any child for that matter) is evidently of little concern. What matters is freedom and self-determination, and what do I care about the rest?

“Personal freedom is paramount,” said one advertising executive when asked her thoughts on rebranding the pro-abortion movement. “[T]he idea of government limiting your full participation in the world (professionally, economically, socially, et cetera) simply because you have a vagina [is] an insufferable limitation of rights and freedoms.”

So while the total number of abortions is down—thank God—the moral state of our nation is arguably worse off nonetheless. We’re knowingly ending human life because, well, some lives matter more than others. Everything Wolf feared about losing our souls is coming true. We had the reckoning and just shrugged our shoulders.

So where does that leave us with the our current Planned Parenthood situation?

A Wink and a nod

It’s hard to escape the thought we’re watching these same stages play out in CMP’s Planned Parenthood videos. On the one hand we have researchers, executives, and others quick to use dehumanizing terms like “product of conception” or “intact cases,” while at the same time actually laughing over a meal about the shock of dead human eyes staring back from an open shipping container.

It’s all just tissue for research, but those vacant eyes still possess enough humanity to wink and accuse and judge. You don’t need science to tell you that, just the same humanity possessed by the mutilated creature there in the box.

We’re back at Stage 2, a new point of reckoning. There’s no way to deny any longer or play games with words. We’re talking about the trafficking of human body parts, harvested—it would seem—with the intent of driving profit. We cannot afford to shrug our shoulders, or we risk killing our very souls.