An amateur film on the modern Orthodox ascetic of piety from Holy Mount Athos, Schema-Monk Anthony of Zograf, who reposed on Mt. Athos in 2000 at a very young age, has appeared on YouTube, reports Dveri.bg. 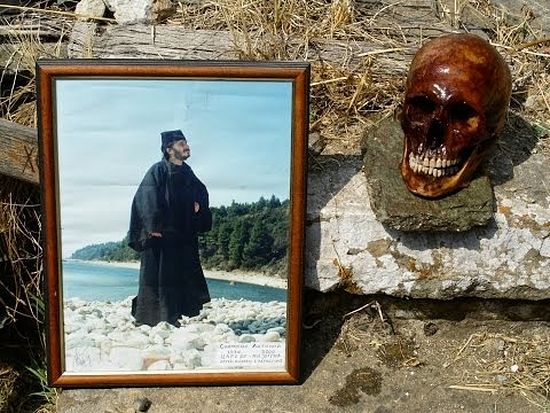 The film’s author, Sonya Ankova, describes her work as “a modest amateur film on blessed Schema-Monk Anthony of Zograf.” According to S. Ankova, her aim is to provoke the interest of professional documentary film makers, so that they could examine the life of the monk, whose incorrupt relics (taking into account eyewitnesses’ evidence) were uncovered not long ago, and make a professional film on Fr. Anthony.

The current film consists of reminiscences of friends and other people who knew Fr. Anthony and related stories of his life in Sofia and on Mt. Athos. The documentary comprises the reminiscences of Schema-Monk Cosmas of Zograf, Fr. John Chikalov, Rector of the capital’s Church of St. Parasceva, Nina Komarova, worker of the Church of the Holy Week in Sofia, Martin Ralchevsky, a writer and close friend of Schema-Monk Anthony, and Darin Alexiev, a teacher at the Sofia Theological Seminary of St. John of Rila.

Monk Anthony (secular name: Todor Krystev Djambazov) was born on February 25, 1974, in the Bulgarian town of Tsarevo (formerly called Michurin). In 1992 he enrolled in the Faculty of Theology at the University of Sofia and graduated from this university in 1997. On August 6, 1996, he was tonsured a monk at the St. George’s Monastery of Pomorie in Bulgaria by Metropolitan Joannicius of Sliven, taking the name of Anthony.

Upon completion of his theological education Fr. Anthony moved to Holy Mount Athos (he moved there as a layman so as to avoid problems with the Greek authorities). The Zograf Monastery’s community gladly accepted him. A month before his death on March 3, 2000, Fr. Anthony took the great schema.

Atma Edwards7/17/2019 9:50 am
Referring to this amazing and most Blessed video, it would be so helpful if it had English subtitles. Much Gratitude.

David Robles 4/12/2019 5:06 am
Greetings!
Could anyone add English subtitles to this video please?
I wish there was a translation of Schema monk Anthony's life into English!
Thank you!
×