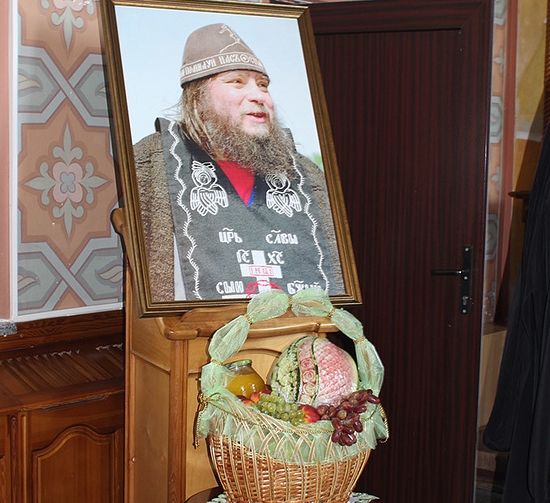 On August 29, 2015, Schema-Archimandrite Zosima (Sokur: 1944-2002), founder of monasteries and confessor of the Donetsk Diocese of the Ukrainian Orthodox Church (UOC MP), was commemorated on the 13th anniversary of his repose by the Dormition Monastery of Sts. Basil and Nicholas in the Nikolskoye village (consisting of two communities: the community of monks in honor of St. Basil the Great, and the community of nuns - in honor of St. Nicholas), reports Donbass Pravoslavny. 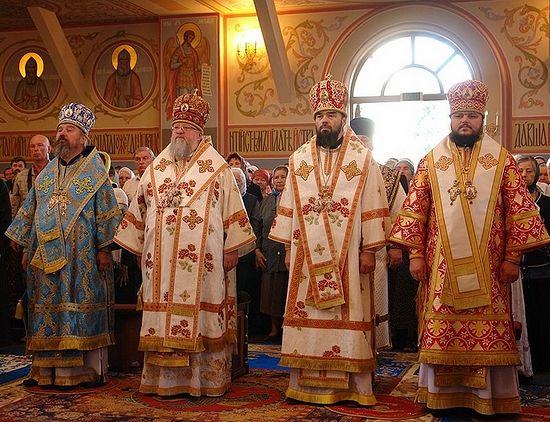 The solemn Divine Liturgy at the Holy Dormition’s Cathedral of the monastery on that day was headed by four archpastors: Metropolitan Hilarion of Donetsk and Mariupol, the monastery’s abbot; Metropolitan Mitrofan (Metrophanes) of Horlivka and Sloviansk; Archbishop Varnava (Barnabas) of Makeevka; and Bishop Ephraim of Berdyansk. Clergy of the Donetsk Diocese and the ordained monastery brethren concelebrated the hierarchs. 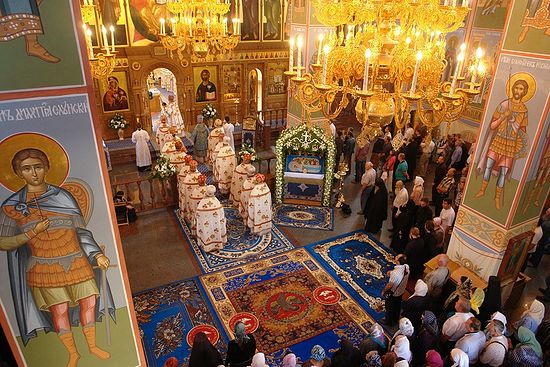 After the Divine Liturgy the clergy, brethren and pilgrims performed a litia for repose of the ever-memorable blessed elder Schema-Archimandrite Zosima (Sokur) in the chapel where the monastery’s founder is buried. A Contemporary Voice From Holy Russia: Elder Zosima (+ 2002)
Reposed August 16/29
The main lesson of the Elder was that the greatest joy is the joy of living with God, which nothing can ever take away. He taught this in his life, he taught this also in his death. Those who saw the Elder's face in death, saw joy and an unearthly rejoicing on it. After his holy repose, many saw the Elder in dreams, announcing: “I am still alive” and “Zosima is risen.” In particular he left in his will instructions regarding the Church. He prophesied difficult times for the Ukraine, instructing all to follow and be faithful to the Russian Orthodox Church.
Comments
×