Making Death into a Means to Spiritual Transformation 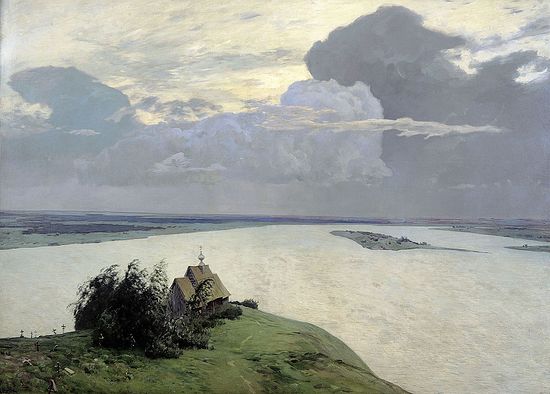 In a 1789 letter to Jean-Baptiste Leroy, Benjamin Franklin wrote, “In this world nothing can be said to be certain, except death and taxes.” Yet, most of us spend our lives doing everything possible to avoid them both. Even when a loved one dies some try to escape this grim reality by holding “celebration of life” events rather than a more traditional wake or funeral service. We are surrounded and inundated by cheery, but inane, messages proclaiming youthful vigor, rejuvenation, and bliss in marketing campaigns. All of this makes the grief process more difficult and a search for meaning all the more obscure.

However, Benjamin Franklin is still right: death is a certainty. Prior to our own death, we will in all likelihood experience the deaths of those close to us. Some will be younger than us, and others older. We will be confronted with the reality that earthly life is finite. For some people, this will be unbearable and will lead them to escape into alcohol, drugs, or an endless search for distraction, pleasure, or both. Some will create “bucket lists” of things to do before death in order to somehow remove the sting of their demise as if fulfilling such a list will create meaning and value for one’s life.

In his article, “Bereavement and Spiritual Change” (1999), David Balk writes, “Bereavement is a life crisis that challenges one’s assumptions about human existence and provides the grounds for spiritual change. Construing a new understanding of the meaning of human existence and revising one’s assumptions about one’s place in the universe is a singular form that indicates spiritual change at work.” In other words, the loss of a loved one forces us into a situation in which we must look at what we believed about life, about time, and about the universe and then decide if those beliefs are really serviceable. We look for new answers and find ourselves compelled to look beyond ourselves and it is in that beyond that we encounter the life of the spirit that is not subject to time. Balk further asserts that in order for this spiritual change to occur, three criteria must be present: “1) a psychological imbalance or loss of equilibrium must be present that is not easily overcome or dismissed, 2) sufficient time for reflection must be present, and 3) the grieving person’s life must be forever altered by the crisis.” Imbalance and change are givens, what matters most is the use of one’s time to ponder and most of all to pray.

We see this spiritual transformation in the lives of the Apostles. The crucifixion caused an imbalance or disequilibrium in their souls that could not be dismissed; it altered their lives forever, but in the time following the crucifixion they began to see everything in a new and glorious light. It changed what they valued and what they considered to be important, making these once fragile men into beacons of light, hope, and holiness. For example, before the crucifixion Peter rebuked the Lord for speaking about His death, a rebuke that brought as a response “Get thee behind me Satan.” But afterwards the crisis of Christ’s death and resurrection, Saint Peter’s heart was purified, illumined, and filled with the light of his Risen Lord. Thus, his teaching would come from totally different perspective, another world entirely: “it is better, if the will of God be so, that ye suffer for well doing, than for evil doing. For Christ also hath once suffered for sins, the just for the unjust, that he might bring us to God, being put to death in the flesh, but quickened by the Spirit” (1 Peter 3:17-18).

Rather than shunning death, the Christian touches death, handles death, even kisses death: “Come, brethren, let us give the last kiss unto dead.” And the Christian ponders what this means: “With what can we compare our life? In very truth unto a flower, smoke, and the morning dew…This transitory life is a fleeting shadow and an illusive dream” and the Christian soul comes to the conclusion “Let us flee far away from every worldly sin, that we may inherit heavenly things”(final stichera from the Funeral Service for a layman).

In his book, Christ, Our Way and Our Life, Archimandrite Zacharias writes about the crisis of death and its mysterious, salvific character: “Considered within the whole mystery of Christ, death is transformed into a challenge on a sublime and metaphysical level, which inspires ‘repentance unto life’, and mindfulness of death proves to be a gift of the Holy Spirit…The purpose of his (man’s) pre-eternal destiny is the acquisition of eternity as an inalienable possession…If life comes to a definitive end with death, it has absolutely no meaning. Awareness of our mortality poses the problem of eternity without accepting concession to anything except God. The grace of God, which seeks out the lost sheep wherever he may be, is able to provoke man seizing him by the throat’, and intensifying his quandary by bestowing a mindfulness of death, which—according to the experience of Fr. Sophrony—proves, as scalding as a ‘mass of molten metal’.”(p. 75)

The only answer to the crisis of death and the shaking of one’s world to the very foundation is God. Christian ascetics have the remembrance of death constantly before their eyes in order to keep themselves virtuous, sinless, and oriented towards eternity. They consider the remembrance of death to be a great and precious gift. When the death of a loved one comes to any of us, that gift is placed in our hands and now we have an inner crisis that requires our response.

Archimandrite Zacharias adds, “…death has a dual effect and can be envisioned in two ways; the same was true for the tree of the knowledge of good and evil in Paradise. Considered within the whole mystery of Christ, death is transformed into a challenge on a sublime and metaphysical level, which inspires ‘repentance unto life’ (Acts 11:18), and mindfulness of death proves to be a gift of the Holy Spirit…Although initially man can see no way out, in fact, it all depends on how he directs his spirit at this point. To the man who finds himself in this overwhelming state of increasing mindfulness of death and deep spiritual suffering, two apparent solutions may suggest themselves. The first is to treat death as an inevitable fact of nature, or no account, utterly insignificant-one less man on earth. If man acquiesces to this suggestion, the fire of God’s calling is extinguished and everything ends with the grave. The second way of thinking rejects the first out of the deep feeling, desire, and yearning that man has in himself for life, as well as out of the very nature of mindfulness of death, for it attracts man to true life. Taking this ‘way out’, man would refuse even millennia of pleasure-filled existence, because the spirit which is in God’s image seeks after eternal life. This is where he finds the true solution, as long as he avoids the temptation to blame God for his spiritual suffering, for this would engulf him utterly in the abyss of darkness. If he instead resorts to prayer, he will be born anew.” (p. 79)

The reality of death doesn’t require a bucket list, distractions or pleasure-seeking. Rather, death is a call to life, an eternal life promised to us in the Garden of Eden and fulfilled in the death and Resurrection of our Lord, God, and Savior Jesus Christ. In the death of someone close to us, part of us will die. There is no way to avoid that. But, the whole of us can also be born in anew. If we turn to God, if we turn to prayer, if we strive to fulfill the blessed commandments of Christ, that painful death can be the onset of a more beautiful life, a life even closer to God. And that will give us, another reason, perhaps the most important of all, for being grateful for the beloved one who is now asleep in the Lord.

Sally Iloff9/6/2015 6:42 am
It is wonderful explanation for all of us believers to remember Christ the Lord and Savior! His holy death for us, the glorious resorection and ascending to heaven. We always need to remember as children of God here is not our permanent place. Father's Kingdom is!
×