In the years that we have been working here we have repeatedly had great difficulties trying to find suitable land in densely populated areas in order to build centers and churches, where the newly illuminated natives would be able to be catechized, assemble, worship God, get to know and experience the living Orthodox faith.

All the central spots in busy districts are already occupied by various heretical doctrines, which are, incidentally, housed in prestigious buildings. This hurts us deeply. We feel that the Orthodox Church deserves the best, not for human glory but for the glory of real God. However, over time there have been several occasions when we have had the chance to see that God Himself provides and finds various solutions His own way.

So, a few years ago, it was thought a great blessing for us to be able to buy at a very reasonable price – which made everyone wonder – a central building plot in a region where an Orthodox core of fervent natives had been formed many years before.

The initial joy of finding that beautiful piece of land did not last long as it was soon replaced by problems and temptations coming from everywhere. Christian and Muslim groups began to resent the unexpected “growth’ of an Orthodox church among them! 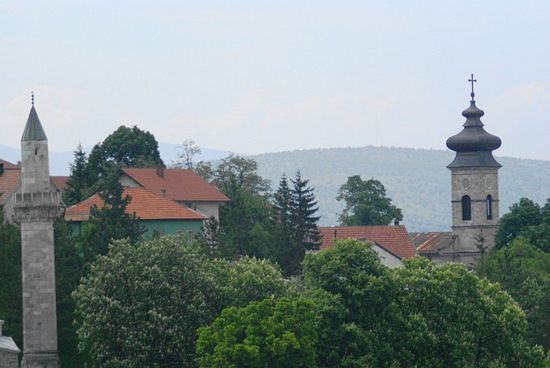 From then on a great spiritual struggle started off. The zeal of the faithful natives led them to go to that place every day and pray in faith and pain. “How could we possibly avoid temptations and how could we not expect to have help from above?” they said.

We repeatedly received anonymous threatening telephone calls and not only. Slanderous comments were often disseminated about the Orthodox partners working in the region. The greatest difficulty, however, was yet to come.

Suddenly, the Muslims raised territorial claims and demanded that the land be kept as it was and that an Orthodox church should not be erected there; as a result, we started a legal but time-consuming and tedious procedure of discussions with local and Muslim authorities in order to find a solution.

The state would not grant us permission to build anything unless we had the formal consent of the Muslims; thus what followed was a number of meetings with leading Muslim officials in order to resolve the problem.

The effort was hard and the negotiations, delicate and difficult, aimed at the settlement of the land issue with our Church undertaking all the expenses. It often crossed our minds to give up the whole thing, but that thought was weaker than our desire to fight as strongly as we could for the good of the Church, and God was sustaining us all throughout this ordeal. Behind every cloud there is a silver lining!

Our meetings with the Muslims began, and despite the various obstacles, they were continued. In the negotiating Muslim group, one of the representatives of the Muslim community was the mufti. The position of the mufti is considered significant and is highly esteemed. The person occupying it is mature, with deep knowledge of the Quran, but at the same time a benevolent and wise man.

In one of our meetings, apart from the problem that was occupying us, the debate extended to matters of faith. On the one hand, we truly respect everyone’s right to have their own beliefs, but on the other, where circumstances permit, we boldly confess our own faith, which is our strong confidence in True God, who revealed to us His Trinitarian nature, descended from Heaven, became incarnate in the person of Christ, suffered and rose again to save humanity.

These days, after a long struggle, we began to see the first fruits. We are in the final stage of engagement, and the whole thing seems to be nearing completion. It is certain that the fervent prayers of the Orthodox indigenous people as well as those of our Greek brothers have been heard. 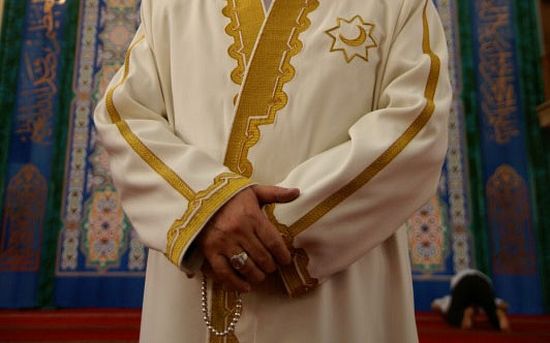 So while the issue of land had been virtually settled and was in the final phase and naturally there was no formal reason for a meeting with the Mufti, the Muslim leader came to our Mission office in order to meet us.

Alone, without the accompaniment of his co-religionists, hesitant and modest this time, and without the familiar air of the leader we had become accustomed to…

He came alone and humbly opened his heart confiding the following admirable thing to us:

I have come to realize that Christ is the truth! And that you, the Orthodox Church, hold true faith 100%. So please, go to my village, teach my fellow villagers about your faith and baptize them! They are suffering because of ignorance. Actually, you will do an act of great benevolence if you build a church for them!

We were all taken by surprise when we heard that. We talked to him, encouraged him and told him to be baptized himself. At that point he did not say much. Utter silence followed. … We realized that if a Muslim who holds an important position dared to change his religion, this conversion would not leave indifferent the fanatics of his faith, all those who ruthlessly take people’s lives without the fear of the God of love…

As you can imagine, we were astonished! He left the Mission office promising once again to do everything possible so that we could overcome the last obstacle and build our church.

God works in mysterious ways! It is really difficult for each one of us to make the right choices. Evil works are usually easy to do, but they soon bring more evil, while every honest shift to the good takes strenuous efforts and sacrifices, small and big.

Therefore, we should never fall into despair for any reason! We have a living God and a powerful weapon: prayer. We have invisible bullets that can invert complex and seemingly dead-end situations. Let us all dedicate ourselves to doing the right thing, to the spiritual struggle, in order to be able to move on and make progress!

Let us send our fervent prayers to God for each difficulty that arises. And let us pray wholeheartedly for the mufti and every mufti that feels trapped in his position. Let us pray for our country and for every nation to find true God. Let us pray for all of us, the Orthodox Christians, to be able to keep true faith since we were made worthy to find it, because it is the only valuable treasure in our lives. Amen! How St. Xenia helped a Muslim Woman Become an Iconographer
Olga Lunkova
I was born to a Muslim family. Both of my grandmothers were believers and prayed the namaz. My father’s mother was particularly pious—she prayed several times a day according to the Muslim custom, and she taught me the Muslim prayers.
Comments
×