The Four Senses of Scripture

This article is made up from Chapters of Fr. John's books, Called To Serve: A Basic Bible Survey for Orthodox Christians, and Interpreting the Bible the Orthodox Way: Learning to See the Bible with the Mind of the Spirit. 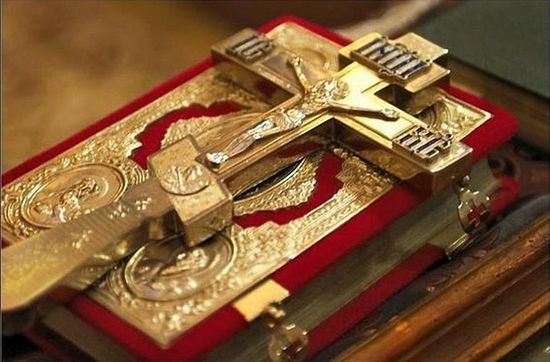 On the Four Senses of Scripture

When we look at the Bible, we do realize that multitudes of souls have read these works, and come up with very divergent understandings of what the Bible is saying. We, however, want to avoid novelty in our interpretation, and see things with the eye of the Spirit, in the mind of the Church; that is, the way the Church has always seen them.

St. John Cassian expresses the mind of the Church with precision and clarity, and identifies four senses or kind of Biblical interpretation. These four senses have been the Church’s mind about the Scriptures from the time of the Apostles!

There are fancier and more technical words for these commonly used by scholars, but you don’t need to know those right now.

The Literal sense is what the author wrote, and what he plainly meant by what he wrote.

Metaphors are a part of the literal sense. For example, when St. John writes that Jesus says “I am the Vine…” He does not mean that Jesus is saying He is literally a plant. When the Bible records Jesus saying “I am the door”, no one seriously believes Jesus is saying He is a piece of wood with a handle and latch. He means that this language is a symbol for the reality. He is a vine, in the sense that we get our life from Him, as a branch does from it’s parent vine. He is a door in the sense that to get to the Father, we must go through Him.

The Typological sense is the sense that refers to Christ in types, or prefigurements. We see these everywhere in the Old Testament. St. Paul even uses the word ‘type,’ in two of his letters.

“Adam was a type of Christ…”

“Things that happened in the desert to Israel during the Exodus are types for Christians.”

Memorize these two now. The word type means a mark, or imprint, as one would leave from a blow, like a handprint.

The Moral sense refers to the personal, moral and spiritual interpretations which have rightly been made over the centuries. We apply these lessons to ourselves, and they teach us very specific things about the spiritual life in Christ.

“Blessed is he who takes your little ones, and dashes them against a stone.”

Taken literally and physically, this is horrific, but in the moral sense, ‘little ones’ means ‘little sins’, sins which have only begun and have not gained strength. Blessed is he who destroys them by dashing them against the Rock of our salvation – our Lord Jesus Christ. Other examples of the moral sense can be seen in a multitude of our liturgical texts, and especially in the Penitential Canon of St. Andrew of Crete, which you can hear during the first week of Lent in any Orthodox Church.

The Eschatological sense simply means the interpretation of Scripture as pertains to the end times. This is not always what you may think, and not limited to the books of Daniel or Revelation. A common example of all of the four senses of Scripture can be seen in the Biblical city of Jerusalem.

In the literal sense, Jerusalem is a real city in Israel, the capital of Israel. It is mentioned in the Biblical text as a city which really existed. It even exists to this very day.

In the typological sense, Jerusalem is the Church. It is the city on a hill, illuminating the whole world with its holiness and truth. It is the new, True Israel.

In the moral sense, Jerusalem is the soul of the believer, the interior city of the King of Glory.

Notice, the modern city of Jerusalem does not figure at all in our interpretation – this may be bad news for end times ministries, but that’s the reality of Orthodox Biblical interpretation.

Without the foundation of the literal sense, mythical and pointless allegorizing would have no end.

Want to read more? Pick up the Workbook this article is taken from.

“Knowing this first, that no prophecy of the scripture is of any private interpretation.”

The place to hear the proper interpretation of the Church’s Scriptures is – surprise – the Church. An Orthodox Look at English Translations of the Bible
Fr. John Whiteford

An Orthodox Look at English Translations of the Bible
Fr. John Whiteford
If one wishes to study the Scriptures, one of the most important things that he must do is to acquire a good translation of the text, unless he just happens to know Biblical Hebrew, and Koine Greek. Especially nowadays, when it seems there is a new translation or study Bible that is published each year, it is not a simple choice to make.