Is it ever Good to be Impulsive? 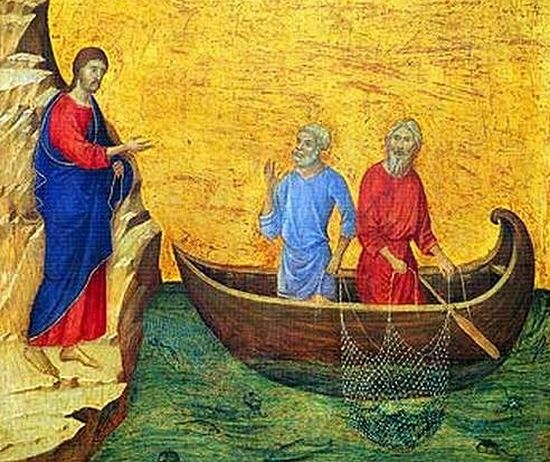 Although in most cases from a Christian perspective, impulsivity needs to be kept in check, there is such a thing as a good kind of impulsivity. We see such “blessed impulsiveness” in the Apostle Peter and in the other Apostles who left their nets to follow Christ. There was no careful weighing the proposition or slowness to move, but instead a ready, cheerful, almost instantaneous wholehearted obedience. “They did not delay, they did not procrastinate, they did not say, ‘Let’s return home and talk about it with our relatives,’ but ‘they forsook all and followed,’ even as Elisha did to Elijah. Christ desires for us to have this kind of obedience, so that we do not delay for even a moment” (Saint John Chrysostom, Homily 14 on Matthew). This kind of “impulsiveness,” furthermore, brought about a beautiful transformation. Throughout Scripture, we see other examples of this blessed impulsiveness: “For if the graceless soul obeys God it puts off its ungracefulness, and becomes full of grace. ‘Saul! Saul!’ it was said, ‘why persecutest thou me?’ and he replied ‘and who art Thou Lord?’ ‘I am Jesus.’ And he obeyed, and his obedience made the graceless soul full of grace. Again, He says to the publican ‘Come follow me’ and the publican rose up and became an apostle: and the graceless soul became full of grace. How? By obedience. Again He said to the fishermen ‘Come ye after me and I will make you to become fishers of men;’ and by their obedience their minds became full of grace” (Saint John Chrysostom, Homily 2, on Eutropius). On the other hand, there are also examples in the Gospel of those who carefully weigh their choices, choose wrongly, and would have been better to follow their first enthusiasm like the young rich man who asked what he should do to attain eternal life.

For those in the Church, though, the difference between dysfunctional and functional impulsivity is not simply based on the results, but on the state of the soul. The rational, not particularly impulsive, young rich man who did not accept Christ’s offer to follow Him was, according to the Fathers, very much bound by the love of his possessions that did not enable him to respond freely and easily to Christ’s most gentle presence. Saint John Chrysostom remarked, “In this example, see how strongly his passion manifested itself. Even though he came to Christ with joy and boldness, the passion so overwhelmed him and weighed him down that it did not allow him to answer Christ when commanded to cast aside his riches, but silenced him and caused him to go away dejected and sullen” (Homily 53). Just as passions can make one more impulsive in a dysfunctional way, so the passions can make one less impulsive in a functional way!

For those who are impulsive, it is certainly worthwhile to cultivate the positive traits of the functionally impulsive, namely optimism, maintaining a high energy level, and taking a risk when it comes to following the way of Christ. Responding to God immediately or straightway (εὐθέως) as the Apostles did is a powerful virtue that contains within it, humility, hope, obedience, and love. Going the extra-mile, turning the other cheek, and being a cheerful giver are examples of letting blessed impulses guide us. Those impulses certainly need to be cultivated. And they are certainly functional in so far as they have the function of keeping us on the path that leads directly to the kingdom of heaven. Conversations with Abba Isaac: Saint Paisios and Positive Thinking
Fr. Micah Hirschy
Saint Paisios has written, “You will be greatly assisted by Abba Isaac of Syria, because he helps us understand the deepest meaning of life. Furthermore, he helps the man who believes in God to drive away every complex, great or small. A little studying of Abba Isaac transforms the soul with its many spiritual vitamins.”
Comments
×