A Sunday Walk Through Murom: The Town of Saints Peter and Fevronia 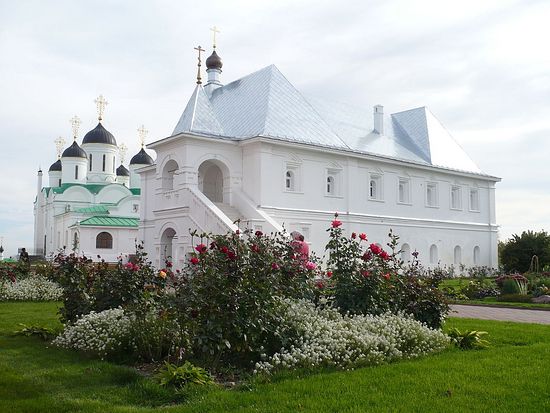 The ancient Russian town of Murom, founded in 862, can undoubtedly be ranked among the pearls of the Vladimir region. It is the home-town of the brave knight Ilya Muromets, the hero of Russian medieval folk poems, and of saints Peter and Fevronia, the holy noble couple who are revered as patron saints of marriage and family. 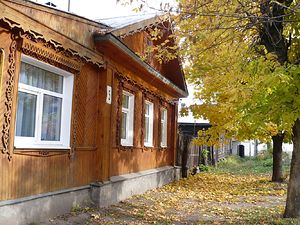 Traditional Russian wooden house
Walking through the historical streets of Murom, you can feel the breath of the centuries. Wooden houses with traditional Russian ornaments, ancient churches and monasteries—the eternal abode of the Murom saints. Steep streets take us from the river Oka to the heart of Murom, the Holy Trinity Convent, which houses a great treasure, the holy relics of saints Peter and Fevronia. The holy couple, revered throughout the Orthodox world as patron saints of marriage and family, piously governed the town of Murom in the early thirteenth century. After taking monastic vows towards the end of their lives, they entered different monasteries, but died at the same day and hour. Joined in this earthly life, they entered the eternal life together. The holy couple had expressed a wish to be buried in the same tomb, which they had prepared for themselves in the town’s main cathedral. But, since people thought it improper for a monk and a nun to be buried together, they paid no attention to the last wish of the holy ones and buried them separately. Nevertheless, the next day they were miraculously found in the tomb together in the cathedral. The wonderful story of their lives is among the jewels of Russian medieval literature. 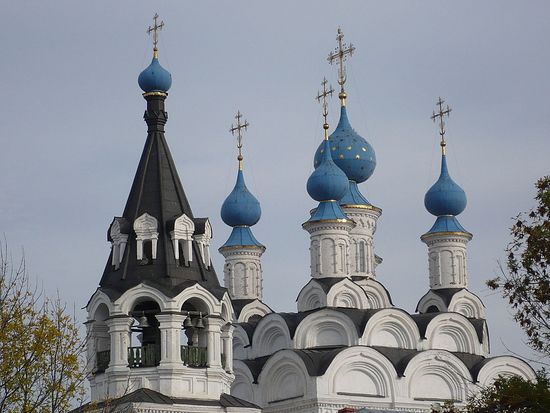 Next-door to the Holy Trinity Convent is the Annunciation Monastery, founded by Tsar Ivan the Terrible in 1553. The Annunciation Monastery holds the relics of Sts. Prince Constantine of Murom, his wife Irina and their sons Michael and Theodore. Among the ancient icons of the cathedral, where prayers have risen up almost unceasingly for five centuries, it seems as if time has stopped. The grace from the time of Saint Basil of Ryazan (+1295) who used to pray on this spot, being a bishop of Murom, seems to linger still in the air. Silence with a fragrance of eternity … 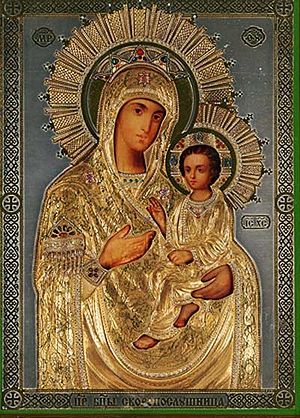 She Who is Quick to Hear
After a walk of some hundred meters through quiet streets, you find yourself in front of the Transfiguration Monastery. Founded by Holy Prince Gleb at the dawn of the eleventh century, it is considered to be the oldest monastery in Russia. The monastery was closed by the Communists shortly after the revolution, and the first monks who returned to this holy place in 1995 found the buildings in a very poor state. But with the miraculous return of the monastery’s wonder-working icon of the Mother of God “Skoroposlushnitsa” (“She Who is Quick to Hear”), which had been lost during the Communist years, the monastery began to flourish once again. Today, restored to its former beauty, the monastery is as a piece of Paradise on earth. The ancient churches are surrounded by wonderful rose gardens, which blossom until late autumn. 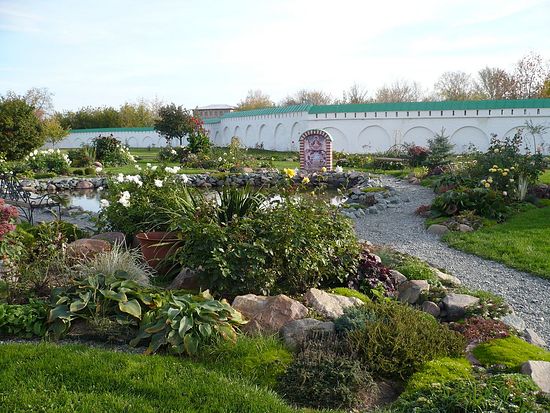 Autumn in Kostomarovo
Johanna Hansson
By the river Don in southern Russia, there is a unique place called “The white hills of Don.” 40 cave monasteries, according to some theories dating back to the first centuries A.D., have been found in the area. Today, some of the cave monasteries by the Don are living through a revival. Sts. Peter and Fevronia
A Priest's Letter to His Flock

Sts. Peter and Fevronia
A Priest's Letter to His Flock
Archpriest Serge Kotar
A healthy and moral society is built on the foundation of the Christian concept of family, which is under direct attack today. The enemy of our salvation understands this and does his evil best to destroy in our minds and hearts any understand of true family life.