The Gift of Life

Today in his daily morning meditation, Abbot Tryphon of the All-Merciful Savior Monastery (ROCOR) on Vashon Island, WA, offers an insightful word on the tragedy of abortion. 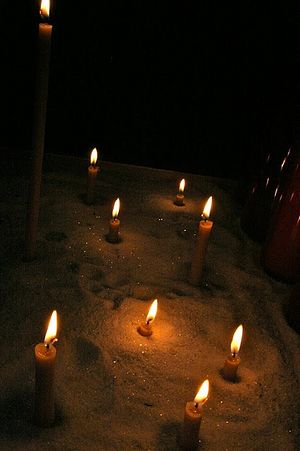 God's Gift of Life is Sacred and Must be Protected

The beheadings of innocent men and women by the followers of the “Caliph” of the Islamic State, has caused shock throughout the world. How these followers of Islam could be so depraved is beyond the comprehension of civilized people everywhere. Yet another form of murder, just as cruel and depraved, is the killing of the unborn child in the womb.

We are living in a period of history that has seen the cause of human rights take the forefront as never before. We champion the cause of equality under the law for minorities, and continue the struggle for equal rights and equal pay for women, but ignore the rights of the most vulnerable among us, the unborn. We’d rather kill the child in the womb than deprive ourselves of a lifestyle that would be hampered by a baby. Sexual gratification takes priority over the right to life of the unwanted child that is the result of our unchecked lust. We deny the humanity of the unborn by dismissing the reality of a life by deciding the child is not a real person until the moment they are born. We dispose of that which God has created, through the gift of our sexuality, preferring lustful gratification to chastity. The idea of saving oneself for the marriage bed has become as outdated as a Victrola.

We explain away the infanticide that is abortion, while our legal system can find a man guilty of murder should his attack on a pregnant woman result in the death of her unborn child. We think nothing of depriving another human being of life, while we pursue a life of unbridled pleasure for ourselves.

Saint Basil the Great said, “The woman who purposely destroys her unborn child is guilty of murder. The hair-splitting difference between formed and unformed makes no difference to us.”

If we are to be a friend of God, we must keep the laws of God. An unborn child has been given the gift of life, even if under circumstances that are the result of our sin. That the child should forfeit her life for the convenience of selfish parents is unconscionable. The sin of sexual intercourse outside the marriage bed is compounded ten thousand times by the sin of abortion. The woman who would abort her child to avoid poverty will have placed her soul in a state of absolute poverty.

In an age when many question the morality of state sanctioned executions of criminals, or question the justification of war, it is beyond the pale that we would think we have the right to kill an unborn child. We must ask ourselves, as did Saint John Chrysostom,

Why do you sow where the field is eager to destroy the fruit? Where there are medicines of sterility? Where there is murder before birth? You do not even let a harlot remain only a harlot, but you make her a murderess as well. Indeed, it is something worse than murder and I do not know what to call it; for she does not kill what is formed but prevents its formation. What then? Do you condemn the gifts of God, and fight with His laws? What is a curse you seek as though it were a blessing. Do you make the anteroom of slaughter? Do you teach the women who are given to you for a procreation of offspring to perpetuate killing?

Let us stand firm for the rights of all people, especially for the most vulnerable, defenseless of them all, the unborn children. The Sixth Commandment tells us that we must not kill, and makes no distinction between the killing of another person, the killing of oneself (suicide), or the killing of the unborn. The Church has confessed from the beginning that each life is created by God, that human life is the supreme gift of the Creator. Human life is not given unconditionally, but is given under the condition that we will be responsible for preserving it.

In so far as God’s perfection is beyond our understanding, by His grace and mercy we are called to theosis, the process of becoming like God. Theosis (deification) begins from the moment of our conception and continues until the very hour of our death. No one has the right to interfere in this process that was begun when God created us. Sanctity of Life. A sermon delivered on “Sacred Gift of Life Sunday”
Bishop Basil (Essey)
"Brothers and sisters, be bold for life. And not because it’s a right but because it’s a gift from God for which all we can do is say thank you."