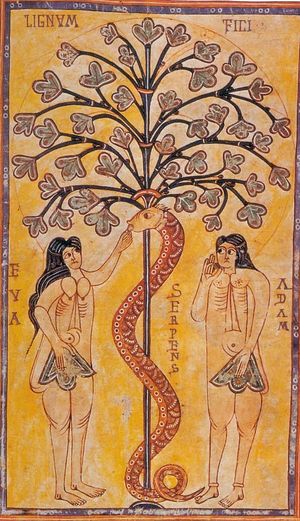 Oscar Wilde famously wrote, “I can resist anything except temptation.” His humor underlines an important truth in the exploration of impulsivity. Impulsivity is not normally operative in all aspects of one’s behavior. In some areas of life, even impulsive people may demonstrate behavior that is commendably regulated and self-controlled. After all, we witness the impulsive gambler who is otherwise industrious in his work and family life or the one given over to drink who is kind and generous with others.

In their research, Eli Tsukayama and Angela Lee Duckworth argue that common examples of impulsive behavior “suggest that impulsive behavior varies dramatically by type of situation. An extreme view is that behavior depends entirely on the situation and that there are no domain-general individual differences in impulsive behavior. That is, individuals do not vary in their overall tendency to engage in behaviors that are gratifying in the short-term yet costly and regrettable in the long-term. Two bodies of empirical evidence argue convincingly against this extreme view. First, Baumeister and colleagues have shown in a series of experiments that psychological resources that enable an individual to inhibit impulsive behaviors are finite and domain-general (Roy F. Baumeister, Bratslavsky, Muraven, & Tice, 1998; 2007; Muraven & Baumeister, 2000).” Of course, we know this from experience. On the one hand, some people have a weakness for chocolates, others for potato chips. The chocolate lover may have no difficulty resisting a bag of potato chips, but find a piece of rich, chocolate cake hard to turn down. On the other hand, for some people, “to just say ‘no’” is a piece of cake, whatever the cake may be; for others, the number of times that the enticing can be refused is limited, again whatever the cake may be, meaning that for them that cake almost inevitably finds its way into the mouth.

Put in spiritual terms, temptations strike us in our weakest areas. Peter the Apostle struggled with fear while Judas was overcome by avarice. And some of us seem to be discouragingly tempted in more areas than others are, although there are still usually some areas that are more difficult than others. And in all cases, that specific or general weakness need not define us, but only define the area or areas in which we are in particular need of the grace of God for the transformation that we desire.

These findings from science, which are consistent with experience in the world and in the Church, are instructive and may be quite beneficial in moving beyond impulsive behavior. If we are able to identify the behavior that is characterized by impulsivity (which is usually not a very difficult task), we are able to concentrate our efforts on that behavior. In his work “Patient Endurance,” Saint Peter of Damascus cites Saint Basil in his exhortation to fight the passions one at a time. “For Saint Basil advises us not to fight against all passions at once, since if we are unsuccessful we might turn back and no longer be fit for the kingdom of heaven… Rather we should fight the passions one at a time, and start by patiently enduring whatever befalls us” (Philokalia, vol. 3, p. 222). In other words, even before we developing a strategy for dealing with the impulsive behavior that troubles us, we need acceptance, acceptance of our weakness, acceptance of our difficulty, acceptance of our need to turn to God for deliverance. Without this acceptance, it is not possible to begin.

Most of us regard temptation as negative, something that we have to avoid at all costs. Yet, such negative thinking often leads us to give in to the temptation and act impulsively. After all neuroscientists have discovered that in the deeper layers of the preconscious mind, we do not distinguish between do and do not, meaning that focusing on not giving into temptation is still focusing on the temptation. Our focus needs to be God’s mercy, God’s love, and God’s victory in us. With respect to temptation, Saint Isaac notes, “Without temptations, it is not possible to learn the wisdom of the Spirit. It is not possible that Divine love be strengthened in your soul. Before temptations, a man prays to God as a stranger. When temptations are allowed to come by the love of God, and he does not give in to them, then he stands before God as a sincere friend. For in fulfilling the will of God, he has made war on the enemy of God and conquered him” (St. Isaac the Syrian, Homilies, 5). This is the blessing contained in temptation; this is even the blessing contained in being impulsive in many areas, for it means that one receives many reminders to turn to God, many reminders that we can have God for our friend, and that Friend can help us where we cannot help ourselves. And if strangers becoming friends is one of life’s joys, how much more so when the other persons is none other than the Lord Jesus Himself.

Saint Nectarios echoes the teaching of Saint Isaac , “Temptations come so that hidden passions may be revealed and so that it will be possible to fight them, and so that the soul may be rid of them. They are also a sign of God’s mercy. So give yourself with trust into God’s hands and ask his help, so that he will strengthen you in your struggle. God knows how much each one can bear and allows temptations according to the measure of our strength. Remember that after temptation comes spiritual joy, and that the Lord protects them that endure temptations and suffering for the sake of His love” (St. Nektarius of Aegina, The Path to Happiness, 4). For Saint Nectarios, temptations brings us self-knowledge and is a sign of God’s mercy in so far as it can put us into contact with God, can make us trust in God and seek His help, so that what could be a source of pain and regret can become a source of gratitude to our merciful Savior. And in this struggle, we learn patience (link:) and in the end instead of receiving some fleeting pleasure we experience the lasting joy that comes from God alone.

In an earlier post in which I offered a reflection on the Lord’s Prayer, I wrote, “There is an important patristic distinction between “being led into temptation” and “being tempted” that is worth stressing. According to Saint John Cassian “‘Lead us not into temptation’ does not mean ‘do not permit us ever to be tempted,’ but rather ‘when we are tempted, do not permit us to be overcome.’ After all, Job was tempted, but not led into temptation, since he did not yield to the enticing wish of the tempter by impiously ascribing folly to God or uttering blasphemy” (Conference 9, chapter 23). Being led into temptation, thus, has the sense of being led into the aims of the tempter, the very mind of Satan, in which it is impossible to “understand the things that be of God” as Christ remarked when He rebuked Peter saying, ‘Get thee behind me, Satan, thou art an offence unto me: for thou understandest not the things that be of God, but those that be of men’ (Matthew 6:23).

In praying, ‘Lead us not into temptation, but deliver us from the evil one,’ we are not ‘being taught to be timid and cowardly, for everyone praises vigor and boldness. Rather it aims at teaching us to be modest and poor in spirit…, realizing that our mind is weak…and we need God’s assistance’(Saint Cyril of Alexandria, fragment, PG 72.693). As Saint Cyprian of Carthage put it, ‘we are reminded of our infirmity and weakness.’ In referring to us not being led into temptation, we also recall, according to Saint John Chrysostom, that not only can I be led into temptation, but my neighbor can as well, a realization that should remove even ‘the smallest vestige of anger against our neighbor’ (Homily on Matthew 19).”

Regardless of whether we are impulsive in many areas or just one, we can view this difficulty in another light. It’s not just a weakness or a temptation we succumb to. It may be exactly what we need to become a bit more humble and to turn to the Divine Physician Who has promised us that He will support us in all of our trials and temptations. This is why temptations can actually be blessings. This is why impulsivity can be a trait that hurls us into the arms of God. This is why Saint Anthony the Great once said, “take away temptations and no one would be saved” (Sayings of the Dessert Fathers, PG 65.77). But there are temptations and we can be impulsive, and by the grace of God, we can also be saved. Being Invaded? Wake Up!
Fr. Silouan Benedict
There was a time when I used to pray with my prayer rope whenever possible and even during the night But now, I have my laptop, and the availability of entertainment at my fingertips. Yes, I have argued with my conscience and have told myself that I am not doing anything wrong.
Comments
×