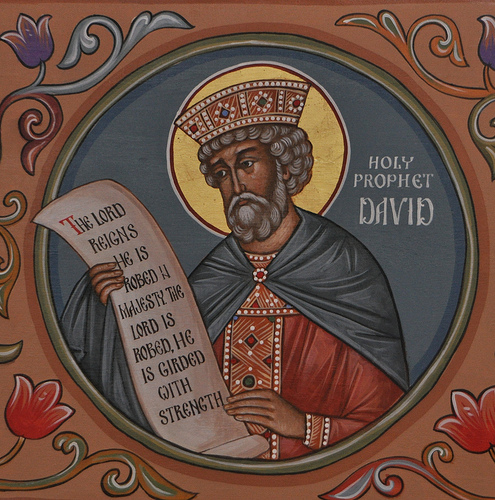 David's "Be angry and do not sin" means to me that if someone provokes you to the point of anger, don't remain angry. You have nothing against the one who provoked you. Do not sink under the provocation. They want to provoke you so that you will sin. In this case, the Bible says "Be angry and do not sin" in the sense that reacting to harm done to you is reasonable, but reacting against the one who caused it is a sin.

When the Psalmist says "Be angry and do not sin," he does not make anger permissible, but rather he desires that if it comes about, that you do not take it to the point of hatred because forgiveness is a commandment. It is as though David is saying that he understands that anger happens but he limits it to the one who is angry and does not want it to spread. To put it more clearly, do not be angry at others because there is harm in this. Provocation is possible and natural. However, for it to be directed at another is a sin. In my experience of watching myself and others, I do not know of anger that is not harmful for the one who is angry and for others. It is an illegitimate response to a wound that has occurred, since God does not accept any response apart from forgiveness. The one who is angry with you wounds himself first. You should sorrow for his having wounded himself and have God as your comforter. If someone provokes strong anger in you, then weep for the salvation of your soul and your soul will remain free from it. When you anger, weep for your soul, not for the one who made you angry because what God wants is his healing. In many cases, the reality of anger is that someone has hurt you and injured what you refer to as your dignity.

When you react to anger that has been directed at you, you may magnify the wound that you have suffered. You will become weakened and will not have saved the one who is angry. If someone wounds you, remember that in reality he has wounded himself first. You are only struck by the blow that was directed at you if you want to become its victim.

The one who is angry does not know the viciousness of the harm it does to himself. The one who is the object of anger feels that he alone is wounded but the reality is that two are wounded. "Blessed are those whose sins are forgiven and whose transgressions are covered."

If someone is angry with you, have pity on him first of all, because he has hurt himself before hurting you. The wound of the one who is the object of anger is his knowledge that he has been driven out of existence or at least that you have driven him out of your heart. The one who has been deprived of love may be in the most extreme sadness. Do not put anyone in the desert. He might die there of asphyxiation. What Does It Mean To Be Poor and Blessed?

Elder Paisios on Spiritual Study
An Excerpt from Spiritual Awakening
St. Paisios the Athonite
First, they should read the New Testament to learn the meaning of Christ, to be shaken up a little; later they can read the Old Testament. Do you know how hard it is when they have read nothing and yet they come to ask for help? It is like an elementary school child going to a university professor and saying, “Help me.” “When a life of prosperity or affluence opens up for us, we must remember God, thank Him….”
An interview with Protopriest George Breev

“When a life of prosperity or affluence opens up for us, we must remember God, thank Him….”
An interview with Protopriest George Breev
At present, the spiritual fire of the people is not nearly as bright and intense as it was in the beginning of the 1990’s. This is because many people, having already entered the Church, have understood that the path which has opened up for them is not so simple and easy. To walk that path, one must cultivate oneself spiritually; but this is a constant task: morning and evening prayers, prayers throughout the day, confession, participation in the services, seeing one’s mistakes and struggling to correct them.
Comments
×