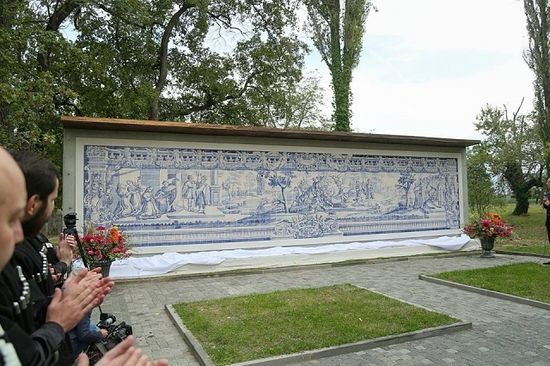 A tile panel depicting the torture of one of the most venerated saints of Georgia, Ketevan the Martyr, has been unveiled in Western Georgia.

A Copy of the panel, which was on display at the wall of the Convento da Graça in Lisbon, is now on display at Chateau Mukhrani, a historic palace in Eastern Georgia.

The tile panel was created by the Portuguese masters in the 17th Century on the order of the Catholic Church. The panel was built based on stories of Portuguese Augustinian Missionaries who were eye-witnesses to the torture of Saint Ketevan.

Among the Georgian kings and Queens Ketevan the Martyr is one of the most acclaimed by the Georgian Orthodox Church, for having sacrificed her life for the Christian faith and the independence of her country. 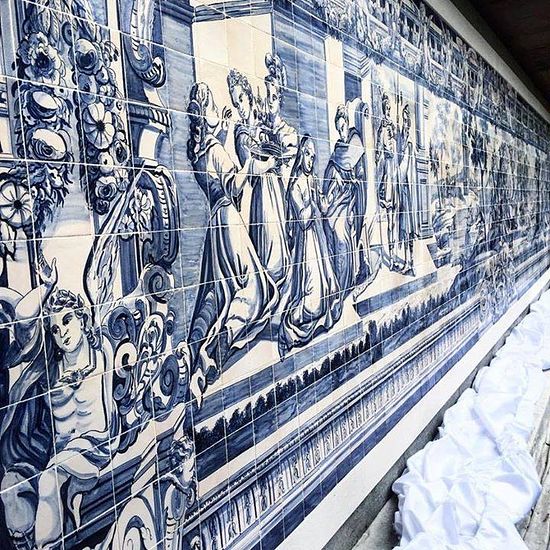 Martyrdom of Georgian Queen Ketevan displayed in Chateau Mukhrani. Photo by the Embassy of Georgia to the Portuguese Republic.

Ketevan reigned in Kakheti, a feudal state located in the east of Georgia, at the beginning of the 17th century.

She was killed in Shiraz, Iran, after prolonged torture sessions from the Safavid Suzerains of Georgia for refusing to give up her Christian faith and convert to Islam.

In 1614, sent by Teimuraz as a negotiator to Shah Abbas, Ketevan effectively surrendered herself as an honorary hostage in a failed attempt to prevent Kakheti from being attacked by the Iranian forces.

She was held in Shiraz for several years until Abbas I, in an act of revenge for the recalcitrance of Teimuraz, ordered the queen to renounce her Christian faith and, upon her refusal, he tortured her to death with red-hot pincers in 1624.

A Portion of her relics were clandestinely taken by the St Augustine Portuguese Catholic missionaries, eyewitnesses of her martyrdom, to Georgia where they were interred at the Alaverdi Monastery in the Kakheti region.

The rest of her remains were said to have been buried at the St. Augustine Church in Goa, India. After several expeditions to Goa in the 21st century to search for them, they were believed to be found in late 2013. Holy Queen Dinar (10th century)
Archpriest Zakaria Machitadze
The Russian Church has preserved chronicles of the life of Queen Dinar, a woman who achieved much on behalf of the Christian Faith. For years scholars have disputed about the historical figure discussed in great depth in the Russian Church. Many believed that the sources described Holy Queen Tamar, but the period of Tamar’s rule does not match that of the figure described in the chronicles.
Comments
×