Oil from Icon Is a Sign of Saint’s Presence 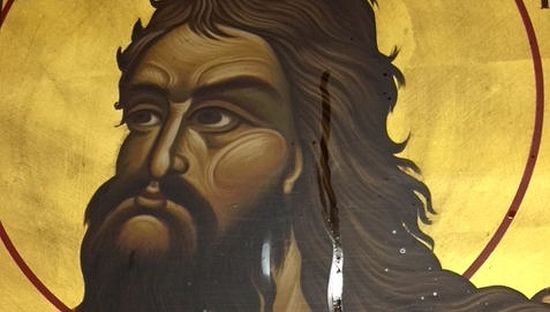 I don’t normally get my news from facebook, but recently a friend posted about a miracle icon in Homer Glen, Illinois and I was thrilled! I called the Assumption Greek Orthodox Church right away and spoke with Fr. Sam (Sotirios) Dimitriou. He said the oil has been on the icon of St. John the Baptist since mid-July, but recently there was more activity. The icon is on the iconostasis, the icon screen that separates the altar from the nave. In front of the icon is a table for memorials and a hanging vigil lamp. 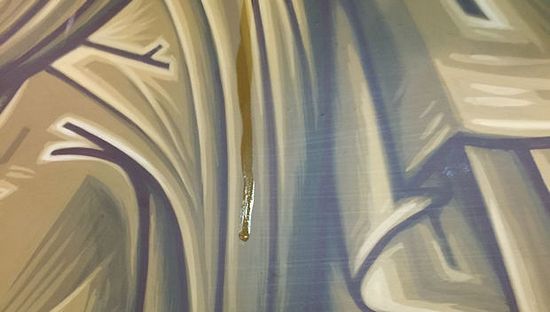 Fr. Sam didn’t know why the icon was streaming oil. Some might say it’s a good sign that there aren’t tears. Others might say that it’s a concern since St. John is known for warning people to “Repent! For the Kingdom of heaven is at hand.” But Fr. Sam says, “This is definitely a blessing for our community. St. John has allowed his presence to be known.”

The icon was written over 20 years ago by Panayiotis Mihalopoulos, a parishioner of The Assumption Greek Orthodox Church, and was installed along with the others on the screen in their previous location in Olympia Fields. They later moved the parish (and the screen) to a property in Orland Park, as their parishioners relocated west. Today, the iconostasis is in their Homer Glen parish. They’ve been at their current location for the past 3 years. 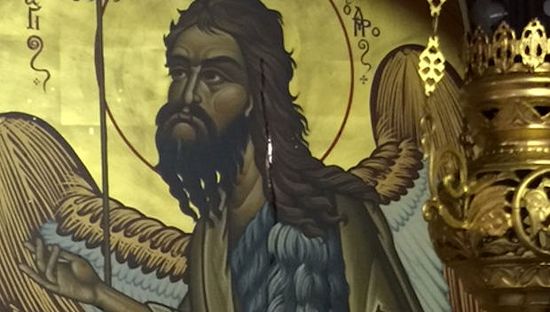 The community established the parish 99 years ago in Chicago Heights and is looking forward to their centennial celebration in 2016. Myrrh-Streaming Icon, "Softening of Evil Hearts" arriving at the Crimea

Myrrh-Streaming Icon, "Softening of Evil Hearts" arriving at the Crimea
One of contemporary shrines of Great Rus is the "Softening of Evil Hearts", or "Seven Arrows" Wonder-Working Icon of the Holy Theotokos. This myrrh-streaming icon is kept in the village of Bachurino of the Moscow region, where with the blessing of Schema-Archimandrite Iliy (Nozdrin)—a well-known Optina Elder and confessor of Patriarch Kirill—a chapel was constructed for it.

She Who Gusheth Forth Myrrh, Who Healeth Hearts
A Conversation with Sergei Fomin, keeper of the Icon of the Theotokos, ”The Softening of Evil Hearts”
Tatiana Veselkina
This icon is the contemporary work of Sofrino craftsmen. It is an ordinary lithograph. It had been in the apartment of Muscovite Margarita Vorobyova, where it began to gush myrrh. This happened in 1998, after it had been placed on the relics of the blessed Matrona of Moscow, during her glorification on the 2nd of May. After some time, the icon was miraculously transformed, and now many who have seen it cannot tell that it is a lithograph and not an icon painted long ago.
Comments
×