Money talk: It’s a part of the job 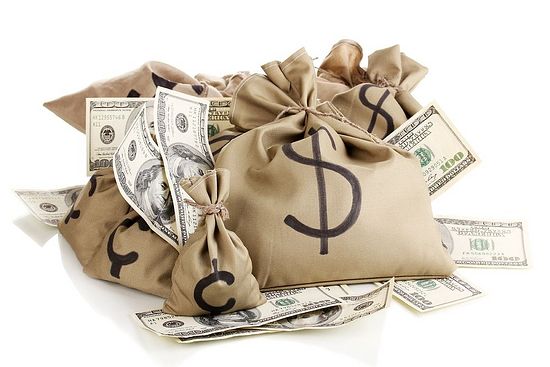 In my years of writing for The Chieftain, I’ve never explored the topic of giving — something Christians are supposedly fixated on. I’ve mentioned alms, but never the money believers are expected to give their local church.

The reason is pretty clear. Like most clergy I know, I’m uncomfortable with the topic, due to my perception of how my words will be interpreted: “Father wants a raise.” Or talk about giving, just two or three times a year, and it’s: “All Father talks about is money.” That’s what we clergy think you think we think. So we don’t like to bring it up.

It doesn’t help that there are shysters out there with no qualms about focusing on the topic, in a blatantly manipulative way. In the home I grew up in, we didn’t go to church, by my parents did watch it on TV.

Even as a kid, I was appalled by the TV preachers’ smooth operation. Fascinated, but appalled. One morning, while mom and dad were watching these guys, I felt so inspired by their antics that I went to dad’s closet, put on his tackiest suit and tie, and came running down the hallway to jump before the screen, spread my arms wide and proclaim, “Friends, Romans, Christians — lend me your ears and give me your wallets!”

That’s as far as I got. It was the only Shakespeare I knew. And it won uproarious laughter, before my parents went back to watching church. At that age, I knew whatever I became in life, I’d have nothing to do with such chicanery.

And now I’m an Orthodox priest. You may chuckle, thinking there’s some contrast here, but you’d be wrong. No one I know ever got rich being an Orthodox priest. And that’s a good thing, because it means whatever element of self interest you or I may perceive in my talking about giving, the reality negates such connections.

Which is liberating, especially since Sunday will be one of those days I preach about giving. Like it or not, as a minister, that’s part of my job. Christ spoke more about our relationship to our money and possessions than any other topic, so it must be important enough to mention now and then.

He repeatedly warns about the entanglement of attachment — and makes clear it’s attachment, not wealth, that’s the problem. Which is a point I’ll try to make as I speak about the Parable of the Sower, and the dangers of becoming tangled and choked in the thorns of attachment to our “stuff.”

A pastor who only speaks about money is a problem, but so’s one who never does. Such avoidance implies that money is “unspiritual,” and cedes the topic to the devil. And he for one never shies from sharing his views. Excuse Me, You Are Not Rational
Fr. Stephen Freeman

Excuse Me, You Are Not Rational
Fr. Stephen Freeman
Among the most noble words ever applied to human life, its meaning has been changed and placed in service of the greatest reduction our humanity has ever faced. It is time to take back our rationality. Orthodox Christian Stewardship: What do Jesus, the Bible, and the Church Fathers Say about Tithing and Giving to God?
The Scriptures have no less than 2,350 verses having to do with money and money management. Jesus speaks about money and money management more than any other topic including heaven, hell, salvation etc. The topic is very important for the Christian life.
Comments
×