The Unity of the CommUNITY

Teaching by parable or story has been normative in Christianity since the time of Jesus, who himself taught in parables. Parables present us with a special way of coming to the truth. For parables or stories show the words themselves are not enough – one has to interpret the story to come to the truth. Interpretation requires wisdom and knowledge. Interpretation is key to the Gospel message. 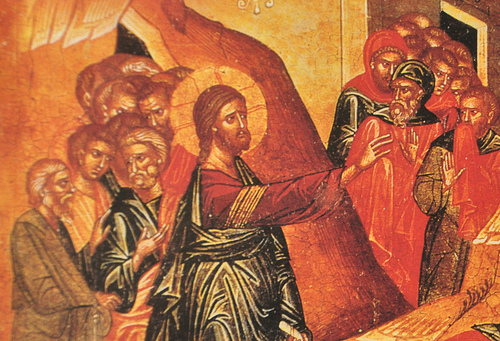 In Mark 8:27-29, we see clearly how essential interpretation is to the Gospel:

Even having Jesus standing right in your midst or having the ability to observe Jesus’ deeds and words does not automatically give one the knowledge of the truth. Jesus asks his disciples, “How are people interpreting me?” And those who had observed Jesus’ teachings and miracles, still came to differing conclusions about who Jesus is. The same is true for having the Bible – the truth is in the interpretation of the words. The Bible alone cannot give you the truth. 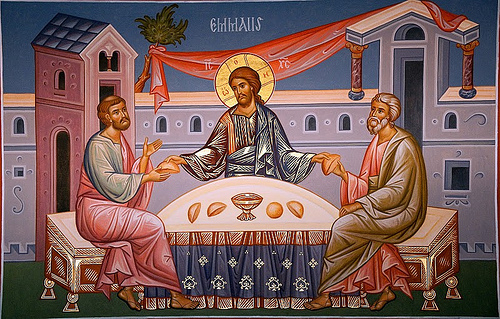 And behold, an Ethiopian, a eunuch … was reading the prophet Isaiah. And the Spirit said to Philip, “Go up and join this chariot.” So Philip ran to him, and heard him reading Isaiah the prophet, and asked, “Do you understand what you are reading?” And he said, “How can I, unless some one guides me?” And he invited Philip to come up and sit with him. Now the passage of the scripture which he was reading was this: “As a sheep led to the slaughter or a lamb before its shearer is dumb, so he opens not his mouth. In his humiliation justice was denied him. Who can describe his generation? For his life is taken up from the earth.” And the eunuch said to Philip, “About whom, pray, does the prophet say this, about himself or about some one else?” Then Philip opened his mouth, and beginning with this scripture he told him the good news of Jesus.

What follows is a story for the desert fathers, also used to teach us how to live the Gospel. We need to take time to think about the story and to know the Kingdom of God is found in the meaning the story conveys. The monk John Colobos related the following story:

“A brother asked Abba Sisoes: ‘If we are walking along the way and our guide goes astray, should we tell him?’ ‘No,’ the elder brother said to him. ‘Should we let him lead us astray then?’ said the brother? The elder said to him: ‘What else? Are you going to take a stick and beat him? I know some brothers who were walking along and their guide went astray in the night. They were twelve in number and they all knew they had gone astray; they were each one at pains not to say anything. At daybreak their guide learnt that they had strayed from the way. “Forgive me,” he said to them; “I have gone astray.” They all said: “We too knew that but we kept silent.” ’ [The brother] was astounded when he heard this and [Abba Sisoes] said: ‘The brothers disciplined themselves not to speak [of it] until death,’ and he glorified God. The extent to which they had gone astray was twelve miles.” (Give Me A Word: The Alphabetical Sayings of the Desert Fathers, p 288)

Are we to beat with a rod a member who becomes lost in the spiritual life? What does it take to preserve the unity of community? What seem to be the most important values to these monks? What virtues do they exhibit? The story is really counter intuitive for many practically minded Americans who would simply want to “fix” the errant problem. What does love have to do with this lesson? 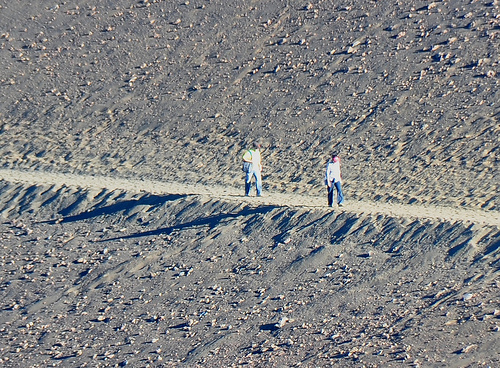