Why you never question Allah: Islam’s trouble with blasphemy 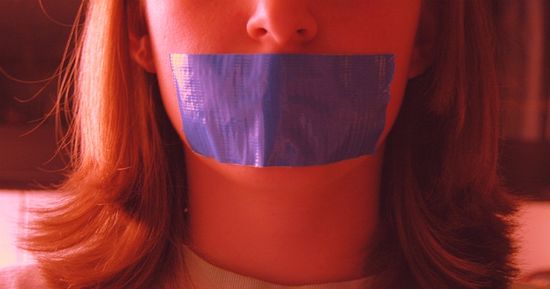 You’d better watch what you say about God if you live in the Middle East or North Africa, where seven in ten governments criminalize blasphemy.

In 2014, Palestinian poet Ashraf Fayadh was convicted of blasphemy by a Saudi Arabian court. Facing four years in prison and 800 lashes, Fayadh appealed the ruling. He was recently retried, and the court upped the ante. He’s now contending with a death sentence for apostasy.

In Egypt, TV personality Islam El-Behery appealed his blasphemy conviction. Though he escaped punishment in one case, the court upheld his five-year prison sentence in another.

The same thing happened to Egyptian author Karam Saber. Last year a court upheld his five-year sentence for penning Where is God?, a book of stories some Muslims deemed offensive.

Theodicy, a regular exercises in Western theology, is essentially banned in Islamic countries like Egypt. Say the wrong thing—be careful, the line is fuzzy—and you’ll pay the price. Egyptian law, according to one report, “gives all Muslims the right to file lawsuits in cases where an exalted right of God has been violated.”

Such cases, often supported by rumor and hearsay, have been on the rise in Egypt since 2011. And the 2015 annual report of the U.S. Commission on International Religious Freedom indicates this punitive defense of God’s honor is a widespread problem in many Muslim nations, a claim for which the report offers plenty of examples.

But let’s venture something here—maybe God can take people’s anger, questioning, and criticism. That’s what Ian Punnett argues in his book How to Pray When You’re Pissed at God, a title that could spark predictable offense in predictable quarters. But why?

Punnett says we’re just fooling ourselves if we think God’s offended. “I’ve never quite understood people who profess a faith in an all-knowing, all-loving God who think that if they just ‘pray nice’ then God will never know how pissed they really are,” he says.

The undeniable truth is that we are sometimes angry and afraid, beset by doubts and confusion. “The Bible is full of heroes who took their relationship with God seriously enough to honor their Creator with honesty.” Moses comes to mind. Then there’s Job. David, too. Definitely David.

The words of my groaning

Punnett explores the Psalms in his quest to understand the nature of our divine complaints—particularly as they come from hurt, frustration, disappointment, and despair. “There are many ‘praise psalms’ in the Bible,” he says, “but there are even more psalms of anger, lament, and fear.”

One Punnett revisits several times in the book is Psalm 22. Jesus quotes it from the cross, which speaks volumes about appropriate contexts for its recitation:

My God, my God, why hast thou forsaken me?
Why art thou so far from helping me, from the words of my groaning?
O my God, I cry by day, but thou dost not answer;
and by night, but find no rest.

Punnett, an Episcopal deacon who once worked as a hospital chaplain, has had many instances to counsel people through moments when these words took on a life of their own. He tells the story of one young man who told his mother that he’d quit believing in God. She told Punnett to convince the kid that God was real. Punnett did no such thing. How could he?

Instead, he just taught him the opening lines to Psalm 22 as Jesus spoke them: “Eloi, Eloi, lama sabachthani.” It became a buoy for the boy and opened up the possibility that he could let his feelings out without shutting out God.

It’s just a good thing neither Punnett nor the kid lived in Saudi Arabia.

Punnett says psalms and prayers like this allow people to “name, proclaim, and reframe” the things they suffer. The biblical model encourages people to identify their pain, explain why it strikes them as wrong, unfair, unjust, whatever, and then call on God to remedy and redeem it.

Might those prayers be rough around the edges? Sure. “[B]rutal honesty might require some brutal language,” says Punnett. “But good therapy is rarely about things that could be said in polite company, and an effective therapeutic angry prayer is no different. . . . God has heard it all. God can take it.”

Unless, that is, we live in seventy percent of those Middle East and North African countries, where God’s reputation apparently depends on informants, mobs, courts, and prison doors. Saudi Arabia actually recognizes blasphemy as an act of terrorism, which is both ironic and galling against the backdrop of Charlie Hebdo and the Danish Muhammad cartoons.

Again it turns out theology matters.

The Christian’s trinitarian understanding of God allows for relational back-and-forth, whereas Islam’s monadic God cannot be questioned. Punnett quotes one scholar who says Muslims see the angry prayers of the Bible as proof of its “inferiority” and “corruption.” And so they jail hundreds for what David said as a matter of course and Christians repeat in their daily prayers.