Some Greeks Turn to Elder Paisios’ Prophecies on Russia-Turkey Conflict 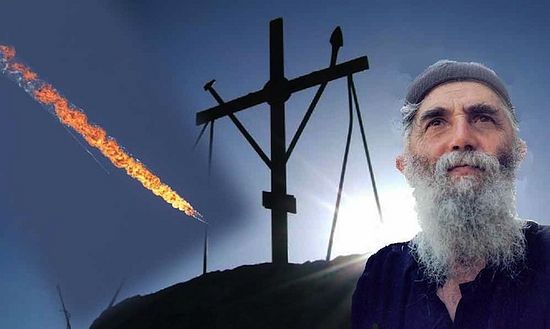 The tension that was created after the shooting down of a Russian jet fighter by Turkish warplanes has led several Greeks to refer to Elder Paisios‘ prophecies about war between Russia and Turkey.

The ascetic monk Paisios, who became Saint Paisios by the Holy Synod of the Greek Orthodox Church in January, was known for his prophecies and predictions. One of them was that Istanbul, once the capital of the Byzantine Empire Constantinople, will become Greek again.

Specifically, Paisios wrote: “Events will start that will culminate with us taking back Constantinople. Constantinople will be given to us. There will be war between Russia and Turkey. In the beginning the Turks will believe they are winning, but this will lead to their destruction. The Russians, eventually, will win and take over Constantinople. After that it will be ours. They will be forced to give it to us.”

The text reads further, “(The Turks) will be destroyed. They will be eradicated because they are a nation that was built without God’s blessing. One third of the Turks will go back to where they came from, the depths of Turkey. One third will be saved because they will become Christians, and the other third will be killed in this war.” This is based on the Saint Kosmas prophecy.

Saint Paisios reposed on July 12, 1994. One of the things he wrote was, “I wanted nothing else but God to keep me alive for a few more years so I could see my country expand. And it will expand…”

“Turkey will be dissected in 3 or 4 parts. The countdown has begun. We will take the lands that belong to us, the Armenians will take theirs and the Kurds their own. The Kurdish issue is at the works,” the text continues.

Paisios wrote further: “As long as there is faith and hope in God, a lot of people will rejoice. All that will happen in these years. The time has come.”

Saint Paisios the Athonite was born Arsenios Eznepidis in July 1924, in Farasa Cappadocia. His father was called Prodromos and his mother Evlampia. He had eight siblings. On August 7, 1924, a week before the Greeks of Farasa returned to the homeland, he was baptized by the parish priest, Arsenios, whom the Orthodox Church recognized as a saint. Arsenios insisted and gave him his name “to leave a monk in his place,” as he said.

Five weeks after the boy’s christening, on September 14, 1924, the Eznepidis family, along with other refugees, arrived at Piraeus and then went to Corfu, where they stayed for eighteen months. The family then moved to Igoumenitsa and then to Konitsa where Arsenios finished elementary school and got his diploma with “excellent conduct.” Ever since he was a child, he was writing down the miracles of Saint Arsenios. He had an inclination towards monasticism and wanted to become a monk.

Arsenios went to Mount Athos to become a monk in 1949, right after his discharge from the army. He stayed for one night at the Monastery of Saint John the Theologian in Karyes and then slept in the hermitage of Saint Panteleimon, in the cell of the Virgin Mary, where he met father Cyril, abbot of the monastery, and followed him faithfully. After spending time in various retreats of Mount Athos and Sinai, he moved to Koutloumousio monastery until he became seriously ill and passed away in the summer of 1994.

He was buried in the Holy Monastery of Saint John the Theologian in Souroti, Thessaloniki. Since then, every year on July 11 to July 12, the anniversary of his death, there is a vigil in the Sanctuary Retreat, with thousands of believers attending.

Elder Paisios became known for a number of controversial political statements and prophecies. These include the prediction that a war with Turkey will lead to a restoration of a Greater Greece that includes Albania, Macedonia and Byzantium (Istanbul), and the mass conversion of Turks from Islam to Orthodox Christianity. Many Greeks compare Paisios to Nostradamus. Elder Paisios: Defend the Christian Faith, the Family, the Church
Elder Paisios Agiorit
Today there are many who strive to corrupt everything: the family, the youth, the Church. In our day it’s a true witness to speak up for one’s people, for the state is waging war against divine law. It’s laws are directed against the Law of God.

'Russia will not be brought to its knees'
The only solution to the dispute between Moscow and the West is a neutral Ukraine, argues Clifford Gaddy. The Russia expert at the Brookings Institution spoke to DW.
Comments

Bob Smith2/6/2018 7:01 pm
I visited the historic Christian cathedral Hagia Sophia in Istanbul a few years ago. It broke my heart to see it turned into a Muslim place of worship with Arabic writing on the walls. The Hagia Sophia should be considered a Christian heritage site.

Richard Baker2/6/2018 6:58 pm
Under Obama and Hillary Administration they helped create ISIS Along with Turkey,Israel,Saudi Arabia.I met with Syrian Christians at the Greek Orthodox Church and They told me if it wasn't for President Putin they all would have been wiped out.When anyone can put 3 year old's in cages and set them on fire and laugh.The only crime was they were Christians They should be wiped from the face of the earth.I think God will use President Putin as his force to destroy this evil.It is also written When their blood touches the ground The Destroyer will come.The Coptic Christians and Syrian Christians have been there since 32AD.

Franklin Paredes2/6/2018 6:38 pm
Then Turkey is the King of the North, not Russia (ROSH prince means=Head prince, Not Prince of Russia)

GreekOrthodoxBrother142/2/2017 12:07 am
Russia and Greece are orthodox brothers, therefore I have faith in this. Long live Orthodox Christianity.

Freedom for all christians12/19/2016 8:58 pm
Today Turkish terrorist murdered a Russian ambassador. Russia is an Eastern Orthodox country and if Russian government attacks and liberated Constantinople from Islamic extremist country of Turkey I as an American would endorse it. Rather Russia controls the Eastern Orthodox city than the evil Yurks.

But since you are interested in prophecies, you must not omit the following very-very informative links !

the old prophecy on Kutlumusi Monastery

there is a poem some say its Elder's Josef Vatopedinos :

This PROPHECY is actually written in greek and is translated by another poster in a web site, Ntinos thank you...
The Prophecy in greek reads like a poem but in translation it differs a little bit, but the meaning of what is to come is there...
Was writen by the faithful by Elder Joseph of the Vatopedi Monastery of Agion Oros. The Elder is known to have the prophetic gift, and is still alive, living in the Monastery in Agion Oros(MOUNT ATHOS )In Greece...

SAINTS N SINNERS7/2/2016 10:04 pm
The tine is short the end is near I walk through the value full of fear...Turkey run Turkey hide...Turkey committed greek Armenian and alot of genocides...it's ur turn

Rafael2/22/2016 2:32 pm
Armenia will have malatya and Erzurum jars trabzon and Armenia will get bath I off Georgia and it will take over Azerbaijan because It is an apostolic country. Apostolic means the first orthodox which Armenia are a bit orthodox but we are an apostolic.

Ilias11/30/2015 12:48 pm
When referring to Macedonia, the Saint obviously referred to those parts of that region that became Serbian and Bulgarian in 1912. He was not referring to the part that is Greek already.