At that time, Jesus told them a parable, saying, “The land of a rich man brought forth plentifully; and he thought to himself, ‘What shall I do, for I have nowhere to store my crops?’ And he said, ‘I will do this: I will pull down my barns, and build larger ones; and there I will store all my grain and my goods. And I will say to my soul, Soul, you have ample goods laid up for many years; take your ease, eat, drink, be merry.’ But God said to him, ‘Fool! This night your soul is required of you; and the things you have prepared, whose will they be?’ So is he who lays up treasure for himself, and is not rich toward God.” (Luke 12:16-21) 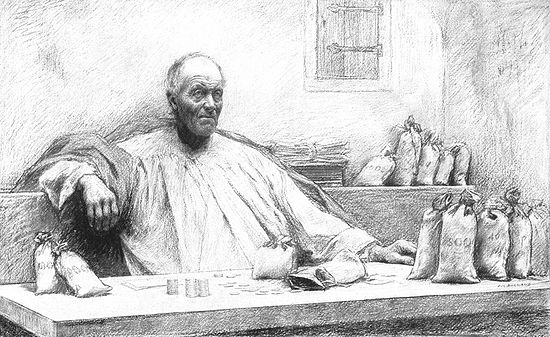 Many believers wish that God would at some point in their lives speak to them – if for no other reason than to know for sure that He existed.

In Luke 12:16-21, we are presented the story of a man to whom God spoke directly.   Unfortunately, God’s words to the man were “You fool!” It certainly would be a rude awakening for any of us believers if when God finally spoke to us, first words were to call us a fool!  We might then wish that God had never spoken to us, for such a judgment by God would not be a welcomed word by us.

If we examine our own lives and our own values, do we imagine that God’s first words to us would be one of praise for our lives and thinking, or would we be rebuked for our folly – for basing our lives on shallow ideas, on goals that turn out to be phantoms which disappear in a second when we wake up to reality?

The man’s folly was not that he had become rich, but he had not become rich towards God.  Wealth and prosperity can be a blessing from the Lord, but they are given to us in order for us to accomplish His will, not to selfishly spend it on our selves which also turns out to be folly. 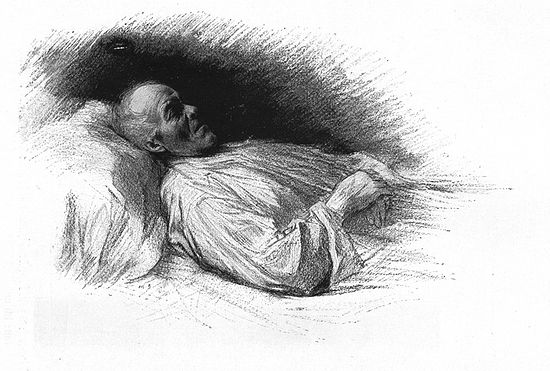 Being rich is not the same as being rich towards God. Blessing received from God are by God’s design meant to enable us to give – not just to be thankful but to be generous as well.

This Gospel lesson from Christ offers us one of the earliest glimpses into the notion of a “bubble economy.” For the rich man’s bubble was burst in that moment when he was told he was going to die that night. His wealth was shown to be a mere dream but not the reality upon which to base his life’s decisions. It was not even the case that his wealth was the result of ill-gotten goods – he didn’t lie, cheat and steal to obtain his wealth, but worked for it.   Yet in the eternal scale of things, his wealth was not all that valuable to that man.   Blessings received might make us rich, but we have to receive those blessing and use them to make us rich towards God. The Good Deed Done Out Of Devoted And Merciful Love Is The Treasure That We Take With Us To Heaven
“When Jesus Christ, our Saviour tells him: Come, follow Me it means ‘give up something temporary to gain something eternal: the God-Man. Give up something earthly to have treasure in heaven—but the greatest heavenly treasure is Christ Himself.’ Twenty-sixth Sunday after Pentecost. Eat, Drink, and Be Merry
From The Explanation of the Gospel of St. Luke by Blessed Theophylact, Archbishop of Ochrid and Bulgaria
Blessed Theophylact of Ochrid
We do not gain any rest, and it is clear from all the cares that come from our further efforts that we are piling up for ourselves only a great multitude of sins. Yet the foolish man says, I will pull down my barns, and build greater. A sermon on the Gospel according to Luke 12:16-21—the parable of the rich man
Blessed Theophylact of Ochrid

A sermon on the Gospel according to Luke 12:16-21—the parable of the rich man
Blessed Theophylact of Ochrid
The rich man is chastised because the only thing he really wants in life is control—that’s it, control. He wants to be able to organize everything exactly as he wants, with no uncertainty, no ambiguity, no external things impacting his life, impacting his desires…
Comments