Russia to Honor A321 Crash Victims on 40th Day After Catastrophe 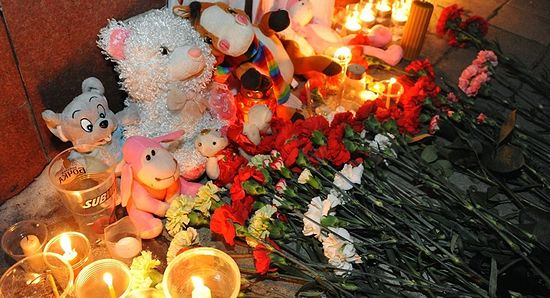 On October 31, an Airbus A321 passenger aircraft operated by the Russian airline Kogalymavia under the brand name Metrojet crashed in Egypt’s Sinai Peninsula. All 224 people on board the plane, bound for St. Petersburg, were killed. The crash has become the largest civil aviation disaster in Russian history. The Russian Federal Security Service later said that the plane crashed as a result of a terrorist attack.

Patriarch Kirill, the head of the Russian Orthodox Church, will hold a memorial service for the victims of the A321 crash in a church at the Patriarchal Residence in Moscow.

He also stressed that the Russian Orthodox Church, through its priests and bishops, always strives to "be with its people," and tries to support the people on "the most important thing," when such tragedies hit the nation.

Another major memorial service will take place in St. Isaac's Cathedral in St. Petersburg, the vice-governor of the city, Igor Albin, said in a statement.

He stressed that a number of churches all across Russia are expected to honor the victims, as well.

In the Orthodox tradition, memorial services for the dead are held forty days after someone dies, as it is believed that during this time the person's soul is awaiting God's Last Judgment. This tradition echoes the New Testament of the Bible's description of Jesus' resurrection and ascension into Heaven on the 40th day after his death on the cross. Patriarch Kirill Shocked by Wild Halloween Celebrations at Nightclubs on Day of Mourning for Egypt Air Crash Victims
"It is remarkable that today has been decreed by the president as a day of national mourning. But I was stunned by a report that certain nightclubs and other entertainment facilities celebrated Halloween, which is not ours and is hardly understandable for us, in the early hours of the morning," the patriarch said after celebrating the liturgy in Moscow on Sunday. All Souls Day?
Fr. Silouan Thompson
In about one week, western Christians will commemorate all the dead on November 2, the Feast of All Souls. This commemoration is important to Filipinos, and I am often asked the question: Can we still keep All Souls Day?
Comments
×