Brief Notes on the Kingdom – You Are Not Advancing It 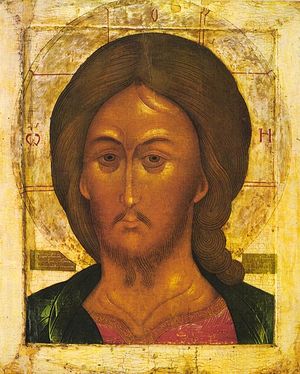 The Kingdom of God is a Divine reality. It is the marriage of heaven and earth, of the created and the uncreated. It is the resurrection of the dead and the transformation of all things. It is the apokatastasis. It is solely and completely the gift of God and subject to no human effort.

This remains the nature of the Kingdom. It is both “already here” and yet “still coming.” We speak of its coming in the past tense at one point in St. John Chrysostom’s Liturgy. We can do so because the Liturgy itself is the Mystical Supper, that meal which we eat with Christ in the Kingdom. It is for this reason that all of the Sacraments of the Church begin with the invocation: “Blessed is the Kingdom, of the Father, and of the Son, and of the Holy Spirit.”

The phrase, “advancing the Kingdom,” and similar expressions is a 19th-century invention, something never(!) uttered in Christianity prior to that. None of the Reformers, nor Catholic nor Orthodox teachers prior to that century ever used such a phrase or similar expressions. It is deeply problematic. It easily becomes a slogan that transforms the Kingdom into a secular, historical project towards which human society is supposedly evolving.

The Kingdom of God does not evolve. It undergoes no development. It is utterly Divine in its origin and transformative in its coming. It cannot be brought about through political or economic efforts. Instead, the language of “advancing the Kingdom,” or “building up the Kingdom,” etc., has frequently been the excuse to abandon the teaching of the faith and trust in the secular works of man.

The work of the Church is not progressive in nature. Whatever we do, preaching the gospel, serving the poor, reconciling enemies, etc., are not a movement in history working towards or bringing about a desired end or result. We are in no way the cause of the Kingdom. The Kingdom is solely the work of God. We are called to keep the commandments in light of the Kingdom of God and its coming into the world.

The danger involved in our less-than-careful use of terms such as “advancing” and “building,” is the transformation of God’s work into man’s work. In a world dominated by the philosophy of modernity, in which man without God is seen as moving history towards some utopian or “better” state, the “Kingdom” easily becomes only a slogan for a religious project, something we do for God.

From the beginning, the proclamation of the gospel has been: “The Kingdom of God is at hand.” The Dangerous Vision of Paradise
Fr. Stephen Freeman
Modern people do not live – they dream. And their dreams sometimes become nightmares. Paradise – Spiritual and Empirical
Fr. Ted Bobosh
The Fathers of the Church were biblical literalists in the sense that they took every single word of Scripture seriously. The words of Scripture had a plain meaning, but they also both hid and revealed a spiritual sense.

Desiring to Return Us to Paradise
Fr. Ted Bobosh
Salvation is so much richer than the mere payment of a debt. Salvation restores our humanity to us be reuniting humanity to divinity. Christ’s desire was to bring us to Paradise, not just cancel a debt, but to save us, restore our humanity and unite us to the divine life.
Comments
×