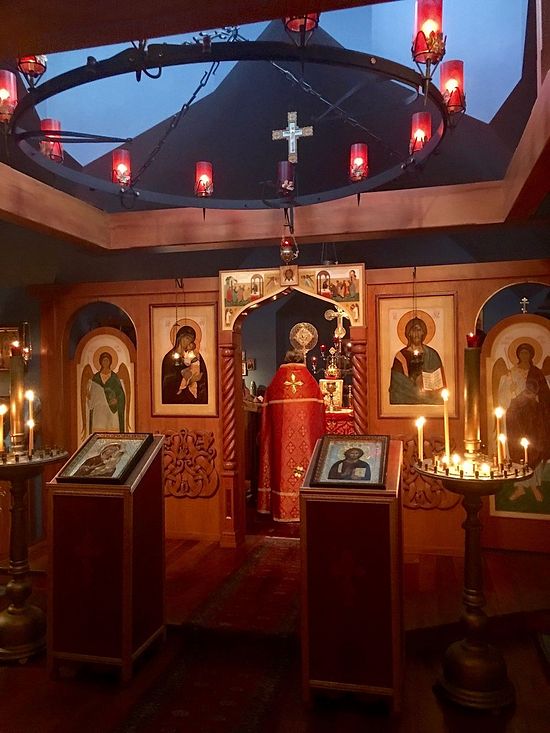 In an age when many Christian denominations are trying to appear relevant and modern, I am amazed by the number of people who thank me for imaging the ancient faith of Orthodox Christianity in the midst of this secular world. Many Orthodox jurisdictions that previously wanted to blend in with their Catholic and Protestant neighbors by having clergy put off the traditional “look” of Orthodoxy, are now rediscovering the wisdom of these traditions. Now that large numbers of the clean shaven, and modern attired, heterodox clergy have been discredited in the minds of the world, due to theological and moral lapses, is there any logical reason we Orthodox would really want to imitate them?

Like other Orthodox clergy, I can also attest to the fact that my beard, and way I dress, are a great aids in keeping me attuned to my vocation as a monk and priest. It is hard to forget your high calling when you “dress for work” each and every hour of every day. The appearance of we Orthodox clergy is a constant reminder that we, as priests, have been set apart as Guardians of the Mysteries, and Servants of the Most High.

From my personal observations, I have come to believe that Orthodoxy, if it is to thrive into the next century, must adhere to the ancient traditions and roots of faith that have set her apart from the religions. The Church must proclaim the Good News of Christ in all its purity, so that the mystical and sacramental core of her very being be clearly seen by a world that so needs this ancient, unchanging faith. The world must see by our other worldliness that Orthodoxy offers the transformational healing that comes through a life spent in Christ’s Church. By clinging to her ancient, God inspired Tradition, the Church takes seriously the mystical and sacramental roots of her divinely founded self.

As we Orthodox look in amazement at the resurrection of our Church following the fall of communism, with the thousands of new churches being reopened, new ones built, and monasteries growing at a phenomenal rate, we can see that the twenty-first century could well be the Age of Orthodoxy. And for this to happen, we must put off everything that has brought down Western Christianity.

Accountability must be foremost in how we operate as religious institutions. Bishops and priests must be accountable to one another, transgressions against the Body of Christ must be rooted out, and the clergy (including our bishops) must serve others as humble servants of Christ, and as living icons of the Gospel message. Christ our Saviour must be seen in us. The Lord must be seen in how we serve, how we live, and in how we love. The transformational power of Orthodoxy must be allowed to change the world, as the “institutional” church is replaced with the gospel vision of the Church as Hospital of the Soul.

The Orthodox Church will thrive in the twenty-first century only if we commit to being the otherworldly people we are called to be, living in the world, but not being of the world. The Church will thrive, not because she adapts to modern styles of dress, and modern trends of moral and theological thought, but because of her willingness to serve the world in imitation of the holy fathers of the Church who have gone on before us. Just as the Church has always refused to conform to the styles and fashions of this fallen, she must point the way to this unchanging Faith that has the power to transform lives, and usher us into communion with the Most High God. Living God’s Word
Fr. Silouan Benedict
The Word of God acts gently within your soul. God transforms us through his word, so it is very necessary to allow the Word of God to sink into you. And the right interpretation of the Word of God has to sink within you, not the word of God spoken by heretics and schismatics. The Orthodox Church helps you to know the Truth, the Whole Truth and Nothing but the Truth.