A new team of experts will be formed to examine the remains of the Russian Royal Family, and a more complex examination is planned, said Bishop Tikhon of Yegoryevsk, a member of the special working group set up by the Russian Investigative Committee, reports Interfax-Religion. 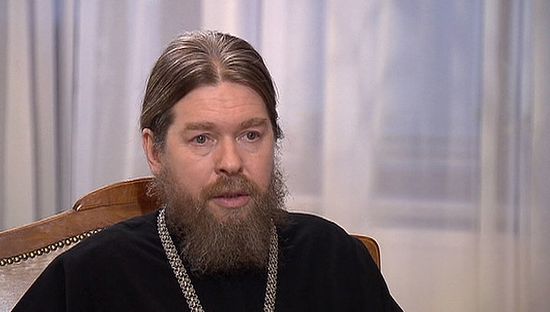 “With the blessing of His Holiness Patriarch Kirill and at his request to the Investigative Committee a new team of experts is now being formed. A complex examination will be carried out for the first time – a historical, anthropological and genetic one,” Bishop Tikhon said on Thursday in his interview with the Rossiya 24 TV channel.

As he noted, the Church is grateful to the country’s leaders who have assured that, “there will be no haste and no deadline will be fixed for carrying out of this examination.”

According to the bishop, there were also attempts to tie down completion of the expert examination to some specific date.

“Now we have been assured that the scientists will be given as much time as they need (let it be approximately 2-3 years), and that the expert examinations will be carried out very thoroughly and by professionals,” Bishop Tikhon said.

Recently the Russian Orthodox Church established a special commission for studying the results of the new examination of the Royal Family members’ remains. The commission is headed by Metropolitan Varsonofy of St. Petersburg and Ladoga.

Earlier a government working group was set up to deal with issues related to the examination and burial of the children of Nicholas II – Tsesarevich Alexei and Grant Duchess Maria – along with a special group at the Russian Investigative Committee. Representatives of the Church are among the members of these commissions.

On September 23, 2015, at the Sts. Peter and Paul Cathedral of St. Petersburg, in the presence of Church representatives samples from the alleged skeletons of Nicholas II and Empress Alexandra Feodorovna were taken along with blood samples from the clothes of the last emperor’s grandfather – Alexander II – which he was wearing when assassinated in 1881. The samples were delivered to Moscow for testing. In November the tomb of Emperor Alexander III was opened.

Genetic research into the remains of Nicholas II and Tsarina Alexandra confirmed that the skulls match the skeletons.

Now the second stage of the expert examination is going on. It includes comparing the genetic materials (DNA) of Nicholas II and his spouse with those of Alexei and Maria, establishing the genotype of Alexander III, detecting of hemophilia in the remains of Empress Alexandra Feodorovna, her daughters and Tsesarevich Alexei.

In addition to this, the examination of blood from Alexander II’s clothes is to be completed. Work on the servants and small retinue of Nicholas II who were executed together with the Royal Family will also be done. Alexander III Shrine to be Opened Tuesday for DNA Study in Probe into Death of Last Russian Tsar's Family
Experts are planning to begin studying the remains of Russian emperor Alexander III this week in a new DNA study whithin the criminal probe into the death of the last Russian royal family.