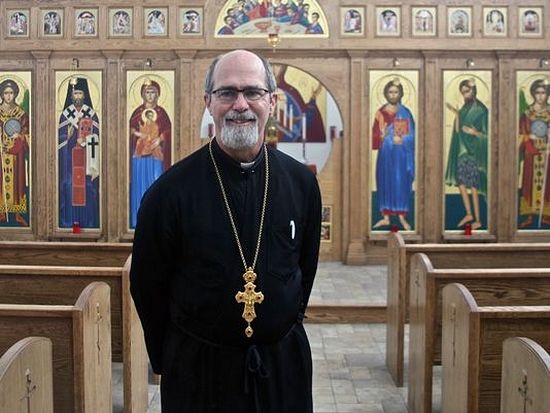 Father David Kruse poses for a photograph in the sanctuary of St. Raphael Orthodox Christian Church on Wednesday, Dec. 2, 2015. Located in Thousand Palms, the church was founded by a family of Syrian refugees. (Photo: Lucas Esposito/The Desert Sun)

For the Rev. David Kruse, the plight of the Syrian refugees is not new.

Long before the refugee crisis made the nightly news, he and his 45 congregants at St. Raphael of Brooklyn Antiochian Orthodox Christian Church in Thousand Palms have been praying. Praying for their loved ones living in Syria. Praying for two of their leaders — Metropolitans Paul Yaglizi and John Ibrahim — who went missing more than two years ago from their homes in Aleppo. Praying for peace.

The Orthodox church has always had strong ties to Syria, where its world headquarters is based. St. Raphael, the church's namesake, was born to parents who were Syrian refugees. Most of the members are from Egypt, Palestine, Syria or Lebanon.

Roughly 11 million Syrians, nearly half the nation's population, have fled their homes since the civil war broke out in 2011, and about 4 million have left their country.

Kruse has seen and felt the suffering of his people for much longer than it's made headlines.

"In a sense, what we're seeing now because we have media coverage has been the Orthodox experience for thousands of years," he said. "The Orthodox church has always been under prosecution. Primarily my people are concerned about their loved ones."

In light of recent terrorist attacks, Kruse said he understands the fears of many, but said allowing refugees into the country must not turn into discrimination against Muslims.

St. Raphael's will accept refugees into their lives and homes if they are known to the community, Kruse said, striking a balance between assuaging fears and compassionate living.

For the Christians who still wrestle with what to do, Kruse had some simple advice.

"If you're a Christian, then act like a Christian," Kruse said. "If you believe what Jesus said about loving your enemies, then here's where you act on it."

President Barack Obama plans to bring in up to 10,000 Syrian refugees over the next year. The White House said  2,174 Syrian refugees have been admitted to the United States since Sept. 11, 2001, and "not a single one has been arrested or deported on terrorism-related grounds." 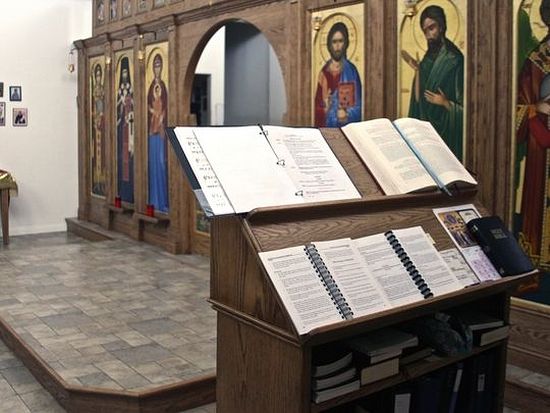 Rabbi David Lazar of Temple Isaiah in Palm Springs holds a similar connection to the displaced Syrians, he said, calling being a refugee a "generational issue" for the Jews.

Lazar is struck by the dozen-plus times in which Jews have found themselves cast out of their homelands, from as far back as 722 B.C. to as recently as the 1970s.

Upon hearing of a Menifee church that had received threats after publicly stating that it would accept Syrian refugees in early December, the rabbi traveled to the church to pray with its pastor. 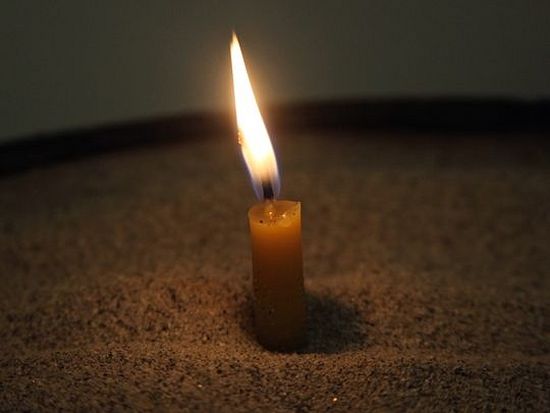 A candle was lit by the entrance of the sanctuary of St. Raphael Orthodox Christian Church in Thousand Palms on Wednesday, Dec. 2, 2015. (Photo: Lucas Esposito/The Desert Sun)

Though he understands the fears surrounding allowing refugees into the U.S. and believes in a thorough screening system, Lazar is reminded of the passage of the Torah from Leviticus 19:34 that spells out directly what he and God's people are to do in this crisis.

"You shall treat the stranger who sojourns with you as the native among you," the passage says. "And you shall love him as yourself, for you were strangers in the land of Egypt."

"We can't let these fears freeze our actions," Lazar said. "There has to be compassion, understanding no matter where the refugees are coming from." Middle East Sojourners
An interview with Isaac Clifford Gardner. Part 2
He was a soldier with ISIS and had heard their radio broadcast and wanted to become a Christian. They were able to connect him with Christians in Syria who helped him escape. There are many such stories in the midst of the chaos and destruction.