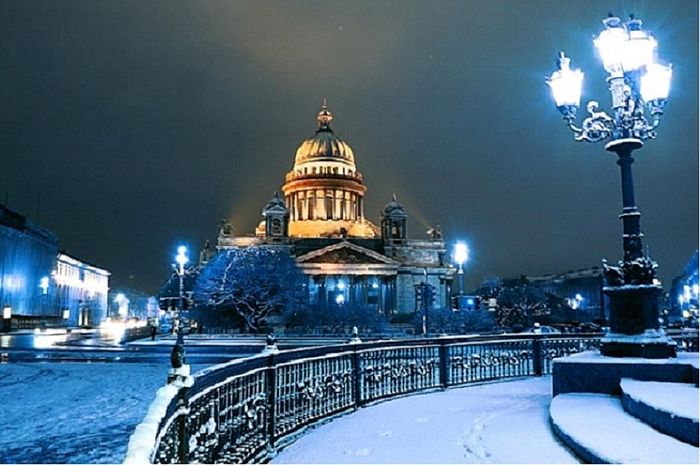 St. Isaac’s Cathedral, St. Petersburg's largest Orthodox cathedral, opened its doors on 6 January for a Christmas Eve liturgy, for the first time since 1928.

Several thousand Orthodox believers attended the Divine Liturgy which began at midnight on 6 January, the day before Orthodox Christians celebrate Christmas on 7 January in line with the Julian calendar. The Divine Liturgy was headed by Archpriest Aleksei Isayev, the senior priest of the cathedral. 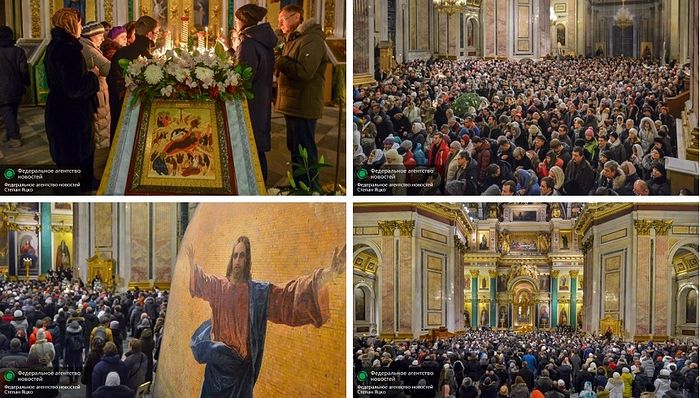 Built in 1818-1858, St. Isaac's Cathedral was originally the city's main church and the largest cathedral in Russia. After the Revolution, the church was plundered in May 1922, the Bolsheviks seizing 48 kg of gold products, and more than 2 tons of silver jewellery. Its rector Archpriest Leonid Epiphany (1872-1937) was arrested on 29 April, 1922. In 1928 liturgies were discontinued, and the cathedral was permanently closed. On 12 April, 1931 St Isaac’s Cathedral opened as the State Antireligious Museum.

In the summer of 2015 the St. Petersburg Diocese of the Russian Orthodox Church appealed to the city government with a request to return St. Isaac’s Cathedral, but the city authorities voted that the cathedral would remain the responsibility of the State Memorial Museum. St. Isaac's Cathedral to Remain a Museum Despite Request From Orthodox Church Rosabel Baldwin1/11/2016 3:12 am
Awesome! The interior is hard to describe and the interior really looks to climb to Heaven. Wish I could have been back there for these services.