The Sunday After Nativity 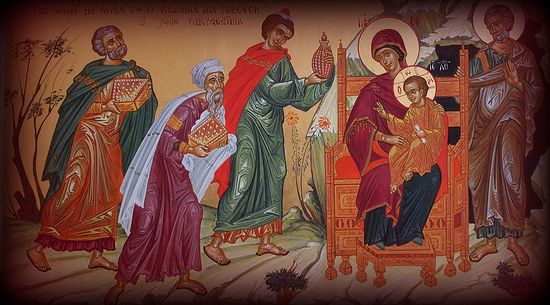 On this Sunday the Church commemorates three people who were close to Christ.

First of all, His ancestor, the holy King and Prophet David, who foresaw the Coming of Christ in his Psalms.

Secondly, we recall the righteous Joseph the Betrothed, who protected the Mother of God and her Child before, during and after His birth.

Thirdly, we remember the son of Joseph, James, who accompanied the Mother of God, Christ and Joseph on the flight into Egypt, and later became one of the Apostles and indeed was martyred as James the Righteous, the first Orthodox Bishop of Jerusalem.

It is interesting to recall to Non-Believers the words of the Gospel regarding this Flight into Egypt, and how Joseph was commanded to 'take the young child and his mother into Egypt'. We note how the Scriptures clearly do not call Christ, 'Joseph's son', or his mother, 'your wife'. Again the Scriptures say that all this was to fulfil the words of the Scriptures: 'Out of Egypt have I called my son', and not, 'out of Egypt have I called Joseph's son'.

However, today, I would also like to recall to our attention three others who were closely associated with Christ at this time, the Three Wise Men, called the Magi. They are actually commemorated on Christmas Day itself, but somehow we often overlook them.

The Wise Men, by tradition three in number, came from Babylon, which was at that time a centre of astronomy. They came to worship Christ for they had seen a great sign in the sky. In recent times, various scientists and others have tried to identify this sign either as a star, or else a conjunction of planets, and thus to date the time of Christ's birth. As Orthodox, we do not believe that the Wise Men found Christ by following a 'star'. First of all, if it had been a star, would they have been able to follow it by day as well as by night? And above all, we know from the Scriptures that the Wise Men found the Christ-Child because the 'star' stopped directly over the house where He was. Stars do not stand over houses. In reality, this was no star - this was the light of the Holy Spirit.

First of all, do we give gold to the Church? I do not mean literally gold, I mean financial support. There are some people who may think that I am being indelicate, unspiritual, but the fact is that the Church needs financial support in order to survive. At this time of the year especially, it might be good for us to look again at how we support the Church in this respect. The Wise Men gave gold to Christ, which may well have paid for the Flight into Egypt. How do we give gold to Christ?

Secondly, do we give incense to the people who form the Church, the members or limbs of the Body of Christ? I do not literally mean incense, I mean respect, love of our neighbours whom we come across every time we attend church. This is what incense means, it is why the priest censes the icons or images in church and also the people who are images of Christ, he is showing honour and respect, not hatred and dislike. Do we honour one another and show concern and love for one another? The Wise Men did to Christ. How do we honour one another, showing love and patience?

Finally, do we give myrrh to those around us? Again, I do not literally mean myrrh, I mean merciful love and compassion to all those whom we meet in our daily life, whoever they may be. The Wise Men gave the mercy of myrrh to Christ. How do we show mercy to those around us who are all made in the image of Christ? 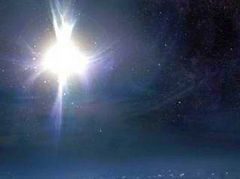 The Star of Bethlehem
Every year around Christmas, reports appear in the papers or on television which claim to give an astronomical explanation of the Star of Bethlehem: It was a comet, we’re told, or a supernova, or a reading in an astrological horoscope. These speculations miss the early Christian understanding of the Star that led the Magi. 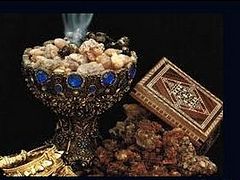 What to Give to the One who Made Everything?
Father John Parker
Royalty, divinity, and death. These were the gifts offered as signs of the essence of Jesus Christ. As we celebrate the feast, adoring him, let us also enflesh the call of this ancient hymn and prayer: 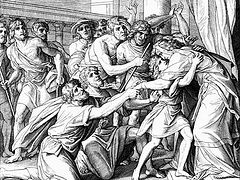 The Divine Wisdom of Righteous Joseph
Archimandrite Tikhon (Shevkunov)
We often say: What is spirituality, where is it, how can we touch it? Here it is. This is that very wisdom, that very light of Christ that enlightens all. 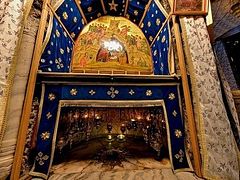 Another Way
Fr. Seraphim Holland
Here is what I want to share with you from my heart. When the wise men had finished worshipping the Lord Jesus, Being warned of God in a dream that they should not return to Herod, they departed into their own country another way (Mt. 2:12). This is very significant. Every time I read this, I am filled with great joy. There is another way, brothers and sisters.
Comments
×