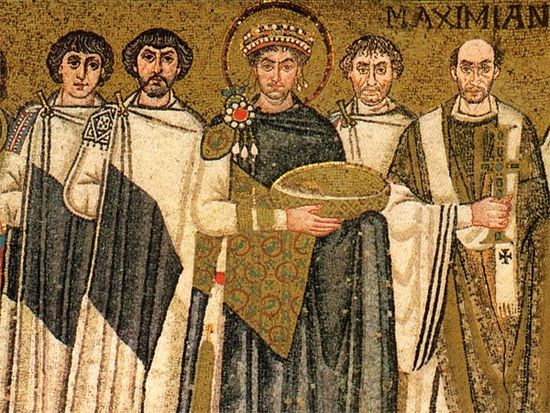 Politics may make for strange bedfellows but the political alliances forged by many American Christians are worse than strange--they are ironic and self-contradictory.

On the left, partisans draw on Christian teaching to pursue social justice, racial and gender equality, and responsibility for the environment. But in order to have a voice within the political left, Christians align themselves with advocates of unrestricted abortion rights, assisted suicide, and those who (naively) seek to remove religious discourse from the public square.

On the right, partisans draw on Christian teaching to challenge abortion and to advocate for traditional values. But in order to gain influence with the political right, they routinely align themselves with policies and organizations that obstruct clean air and water legislation, endorse capital punishment, and resist immigration and gun control.

When Christians uncritically affiliate themselves with either party, they do so because of political conviction rather than sound theological reflection. It is only through ignorance or duplicity that one can suggest that the Democrats or Republicans genuinely reflect Christian teaching.

While Orthodox Christians in the United States are just as likely as others to succumb to these false dichotomies, their history might offer a way out of the ideological traps and self-contradictions that dominate current political discourse.

In the second century, when Christians first intervened in the public arena, they stressed that their contribution was superior to ordinary Roman citizens because they were motived by faith in God, rather than political advancement. For authors like St. Justin Martyr, Christians sought the public good, for the sake of the good, regardless of whether the state looked favorably upon Christianity. This is a profoundly important insight.

Even after the legalization of Christianity, when Christians enjoyed a position of privilege, the most significant theologians of the Church were also those who consistently championed political causes that no ancient government could accept.

St. Ambrose censured judges who issued the death penalty, St. Basil excommunicated soldiers who killed in battle, and St. John Chrysostom demanded that the political establishment redistribute its wealth on behalf of impoverished laborers and refugees who had no legal standing.

Not only do these issues remain with us today, these interventions bear witness to the fact that the saints did not jettison their moral convictions for the sake of political expediency or predetermined alliances.

It was during St. Ambrose's tenure as bishop that the emperor Theodosius first declared Christianity the official religion of the empire. Theodosius was also responsible for orchestrating the Second Ecumenical Council. But neither endeavor did anything to deter St. Ambrose from repeatedly condemning the emperor for behavior and policies that contravened the Gospel.

The political, social, and economic setting of Orthodox Christian history is certainly different than our contemporary context. And, of course, we face a great number of political and social questions for which there is no unambiguous answer from Christian thought or practice. But there are some important lessons from the Orthodox Christian experience that would benefit all American Christians who hope to be active in the public arena.

Most importantly, we learn that the engagement in politics should be motivated by a concern for the public good for its own sake. We also learn that the most significant Christian thinkers were those who maintained their moral credibility rather than strike deals with the politically powerful.

A politics that entails moral self-contradiction may be expedient, but it can never reflect a genuine Christian politics. Analyzing the transformation of Church-State Relations in Russia from 1987 to 2008
Ryan Hunter
The “Gorbachev Revolution” and Beyond: An End to State Repression and an Organic Orthodox Resurgence, 1987-2008: Ecclesial Conservatism in Contemporary Society
Over the past few months, an outbreak of events involving the Russian Orthodox Church has occupied public attention. A series of sensational stories centered on the clergy has evoked a flood of tense conversations in the media regarding the place and role of the Russian Orthodox Church in contemporary society. The situation is continuously becoming more heated, and has already spilled over into open opposition between ecclesiastical and anti-clerical forces.
Comments

The Ten Commandments said, "Thou Shall Not Kill"

So, to be right with God, we would have to stop ALL killing....

Which political party (or individual) would agree to that and then put it into the Constitution as the law of the land?

David Sanders11/15/2016 9:53 pm
Life begins at conception just as the Church teaches. Although the political right supports the death penalty, the left not only supports abortion but abortion as a means of birth control. This women's "right" should be up until the baby is born is the equivalent of murder. At least in the death penalty the accused as a trial and several years of appeals before the sentence is carried out. The number of those who are executed are few. Those who have been murdered in the womb number in the millions. I oppose the death penalty but I think I'll stick with the political right that by the evidence alone values human life more dearly than the left.

Justina11/9/2016 4:02 pm
This view of the fathers is not quite accurate, St. Basil the Great didn't excommunicate soldiers who killed in battle except temporarily, consistent with the OT model that anyone who had killed in battle or touched a dead body had to be purified seven times (I think it was seven). I am not sure about the context of the censuring of judges who issued death penalties what the crimes were or the evidence etc. etc.
×