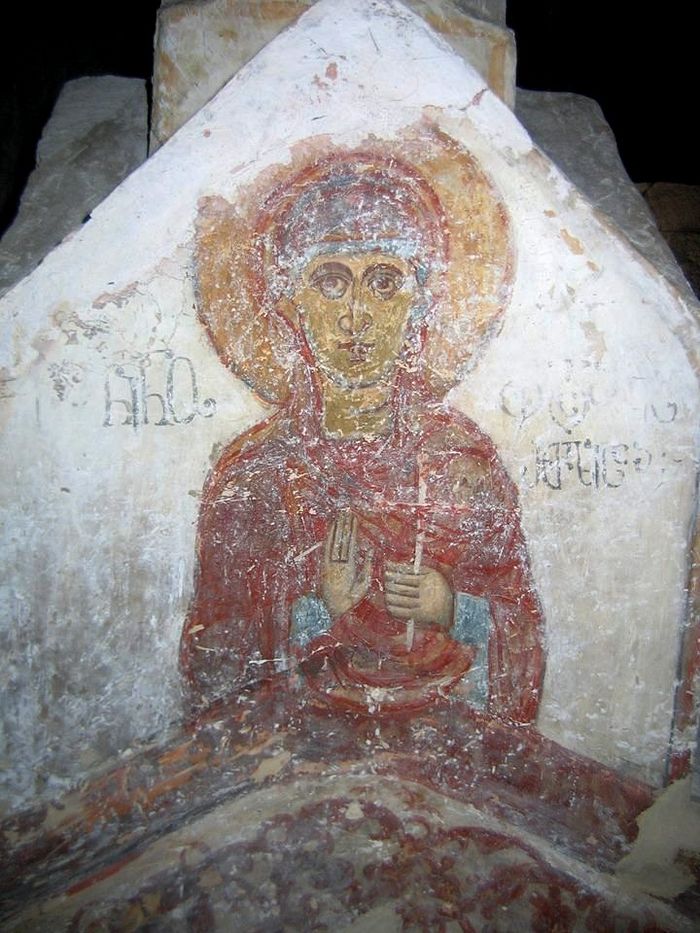 The Georgian Orthodox Church celebrates today the day of Saint Nino (Ninooba Holiday). Former Director of the National Agency for the Cultural Heritage Preservation of Georgia, Nikoloz Vacheishvili has published an interesting story concerning this day.

“A story to tell for Ninooba: In 2005 (or maybe it was 2006) the restoration work at Gergeti Trinity church was underway. Nothing new was expected to be discovered. We only had to organize the interior and solve the roofing problems. The only thing that looked strange was the iconostasis painted blank blue by Russians. After another day, from under the paint appeared different, simpler colors. They called us at the ministry and said the old frescoes appeared. "What shall we do?" they asked. Then they sent us some photos and a sample of the "Russian" paint. We couldn’t wait to see it with our own eyes, so we all left for Gergeti immediately.

The strange "russification" layer was slowly removed and we could see some drawings. Then some inscriptions in the Asomtavruli alphabet [the oldest Georgian script] appeared and then a ruby red, very thin fresco of St. Nino and an inscription that read: "Saint Nino, Mother of Georgia." It was very exciting! The fresco was covered with paint by a Russian exarch, when Ilia Chavchavadze was returning from Saint Petersburg. Now it has reappeared. It is one of very few images of Saint Nino. It dates back to the 16th century and shows how popular she was in the mountains too. 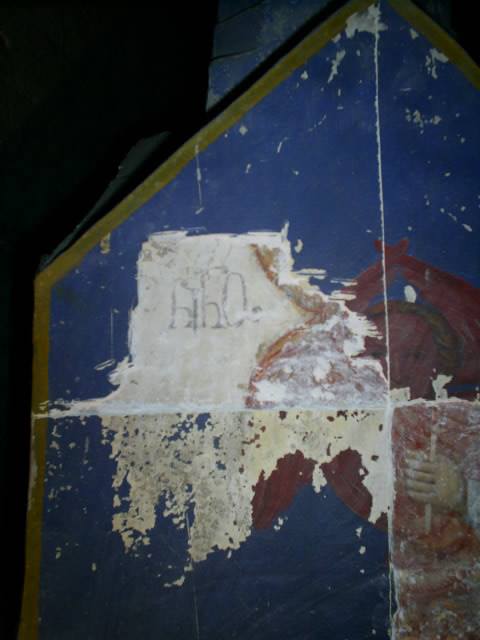 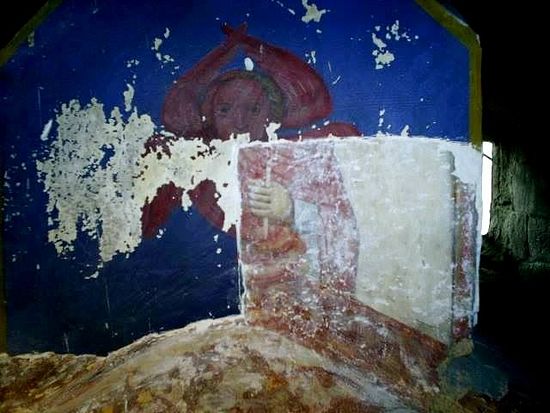 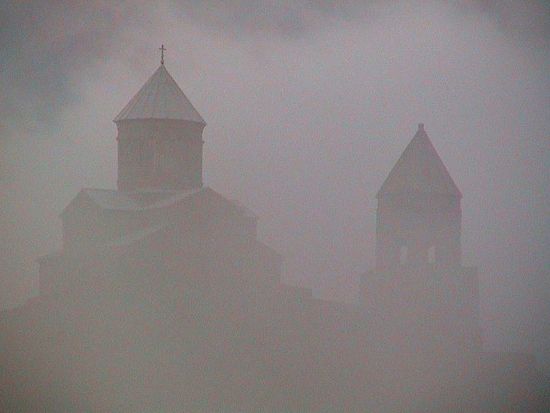 I took these photos that same day.“

The day of Saint Nino is celebrated by the Georgian Church twice a year: on May 19/ June 1, when she came to Georgia and on January 14/27, when she died. The Unbearded Jesus: The Story of the 5th Century Mosaic of Latomou Monastery St David of Thessaloniki

The Unbearded Jesus: The Story of the 5th Century Mosaic of Latomou Monastery St David of Thessaloniki
In a church dedicated to St David of Thessaloniki, the Tree-Dweller, or Dendrite, a monk that lived his entire life in the branches of an almond tree, a church whose foundations were a Roman temple, later destroyed as a Byzantine church, converted into a mosque and recently in the 1930’s rebuilt by Asia Minor Greeks fleeing Turkish aggression, exists a most intriguing work of art.

The Life of St. Nina, Equal to the Apostles and Enlightener of Georgia
+ 335 AD, commemorated January 14/27
St. Nina was born in Cappadocia and was the only daughter of pious and noble parents—the Roman general Zabulon, a relative of the great martyr St. George, and Susanna, sister of the patriarch of Jerusalem. When St. Nina was twelve years old, she traveled with her parents to the holy city of Jerusalem.
Comments
×