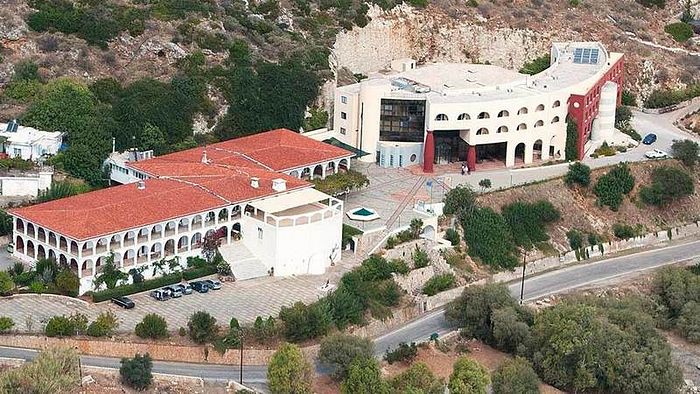 According to Amen.gr, the Holy and Great Synod of the Orthodox Church will take place at the Orthodox Academy of Crete in Kolympari of Chania. The Synod will be presided over by Ecumenical Patriarch Bartholomew, with the Primates and their delegations participating from all the Autocephalous Orthodox Churches. The dates the Synod will be convened will be from June 16th to the 27th. On the Sunday of Pentecost, June 19th, a Panegyrical Divine Liturgy will be celebrated by the Ecumenical Patriarch and concelebrated with the various Primates at the Cathedral Church of Saint Menas in Herakleion.

The Orthodox Academy of Crete is a modern Conference Center situated in an exceptionally beautiful location only a few meters from the sea and next to the Gonia Monastery (17th Century). It is situated 22 kilometers from the city of Chania and 39 kilometers from its international airport. Chania is the westernmost prefecture of Crete, with the city of Chania as its capital. The conference center of the Orthodox Academy of Crete is located about 10 minutes by foot outside the small fishing village of Kolympari. The Pan-Orthodox Council, Ukraine Crisis and Christian Unity
An interview with Metropolitan Hilarion Alfeyev of Volokolamsk, the chairman of the Russian Orthodox Department of External Church Relations.