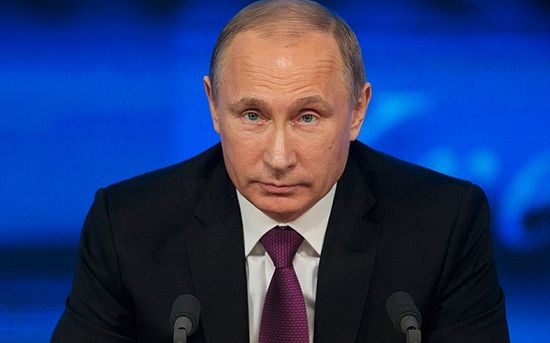 On Monday, Vladimir Putin followed up last week’s denunciation of Lenin with a long exposition on what he thought of communism. Given that Putin’s political ideology is a matter of considerable, often ill-informed, speculation, his answer to a question about Lenin at the regional forum of the All-Russian Popular Front in Stavropol is a really important ideological statement. Below is a translation of the key segment.

[When I worked in the KGB] I wasn’t one of those who became a party member because I had to, but I can’t say either that I was an ideological party member, my attitude towards it was one of caution. Unlike many public servants I wasn’t a public servant with a party point of view. But unlike many of them I didn’t throw away my party card, I didn’t burn it. … It’s still lying around somewhere.

I liked a lot, and still like, communist and socialist ideas. If you look at the Code for the building of communism, which was widely distributed in the Soviet Union, it strongly resembles the Bible. This is not a joke, it’s like an excerpt from the Bible. The ideas are good: equality, brotherhood, happiness, but the practical embodiment of these remarkable ideas were far from those laid out by socialist utopians like [Henri de] Saint Simon and [Robert] Owen. Our country did not resemble the City of the Sun.

Everyone accused the Tsarist regime of repressions. But what did the establishment of Soviet power begin with? Mass repressions. I won’t talk about the scale, but simply of the most appalling example: the destruction and shooting of the Imperial family together with their children. Perhaps there was some idea that it was necessary to eradicate, as it were, any possible heirs. But why kill Doctor Botkin? Why kill the servants, people generally of proletarian origin? For what purpose? In order to cover up the crime.

Remember, we didn’t use to think about this much. Very well, they fought against people who resisted Soviet power with arms in their hands, but why kill the priests? In 1918 alone, they shot 3,000 priests, and in ten years 10,000 of them. In the Don region, they threw hundreds under the ice. When you start to think about it, and you get new information, you evaluate many things differently.

Vladimir Ilyich Lenin, in one of his letters to Molotov, I think, wrote – I can’t quote him exactly – that the more reactionary representatives of the bourgeoisie and the priesthood we shoot, the better. You know, this approach doesn’t tally with some of our former ideas about the essence of power.

And the role of the communist, Bolshevik party in the collapse of the front in the First World War is well known. What was the result? We lost to a country which lost, since several months later Germany surrendered, and we ended up losing to losers, a unique occurrence in history. And for what purpose? For the sake of seizing power. How should we, knowing this today, evaluate this situation which brought enormous, simply colossal, losses to the country.

And then there’s the economy. Why did they move to the New Economic Policy (NEP)? Because the existing requisitioning of farm produce wasn’t working, it couldn’t. It couldn’t supply the large towns with food. So they moved to a market economy, then quickly got rid of it.

You know, what I am saying now are my personal deductions, my own analysis. A planned economy has definite advantages, it allows general state resources to be concentrated to fulfil very important tasks. In this way, health care questions were resolved – an undoubted service of the communist party of that time. So also were questions of education solved – an undoubted service of the communist party of that time. So were decided questions of defence industrialization. I think that without this concentration of general state resources, the Soviet Union could not have prepared for war with Nazi Germany. And there was a great probability of defeat with catastrophic consequences for our statehood, for the Russian people and for the peoples of the Soviet Union. So these are all definite pluses. But in the final analysis, insensitivity to changes, insensitivity to technological revolutions, to new technological structures led to economic collapse.

And finally, the most important thing, which is why I said that we must look in a different way at the ideas which the then leader of the Soviet Union, Vladimir Ilyich Lenin, formulated. What were we talking about? What was I talking about? About how a mine was placed under the building of our statehood. What did I mean? This: I had in mind the discussion between Stalin and Lenin about how to build the new state, the Soviet Union.

If you are a historian, you should know that Stalin formulated the idea of a future Soviet Union based on autonomy. In accordance with this idea, all the subjects of the future state should join the USSR on the basis of autonomy with broad powers. Lenin criticized Stalin’s position and said that it was inopportune and incorrect. Moreover, he promoted the idea of the entry of all the future subjects of this state – and there were then four: Russia, Ukraine, Belorussia, and southern Russia, the Caucasian Federation as it was called, you know better than me.

So he, Lenin, said that the state, the Soviet Union, should be formed on the principle, as he said (I may be mistaken, but the idea is clear), of complete equality with the right of secession from the Soviet Union. And this was a slow-acting mine under the building of our statehood. Moreover, the ethnicities of a multinational but in essence unitary state were given boundaries and territories, and these boundaries were drawn completely arbitrarily, and in general without any foundation. Take Ukraine. Why was it given Donbass? To increase the percentage of proletarians in Ukraine, in order to have social support there. It’s such gibberish, you understand? And it’s not the only example, there are many more.

Cultural autonomy is one thing, autonomy with broad state powers is another, and the right to secede is a third. In the final analysis, this combined with ineffective economic and social policies led to the state’s collapse. And this is a slow-acting mine. And what is it if it is not a slow-acting mine? That’s exactly what it is. And bearing in mind the possibilities of today, we must simply attentively analyze everything which happened in the past. But one can’t smear everything which happened in the past with black paint or look at everything which happens today in bright colours. One must attentively and objectively analyze it in order not to repeat the mistakes of the past, and to build our state, economy, and society in such a way that the state only gets stronger. Putin on Lenin: Planted atomic bomb under building called Russia
Vladimir Putin has criticized the ideas and actions of the leader of the Russian revolution, Vladimir Lenin, which he thinks led to the ruin of historical Russia. 'Creeping Islamization' in Turkey threatens Russia' security - Putin
"The creeping Islamization, which would probably turn Ataturk in his grave, has had an effect on us too. We can see, and we record, that militants, people with origins, say, in the North Caucasus, are staying in Turkey. We have told our partners about that many times."
Comments

Daniel1/6/2020 8:36 am
And people think the catacomb church finished its job... So communism isn't dead. It's resting and taking a breath. That means the MP, in not publicly denouncing its past collaborations as ecclesiastical aberrations in need of repentance, is also resting, waiting for a future collaboration. RTOC here I come.

Martin1/29/2016 12:36 pm
I think whoever wrote this article is way out of line to criticize Pres Putin ideology as being ill informed is this paper run by Americans because it seems to me your wrongfully confusing Vlad with the Western Zionists who are the ones to have corrupt ideology , not Mr President whose ideology has been brilliant and has not been wrong yet. What a despicable thing to write in the first paragraph really is disgraceful .

Mohammed Reza Muller1/29/2016 8:18 am
Recall the past for the sake of the Future. It is imperative for us to recollect our inputs and strategies to correct our current path. We have only one problem as BRICS we have no balanced curcullar economy and our currency regimes and financial system have stagnated and failed to evolve..
×