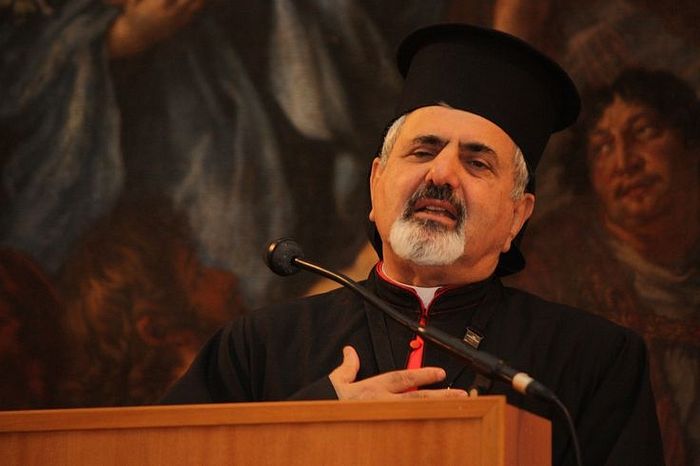 Syrian Catholic Church patriarch Ignatius Ephrem Joseph III Younan has said that he approves of Russia's actions as an attempt to resolve the Syrian conflict and defeat the Islamic State (ISIS). ''Russian intervention gives us a bit of hope in this tragic situation,'' he said. ''Russia has helped Syria a great deal to retake and liberate cities and villages under the control of terrorist groups.'' ''Syrian Christians are grateful to Russia,'' he said.

''Since it intervened, many things have changed on the ground.'' ''We will thank anyone who helps us to remain in our country,'' he added, expressing gratitude towards the Russian Orthodox Church for its words of support to local Christian communities, ''which we have not received from other parts with the same determination''. ''Our anguish and our screams of alarm is that something is happening in Iraq and Syria that has already happened in Turkey: Christians are disappearing in the very lands where Christianity was born.'' The community, he added, was being reduced ever more by ISIS attacks in a very bad situation from a humanitarian standpoint. Christians, he said, ''accounted for between 15 and 19% of the population in Syria in the 1950s, but now this has dropped to less than 5%. After the emptying of Mosul in June 2014, in Iraq we have remained only in Kurdistan as refuges, while two-thirds of the Christians who had been in Baghdad have left.'' America Should Be Grateful to Russia – US Presidential Candidate
A 2016 GOP US presidential candidate and former Arkansas Governor Mike Huckabee said that US should thank Russia for its actions in the Middle East. Russia's Motivation for Protection of the Oppressed is Stronger Than ISIS Calling for Jihad Against Us, Archpriest Vsevolod Chaplin Believes

Russia's Motivation for Protection of the Oppressed is Stronger Than ISIS Calling for Jihad Against Us, Archpriest Vsevolod Chaplin Believes
Jihad of the so-called Islamic State against Russia is doomed to failure as Moscow's motivation for war in the Middle East is stronger than Islamists' reasons, the Russian Orthodox Church official believes.

Russia Aims to be the Protector of Eastern Christians
Starting on December 4, Moscow is waging a diplomatic offensive on several fronts to come to the aid of Christians in the Middle East.
Comments

Sally ILoff 8/28/2016 4:38 am
Good words His Eminence but they are like a voice of one that calls from the desert! The West has no interest of saving Christianity neither in West Europe nor in other part of the world.
×