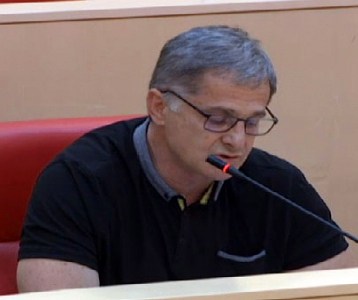 The parliamentary committee for human rights supported on February 2 a bill, which, if approved by the parliament, will make “the insult of religious feelings” an administrative offense.

According to the same draft the “desecration” of religious buildings should be fined with GEL 500 and a repeated offense with GEL 1,000.

The originally proposed wording of the bill envisaged making “the public expression of hatred against religious organizations, clerics and religious believers, and/or publishing or screening of such material, which aims at insulting the religious feelings of believers" an administrative offense.

During discussions at the hearing of the parliamentary committee for human rights, which was not attended by opposition lawmakers, the wording was changed, leaving only the “insult of religious feelings” as an offense.

Chairman of the human rights committee, GD MP Eka Beselia, said that “a balance between freedom of expression and protection of religious feelings” should be upheld.

During the discussions some lawmakers cited, as GD MP Karlo Kopaliani put it, “massive attacks and insults” against the Georgian Orthodox Church as the reasoning for such legislation. The case of the nailing of a pig’s head to the front door of a Muslim school in Kobuleti in 2014 was also mentioned during the discussions.

“Our bill is very soft,” a sponsor of the bill, GD MP Jachvliani, said, adding that in some EU-member countries it is a criminal offense to insult religious feelings – an argument, which was often cited during the discussion, including by committee chair MP Beselia.

In late 2013 the Georgian Interior Ministry proposed a draft law offering adding the “insult of religious feelings” clause to the code of administrative offenses, but at the time the proposal was dropped.

In January, 2015 the Georgian Orthodox Church called on the authorities to provide for the protection of the rights of believers against the “insult of religious feelings.” Pakistan Might Ban Blasphemy Laws After 60,000 Killed, Brother of Murdered Christian Official Says
The brother of Shahbaz Bhatti, a government minister who was killed by terrorists for opposing the controversial blasphemy laws in Pakistan, told the U.K. parliament that his country finally appears to be moving toward religious freedom.

Georgian Orthodox Church is supported by 91% of respondents
Results of the new survey research carried out by the International Republican Institute (IRI) in Georgia have been published.
Comments
×