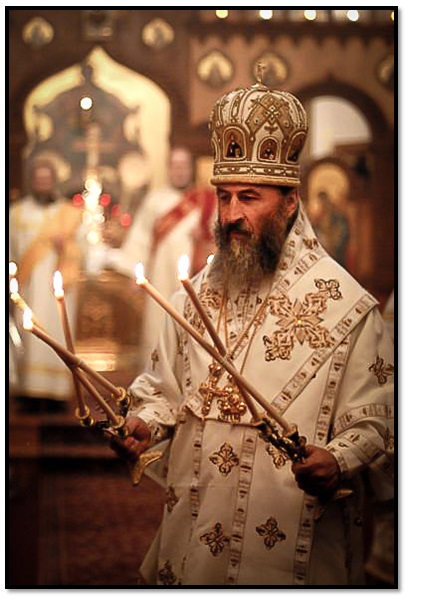 Metropolitan Onufry of Kiev and All Ukraine is concerned about the prospect of legalizing homosexual unions in the country.

Speaking at the Bishops' Council in Moscow, he recalled that on November 12, 2015, the Supreme Rada approved of the draft on "Introducing Changes in the Codex of Ukrainian Laws on Labor (referring to harmonizing Ukrainian law in correspondence with European law in view of preventing and opposing discrimination), the Russian Church reports on its website.

"This law introduces into the Ukrainian legislative field the new terms 'sexual orientation,' and 'gender identity.' Such novelties can become the first step towards promoting the homosexual lifestyle in Ukraine and attempts to legalize homosexual marriages," the metropolitan said.

He said that the Ukrainian Church, together with other religious organizations, offered alternative formulations to the Rada in order to prevent discrimination without introducing "terms alien to Christian morals" into the legislative field.

"Unfortunately, our position has not been heard. Thus, the Bishops' Council of the Ukrainian Orthodox Church again on January 29, 2016 urged the Ukrainian President to back up traditional moral values and protect people from promoting sinful lifestyles in society," Metropolitan Onufry said. More Than One Million March on Rome for ‘Family Day’ to Protest Gay Unions Bill
Caravans of coach buses carrying families from all over Italy streamed into Rome Saturday, meeting in the enormous Circus Maximus. It was a gathering in support of the traditional family, in opposition to a new bill aimed at giving legal recognition to homosexual unions and adoption by same-sex couples.

Against the Myth of the Byzantine Gay Marriage Rite
Fr. Patrick Viscuso
Writing the history of a reli­gious institution involves under­standing concepts and language within their historical and cultural context. Otherwise, the risk is taken that history will be rewritten to suit current preoccupations. Boswell's attempt to prove that the Byzantines regarded adelphopoie­sis as a form of marriage fails be­cause his research presents histori­cal facts and events out of context.
Comments
×