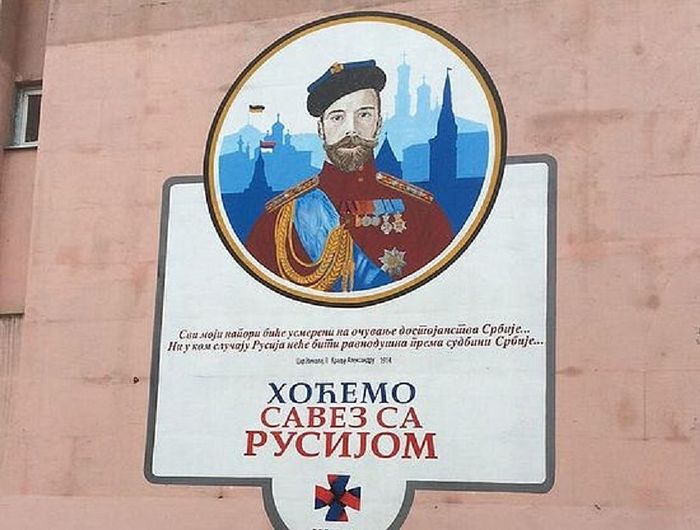 For more than a century, the people of Serbia have held the name of the Emperor Nicholas II with special reverence, believing him to be their patron and protector. Serbs of different generations remember all too well that one of the most difficult periods of their nations’ history was during World War I, when the Russian emperor came to their aid, and defended the fraternal people against Austro-Hungarian aggression, risking his own power, and the future of his empire.

The personal participation of Emperor Nicholas II saved the lives of many Serbian soldiers and affected the final outcome of the war in which Serbs were the victors. Their grateful descendants have not forget his sacrifice.

One manifestation of Serbia’s love and memory was the action of a group of young Serbian artists from the city of Novi Sad. For three days, from 1 to 4 February, a group of enthusiasts produced a large portrait of Emperor Nicholas II in the “popular wall painting style” in the Serbian city. The portrait reflects an original of the emperor painted in 1915 by the famous Russian painter Boris Mikhaylovich Kustodiev (1878-1927).

Beneath the portrait is placed the text of a telegram from Nicholas II to King Aleksandar Karadjordjevic of Serbia: "All my efforts will be made to comply with the dignity of Serbia ... In no case will Russia remain indifferent to the fate of Serbia".

The street portrait was initiated by the Serbian League Coalition "Rodoljub" as a symbol of brotherly love and union between the Serbian and Russian peoples. 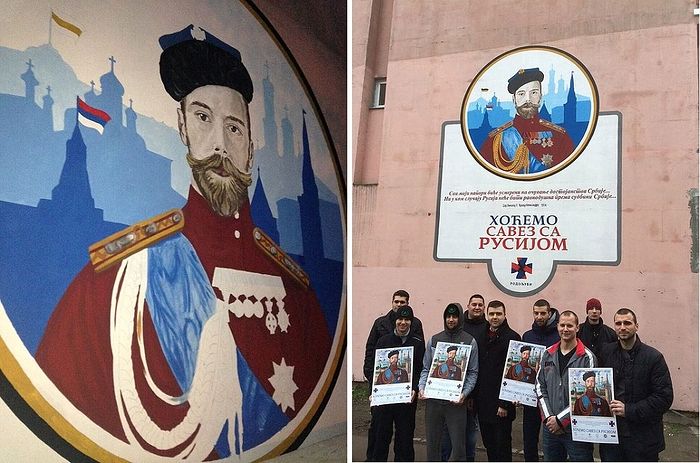 The Cult of Nicholas II
Matthew Dal Santo
Today’s tensions between Russia and the West have breathed new life into old caricatures that many thought had died with the Cold War. It would be ironic if in 2016 Russia’s only officially sanctioned leadership cult turned out to be one of peaceful nonresistance.

In This Great Service: A Theological and Political Defence of Monarchy
Ryan Hunter
Is democracy “automatically” the best form of government? Where did the Christian form of monarchy come from? Ryan Hunter explores these questions and more on his blog.
Comments
×