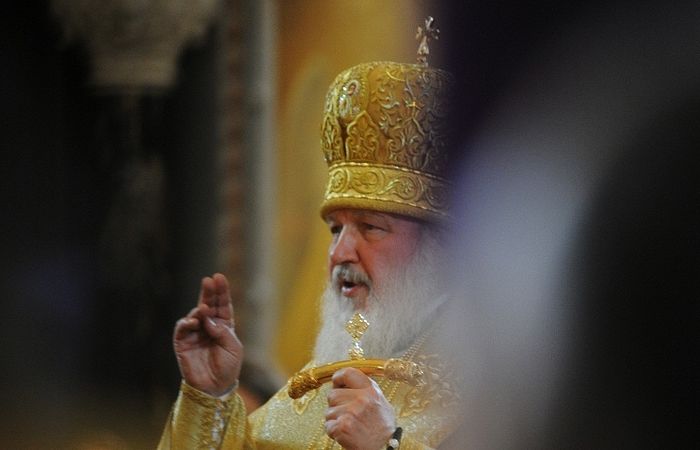 The declaration that will be signed by Patriarch Kirill of Moscow and All Russia and Pope Francis of the Roman Catholic Church in Cuba was finally coordinated in the evening of February 10, the chairman of the Department of External Church Relations Metropolitan Hilarion of Volokolamsk told reporters on Thursday.

"The text of the declaration was being coordinated by both sides until late last night, latest amendements were made. Now we can hope that the coordinated version of the document will be presented at the meeting with the Pope," Metropolitan Hilarion said before taking off to Cuba as part of the Patriarch’s delegation. He noted that "changes to the text of the declaration are still possible nevertheless." Protopriest Alexander Lebedeff, Secretary of the Inter-Orthodox Relations Department of the ROCOR, Considers the Upcoming Meeting Between Two Christian Primates Necessary in the Spirit of Mutual Christian Understanding
Archpriest Alexander Lebedeff
"We pray to the Almighty God that the forthcoming meeting will help foster mutual understanding on many questions which trouble the Christian world and will enable the establishment of peaceful cooperation with other Christian confessions which witness the One Christ God, our Savior." Press conference at DECR on Patriarch Kirill’s forthcoming visit to Latin America
Metropolitan Hilarion of Volokolamsk, chairman of the Department for External Church Relations (DECR), held a press conference on February 5, 2016, at the DECR. The meeting with Russian and foreign mass media reporters was devoted to the primatial visitation of His Holiness Patriarch Kirill of Moscow and All Russia to Latin America, which will take place from February 11 to 22, 2016, His Holiness will visit the Republic of Cuba, the Republic of Paraguay and the Federal Republic of Brazil. Joint Press Release of the Holy See and the Patriarchate of Moscow
This meeting of the primates of the Catholic Church and the Russian Orthodox Church, after a long preparation, will be the first in history and will mark an important stage in relations between the two Churches.
Comments

Protopresbyter Rafael Melendez2/12/2016 8:12 pm
In vain do some Orthodox marvel at the current propaganda of the Latin Church. I disagree with any Orthodox Hierarch meeting with the Arch Heretical Pope of Rome until such time as he has repented of his multiple heresies. Saint Ambrose of Optina warns us that ties with people of other confessions often has caused people to doubt their own Orthodox faith. Therefore, for the sake of the Orthodox believers, I find such meetings scandalous and lacking in pastoral concern for the people of God.