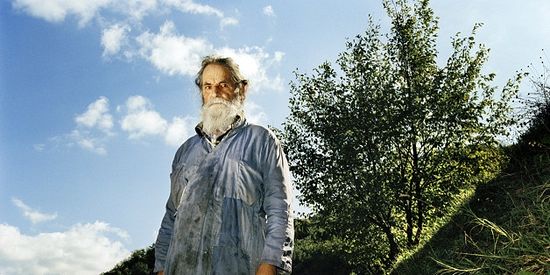 Mount Athos, in northern Greece, is a place steeped in a truly unique history. The tree-swathed slopes of the “Holy Mountain,” as it is commonly called, encompass 127 miles on the coast of the Aegean Sea. Mount Athos, which operates as an autonomous region within Greece itself, contains 20 separate active Greek Orthodox monasteries, and has functioned as a spiritual center of the Orthodox church since the 10th century.

About 1,400 monks currently reside on the mountain, which has been designated a UNESCO World Heritage Site since 1988. Entry to this sacred place -- whose art and learning has influenced Orthodox Christianity for a thousand years -- is difficult to achieve. Since seclusion from the world is a central tenet of the spiritual practice of Mount Athos’ communities, admission is restricted to a finite number of pilgrims per day, who are limited to a four-day, three-night stay. Women are not permitted to visit the mountain. 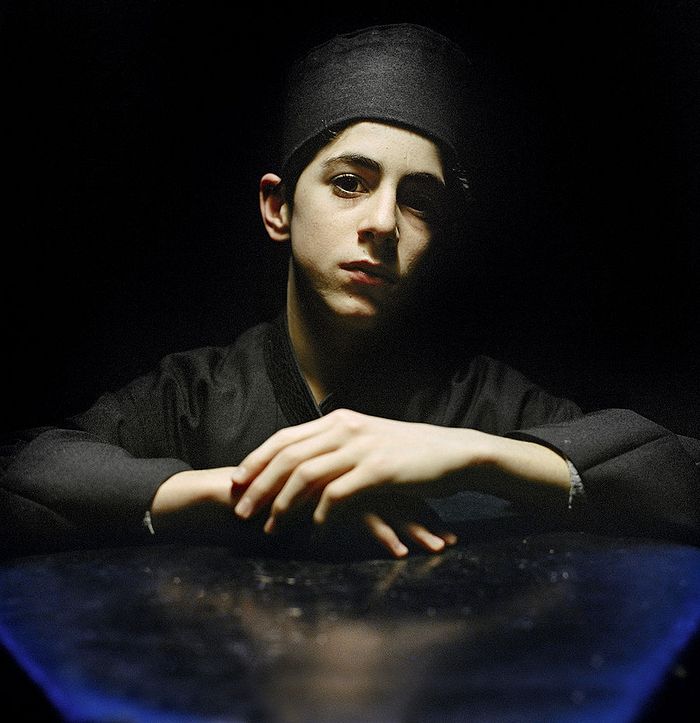 Kalafatis, who spoke exclusively to HuffPost Greece, attempts to capture the history and richness of Mount Athos’ monastic life from a fresh perspective. He knows the people he photographs -- he's spoken to them, he has been a guest in their dorms, he has accepted their blessing and their gifts. He's not a tourist at Athos. He works more like a painter than a photographer, a hagiographer painting rough drafts of the stories of saints. 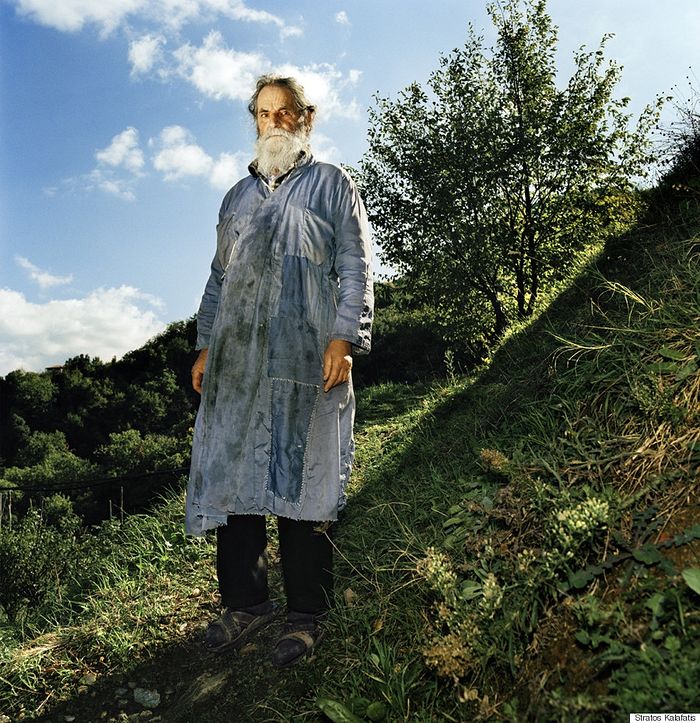 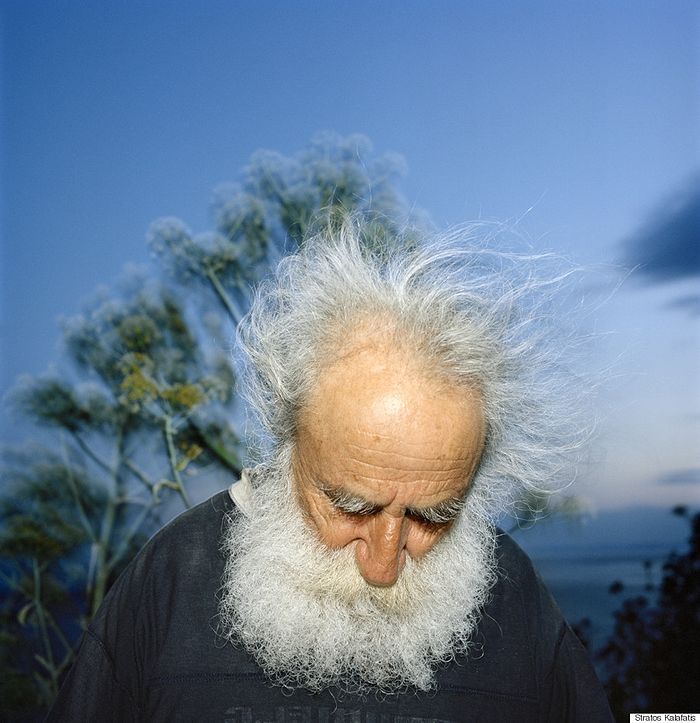 HuffPost Greece spoke to Kalafatis about his project:

I'd like to ask you about your relationship to Orthodox tradition. Was your decision to travel and photograph Mount Athos purely artistic?

I've been visiting the Holy Mountain since my teenage years, either as a pilgrim or as a professional photographer. However, in early 2008 I decided to “take it on” as a photographer-artist. I had to combine my two identities, that of a pilgrim and that of an image creator. 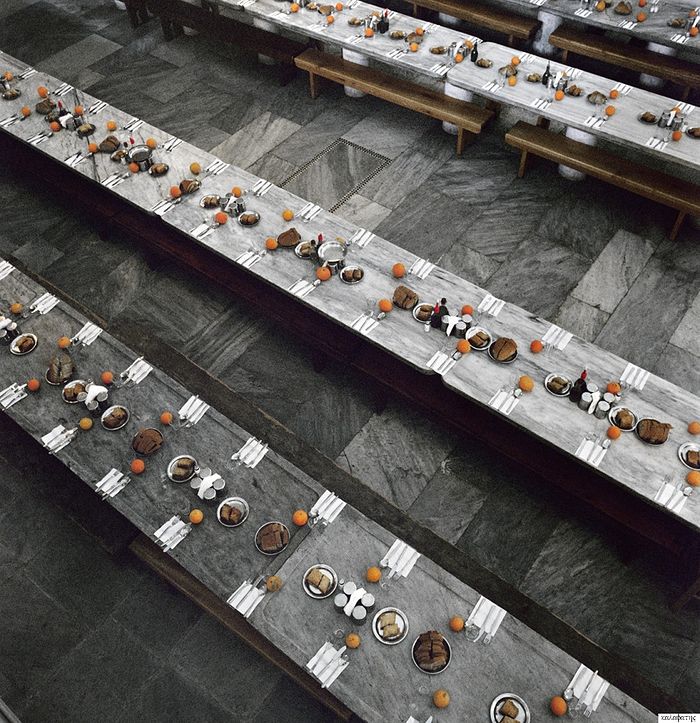 How did the monks welcome you? Did you have difficulties with the monks, and if so, how did you get over them?

The way I photograph people takes time and active participation from the subject. That forces me to be direct and honest about my intentions. That directness is usually the best way to overcome any difficulties and hesitation. 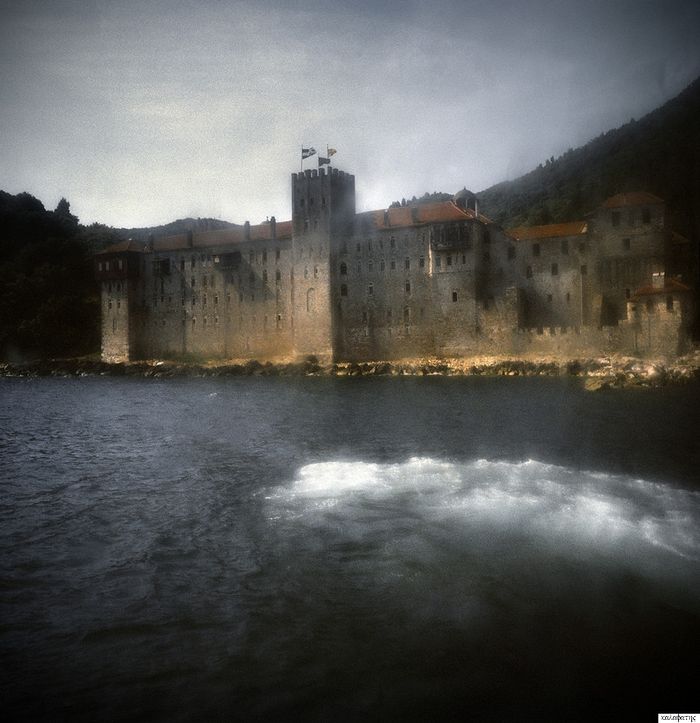 Do you remember any particular encounters with the monks?

We were walking for a long time in the desert of Athos, toward the “horrible Karoulia” [an isolated desert region on the southernmost shore of Mount Athos, occupied principally by ascetics]. A monk was sitting in his front yard. As we walked by, he lifted his head and said, “You're the greatest photographer of Athos, and you’ve come to take my picture.” It was the first time we had met. I wasn't holding anything to indicate that I was a photographer. I took photos of him until sundown. 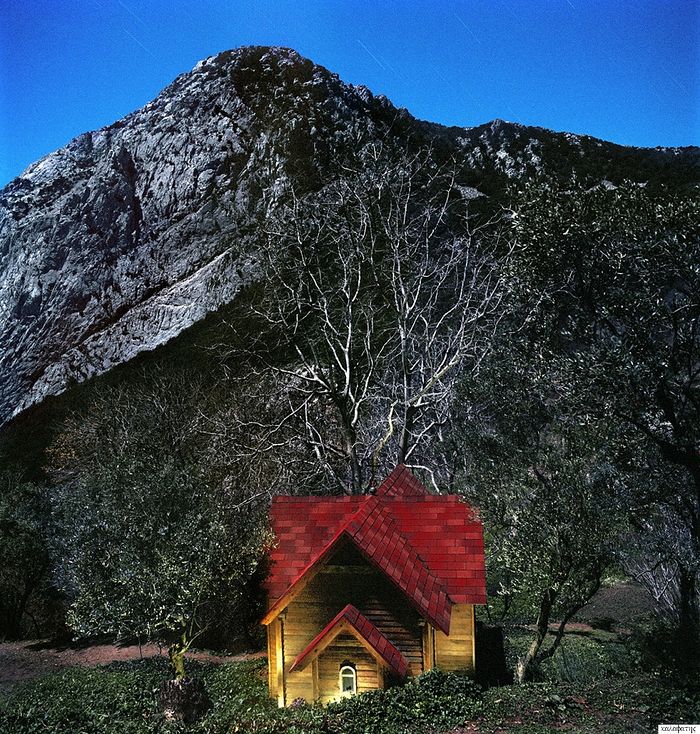 After a five-year process, how did Mount Athos change you and your view through the lens?

When I started this journey I was 40 years old. Today, almost 50, I have to say that it was the most important decade of my life. A lot has changed in these past 10 years, and a lot of it is due to the 200 nights I spent there. 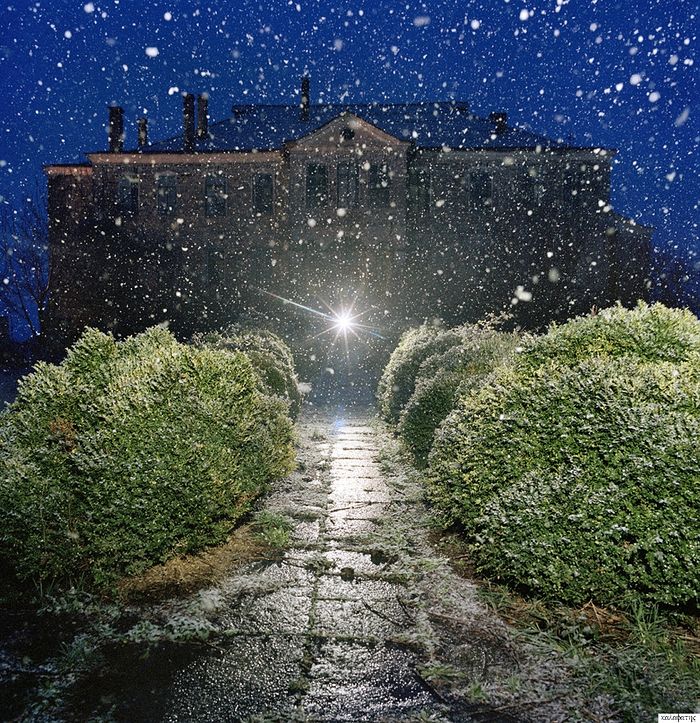 The long-term project “Athos, Colors of Faith” is accompanied by a book of the same title, by Agra Publishing. On St. Nikodemos the Hagiorite and the Kollyvades Fathers
Archimandrite Nikodemos Skrettas
Against the supposedly very knowledgeable western man who lives intensely in his “enlightenment,” his vast storage of knowledge, the Kollyvades came and placed the struggling ascetic man seeking for holiness, and the new martyrs. In this context of sanctification and holiness the Kollyvades Fathers of the Philokalia stood and lived.