A few Thoughts about Training the Will 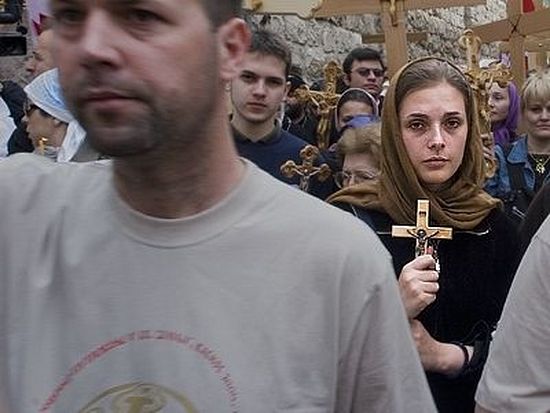 Showing that it is necessary to train the will is like proving that a hungry man needs bread or a sick man needs medicine: everyone knows that a strong will focused on attaining virtue helps a man in every step of life. The possessor of a strong will enters the kingdom of heaven much quicker than the spineless slave to passions and bad habits. The weak man, though, is easily charmed by evil, and having no weaponry, no will of his own, he falls helplessly into the nets of the enemy.

The man of weak will is often perfectly aware that he violates his conscience; nevertheless, he permits the poison of sin that rots his heart to draw him ever further into destruction. He knows that the demon standing before the gates of his heart strives to gain entrance and foul it, but he has not the strength to resist. He opens the gates, and falls victim to his own indolence.

The unclean spirits have devised a multitude of snares to entrap us, which we call passions. Their seeds are already planted in us at birth, for in sins did my mother bear me. They start their corrupting work from the earliest age, and once they gain foothold, are nearly impossible to shake. The battle must begin as soon as the passions appear. Our chief weapon in the fight is a strong, righteous will allied with God, and it is the duty of every Christian to train his will to be such a weapon. Such training is especially necessary in childhood, when habits are easily acquired, for an inclination towards pleasure acquired in youth will haunt a person his whole life.

When the soul-destroying passions are found in children, the sin lies on the shoulders of the parents who pay no attention to their children's activity and fail to correct them. Older people should explain the passions to youth and instruct them to be on guard. Unfortunately, the opposite usually happens, and the older generation is guilty of laying the seeds of sin in their offspring. For example, parents often go to great lengths to praise and reward their kids, thereby teaching them vainglory, self-love, envy, and contentiousness. Likewise, instead of encouraging the natural innocence of youth, schools systematically teach pride and petty conceit, which couple with fallen human nature to asphyxiate the soul. The sin penetrates with great ease, because it is disguised as a virtue.

While directing one's attention to the spiritual in struggling with one's evil will one should not forget to what degree one should restrain oneself in the physical in order to strengthen one's will. Bodily discipline is just as important as spiritual discipline in training the will. The man who controls himself rises early, eats little, works hard, and uses his time wisely. In the absence of the above, the passions easily overcome a person and in a way become a part of his make up, with the whole person becoming a prey to one's weakened will. 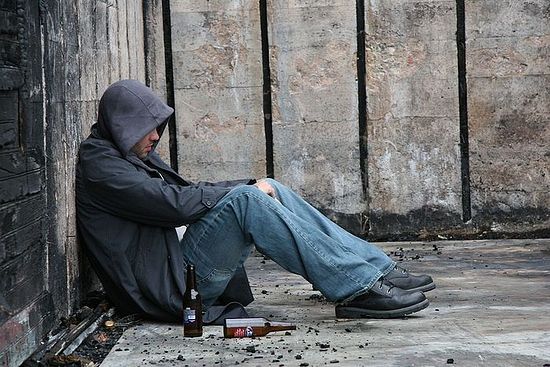 It is very harmful if from one's youth one becomes attached to delicacies. He who has not developed a taste for them will have no need of them for the rest of his life. But the person who from his youth has been raised on delicacies will as an adult strive to continually satisfy his palate with special foods, drinks, or smoking.

All that is useful for the strengthening of the will in the struggle for good should be confirmed in youthful hearts. What St. Barlaam says to his disciple, the Prince Joasaph is instructive. He tells him that he himself is old and full of all kinds of vileness, and the pure teaching of Christ is conveyed into the still pure heart of the young Prince Joasaph.

Abba Dorotheus, the author of a famous treatise on virtue, pays special attention to small details in the work of strengthening our wills. These seemingly small details are especially evident in a monastic community. Laziness spoils our life more than anything else. We are too lazy to stand in prayer, too lazy to do prostration, too lazy to occupy ourselves with something useful. Sometimes we are too lazy to cross ourselves properly, or even to cross ourselves at all. A lack of control urges us to begin eating or drinking tea before the blessing. A lack of self-control gives birth to the habit of interfering in other people's conversations. If one person calls out to another, a second and third head will turn around to see what is going on. Already a group of people are interested in what is being spoken about. People will come up to two people who are engaged in a private conversation with the questions, "Well, what's going on, what's happening here?" etc. Abba Dorotheus writes that the struggle with curiosity is one of the basics in training the will.

The battle against self-will is also vital. There are people who have such energy that they seem capable of moving mountains, but only if it does not interfere with their own will. They are unable to perform even a small task that does not fit their own ideas and they cannot bear the slightest interference in their own will. They are egotists who trust only in their own resources, and their will, although it externally seems powerful, is, in fact, weak and nil. They are like a tree that blossoms gorgeously in the spring but then beam no fruit. The self-centered person often performs great tasks; for example, producing monumental works of art, but he cannot humble himself before God, and brings forth no good fruit. A tree without fruit is useful only for firewood, as also a fruitless soul gives birth only to a heavy, depressed spirit.

The development of the will is a difficult but vital science, but if one seriously trains and instructs the will it will become a good helper in all good deeds and a faithful companion towards salvation. The person who has acquired a good and powerful will easily bears offenses and is wise in dealing with sorrows that come his way. The weak-willed person falls into excessive sorrow and depression. He forgets that help comes from God and seeks comfort in friends who like him are weak and spineless, in light-minded friends who can only cast him further into greater sorrow and depression.

The Kingdom of Heaven is taken by force and those who force themselves enter into it.

by Archimandrite (then Hegumen) Cyprian Translated from "Orthodox Life” (in Russian), No. 2, 1957. Impulsivity, Self-Control, and Relying on Christ
Hieromonk Alexis (Trader)
The secret to their success was very simple: they were victorious through their day-to-day, moment-to-moment communion with God, the source of their strength, life, and love. Care for the Soul
Fr. Stephen Freeman
A deep failure of modernity is its jettisoning of soul stories. Contemporary music is simply insufficient for the soul. The result can be a struggle for the life of the soul – to exist without being swallowed whole by the consumption that surrounds us. “Man shall not live by bread alone.”
Comments

JJ3/11/2020 2:38 pm
This article sounds rather Victorian. Paul told parents not to deal harshly with their children. When discipline is not coupled with love it perverts the soul; just as love without discipline does. Discipline or a strong will is not often a problem in this striving society. Individuals discipline themselves to run marathons, to gain high marks, to make money, to advance professionally. More than discipline a recognition of true values is needed - then the will can be coupled to the pursuit of love and holiness.

Rdr Andreas Moran11/18/2016 12:52 pm
The thrust of this article seems to be to praise the person with a strong will and condemn the person with a weak will. The Holy Fathers and modern elders tell us that God looks not at our achievements but at our struggles and efforts. What is important is not victory or the position of a victor, but rather the labour of striving towards God and devotion to Him.

Though a man may be found in a weak state, that does not at all mean that he has been abandoned by God. St John Maximovich says: 'The weak man who falls constantly is not abandoned by God so long as he humbly repents of his weakness and falls. . . The power of God is effective when a person asks for help from God, acknowledging his own weakness and sinfulness.' St Dorotheos is quoted but the same Father says, 'Even if we cannot endure much labour because we are weak let us be set on humbling ourselves.'

To characterize the weak person in the way this article does is unhelpful; rather, the weak man needs healing and help, and so long as he has humility and repentance, he need not despair.

Joseph Bell2/25/2016 6:32 am
This argument leaves no room for the Grace of God, and therefore no room for real humility. It is not our own will that corrects sin, bad habits and the like but God's Grace, an active gift known also as the Holy Spirit. "There but for the grace of God go I."
Adam and Eve when confronted by the serpent, should have called upon the ever present God for help. Willpower and self will are conjoined. Everything yields to Grace.