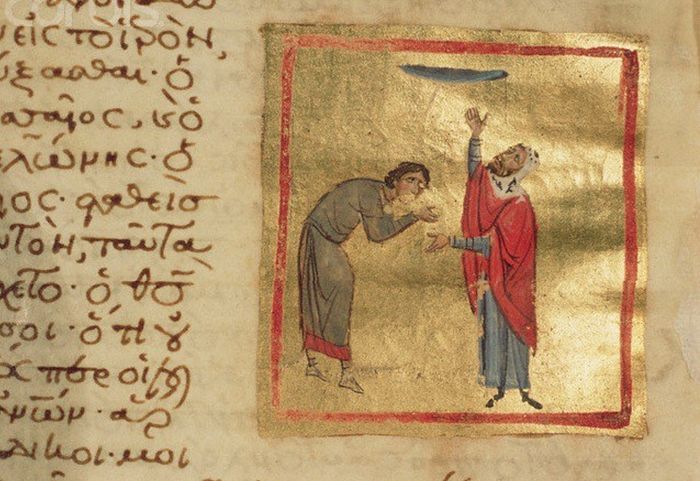 TRIODION – (Greek: three odes or modes). A Liturgical book containing the hymns, prayers and services of the movable feast before Easter, beginning ten weeks before Easter with the Sunday of the Publican and the Pharisee, until Easter Sunday. This includes the four weeks proceeding Great Lent, Great Lent, and Holy (Passion) Week. 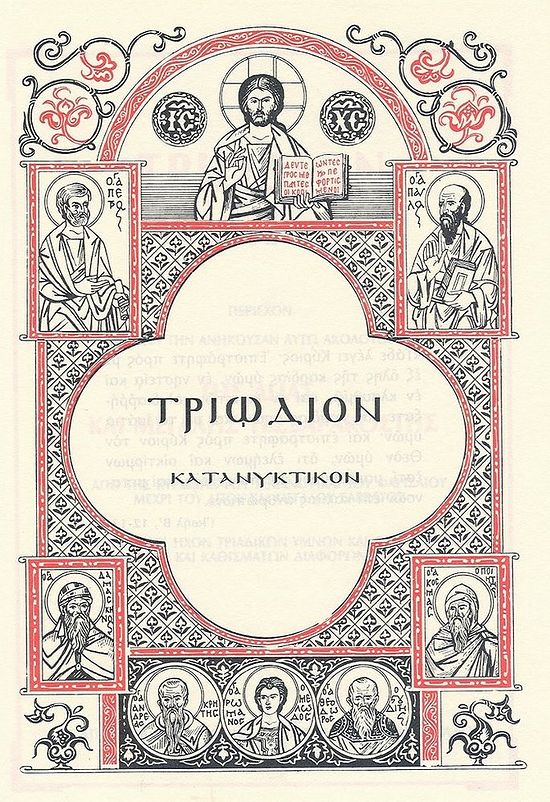 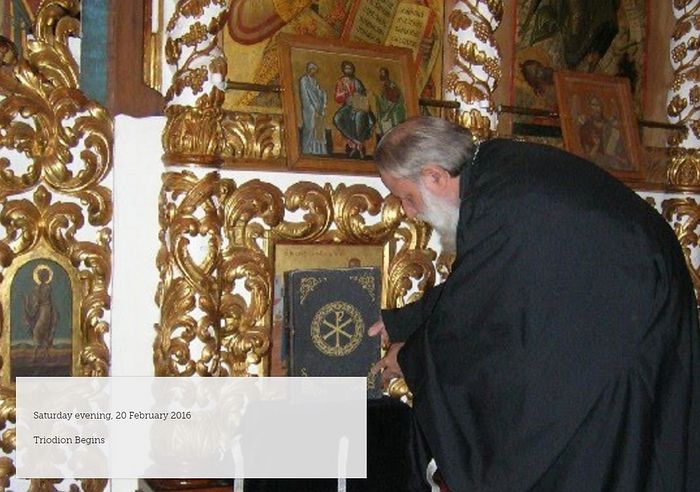 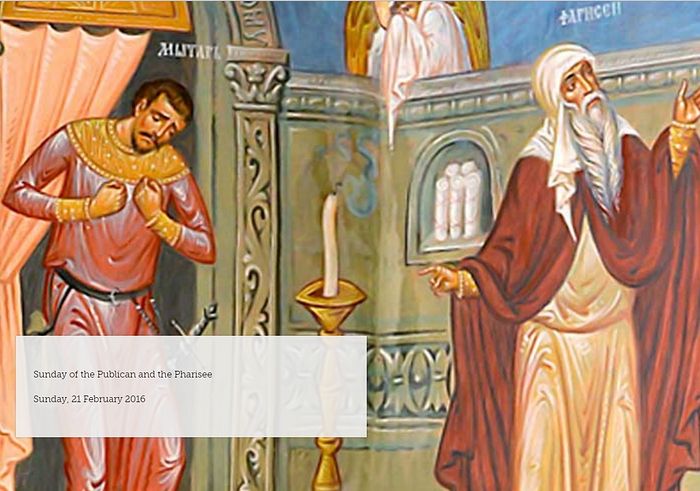 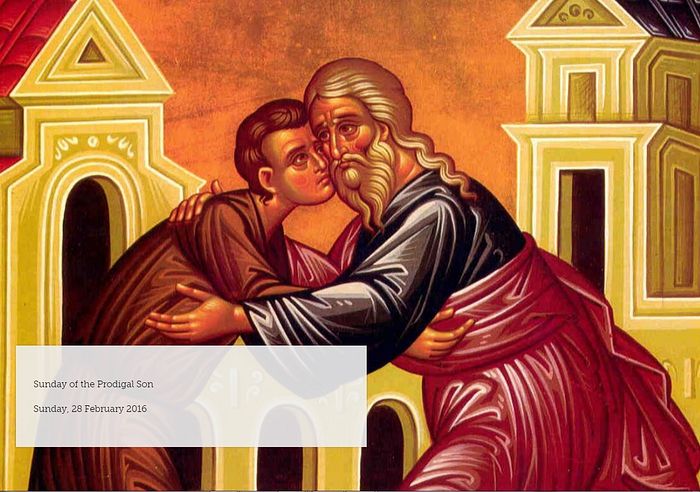 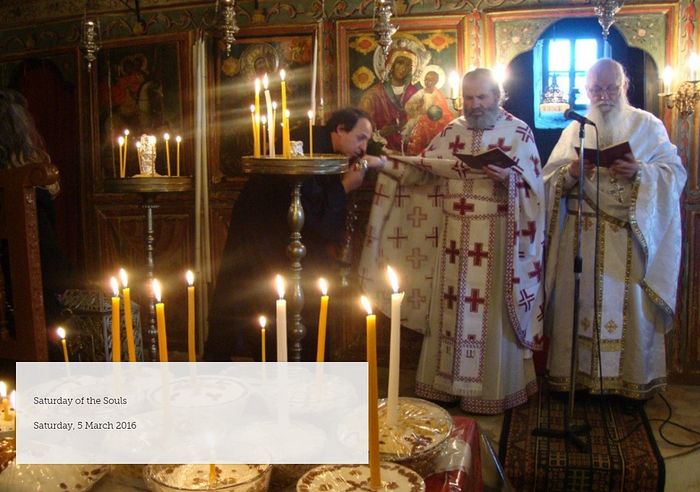 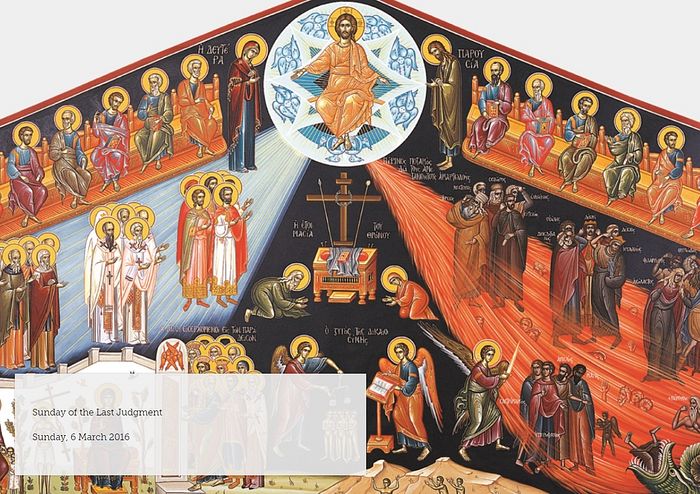 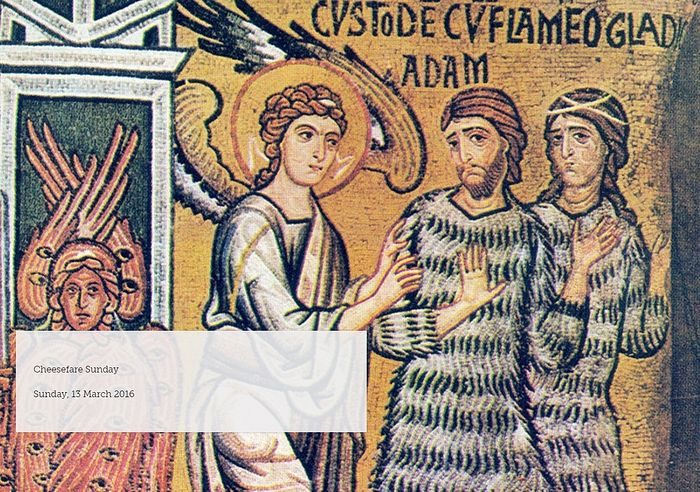 For Orthodox Christians Easter, or Holy Pascha, is actually the center of what is known as the cycle of all movable feasts. This cycle is called the Paschal Cycle.

Sunday, February 21 marks the beginning of this year’s Paschal Cycle (2016), which invites us to be renewed spiritually on the basis of what is most central and most sacred in our faith.

The Paschal Cycle gives us the opportunity to consider the sacred feasts of this period and the particular meaning they have for Orthodox Christians.

The Paschal Cycle constitutes the heart of the Orthodox liturgical year. This is because Holy Pascha is regarded as the Feast of feasts and the Festival of festivals (eorti eorton kai panegyris panegyreon), as it commemorates the greatest event in human history, the Resurrection of Christ, through which death has been abolished for all humanity.

The Orthodox liturgical year consists of two kinds of sacred feasts (ierai eortai): the immovable and the movable.

Holy Pascha, which this year (2016) falls on May 1st, has a forefeast (proeortia) and a postfeast (metheorta).

The postfeast comprises the week after Holy Pascha, which is known as the New or Bright Week (diakainisimos), as well as the whole period from the Resurrection through Ascension Thursday and Pentecost Sunday.

The ten weeks preceding Easter are known as the period of the Triodion, the book of triadic canons (i.e., the hymns which were written especially for this period).

The eight weeks after Easter are known as the period of the Pentecostarion, the book of triadic hymns which are chanted from Pascha to Pentecost.

The period of the Triodion is subdivided into three other periods: the three preparatory weeks plus one Sunday, the six weeks of Great Lent, and Holy Week. 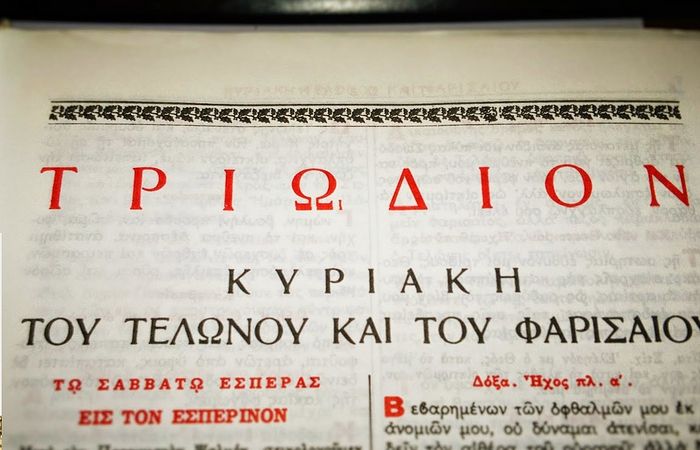 The first four Sundays constitute a preparation for, or gradual entry into, the sphere of virtues (sphera ton areton), which is the primary theme of the Great Lent. The precise meaning of this is revealed in the Sunday Gospel lessons of this period. 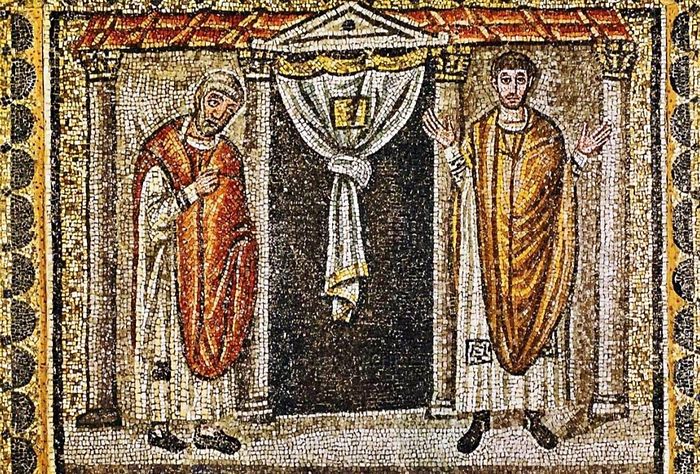 On the first Sunday, the Parable of the Publican and the Pharisee (Luke 18.9-14) teaches us about the damage which one suffers on account of pride and how delivery from pride can be obtained with the virtue of humility.

This Sunday emphasizes humility as a key attitude for repentance. The Greek word for repentance is metanoia, which means a change of mind. To repent we must not boast of our spiritual feats, but humble ourselves like the Publican who longs for a change of mind. We are called to learn this secret of the inward poverty of the Publican rather than the self-righteousness of the Pharisee who is convinced of his perfectness and not open to change because of his pride. There is no prescribed fasting for this week. 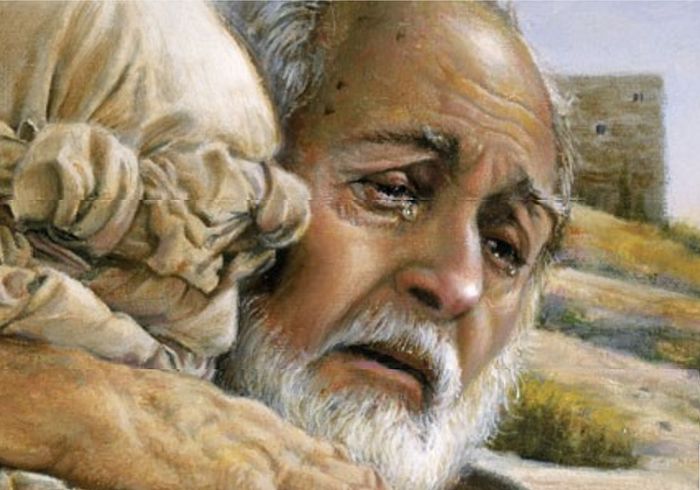 On the second Sunday, the Parable of the Prodigal Son (Luke 15.11-32) teaches us about the great virtue of repentance, whereby every sinner returns to God and receives forgiveness and salvation.

This Sunday teaches us about our need to return from exile. This parable shows us the mercy of the Father who with open arms receives his son, whose behavior he does not return, but is joyous of his return home. We are encouraged to examine ourselves in the period of Lent to purge ourselves of sin and “come home.”

The week that follows is called Meat Week as it is the last week we are to eat meat. The normal rule of fasting are applied to this week, fast on Wednesday and Friday.

Saturday of this week is the first Saturday of Souls where those who have fallen asleep in the hope of resurrection and eternal life are remembered at a special service “Saturday of the Souls.” Parishioners bring small dishes of kollyva to the church and submit a list of first names of deceased ones to the priest. We commend to God all those who have departed before us, who are now awaiting the Last Judgment. This is an expression of the Churches love. We remember them because we love them. 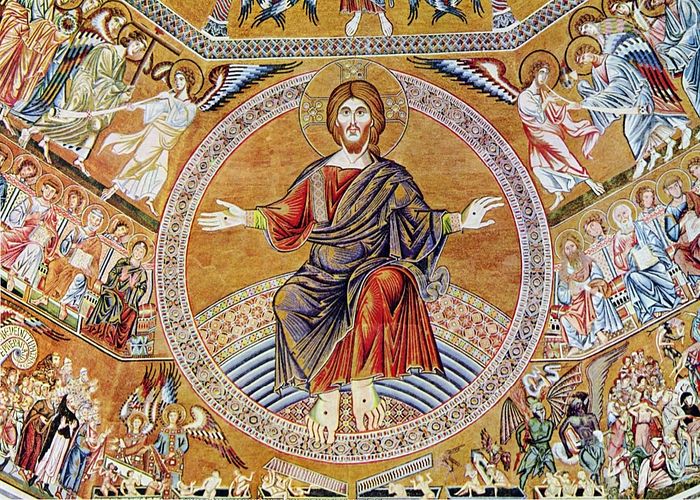 The third Sunday of the preparation is called Meatfare Sunday (Apokreos) because we eat meat for the last time until Pascha. This particular Sunday is also dedicated to the memory of the Second Coming of the Lord and the Last Judgment. This is most clearly revealed in the relevant Gospel reading (Matthew 25.31-46) which is recited during the Divine Liturgy that day.

The remembrance of the forthcoming Last Judgment teaches us that we must learn to avoid living carelessly. We should not misinterpret the longsuffering forbearance (makrothymia) of God, which makes Him delay the day of His coming. We should rather always be on the alert, working for what is good and being mindful that God is not only our Father Who loves mankind, but also the Righteous Judge.

The Thursday before Meatfare Sunday is known as Tsiknopempti, sort of the Orthodox version of Fat Tuesday, because people get together for the purpose of eating all kinds of meat delicacies.

The eve of Meatfare Sunday is known as the Saturday of Souls (psychosabbaton) because we observe a memorial service (mnemosyno) for all Christians who have fallen asleep in the Lord, since the Last Judgment is connected with the Resurrection of the Dead. Another such psychosabbaton is observed on the Eve of Pentecost Sunday.

Collyva (i.e., boiled wheat mixed with pomegranate seeds, nuts, raisins and sugar) are also distributed on the first Saturday of Great Lent. This does not signify a psychosabbaton, however; it commemorates the miracle of Saint Theodore of Teron.

We are encouraged not to eat meat this week (after the Sunday of the Last Sunday), but we can eat fish, eggs, cheese and other dairy products. 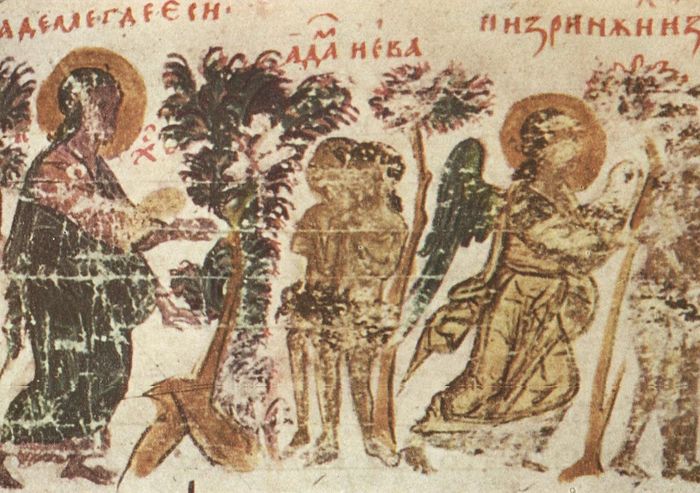 The fourth Sunday is known as Cheesefare Sunday (Tyrine) because we eat cheese and dairy products for the last time until Pascha. On this particular Sunday, which is the Eve of the Inauguration of Great Lent, we remember the expulsion of the Adam and Eve from Paradise. Thus, we are reminded of the terrible consequences of sin and transgression against the Divine Will, and we are encouraged to take up the battle of fasting and obedience in order to obtain spiritual renewal and blessedness.

The Gospel lesson of Cheesefare Sunday (Matthew 6.14-21) teaches us that the right way to fast is to get rid of evil intentions, avarice and attachment to material goods. It is a custom that Christians grant forgiveness to one another during the vesper service of this Sunday, so that all of them together may enter with love and unanimity into the Lenten Season. 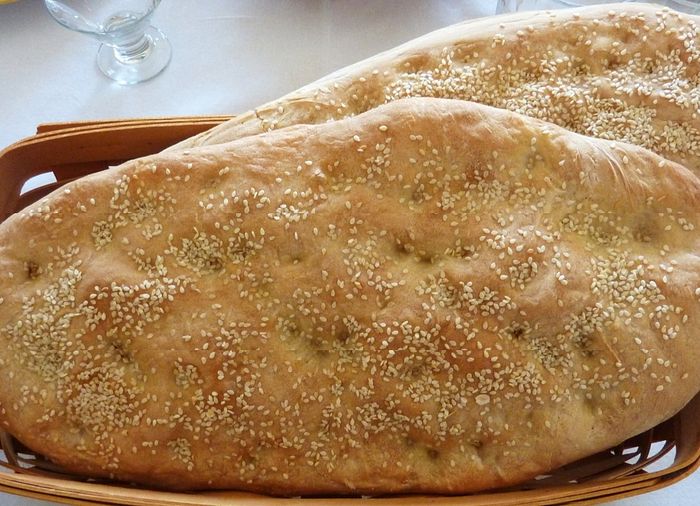 The 40 days of Great Lent begins on the Monday after Cheesefare Sunday, Pure Monday (Kathara Deftera), which this year (2016) falls on March 14. On Friday the 18th of March we start the Service of Salutations to the Theotokos (Chairetismoi).

It is important to note that the Church leads us to this point gradually during the preparatory period of the first three weeks of the Triodion.

The Church has thereby introduced us gradually into the more severe fast of Great Lent which begins on Kathara Deftera, when the faithful embrace a totally vegetarian diet.

The custom of preparing Christians for the celebration of Pascha through fasting and prayer is very ancient, but neither the length nor the type of fast was strictly specified during the first centuries.

In the 4th Century, however, the fast of the Paschal Cycle began to take a more specific form, at least in regard to length. It was extended to 40 days in commemoration of the 40 days, which the Lord fasted in the wilderness, hence the term Sarakoste (i.e., Lent). 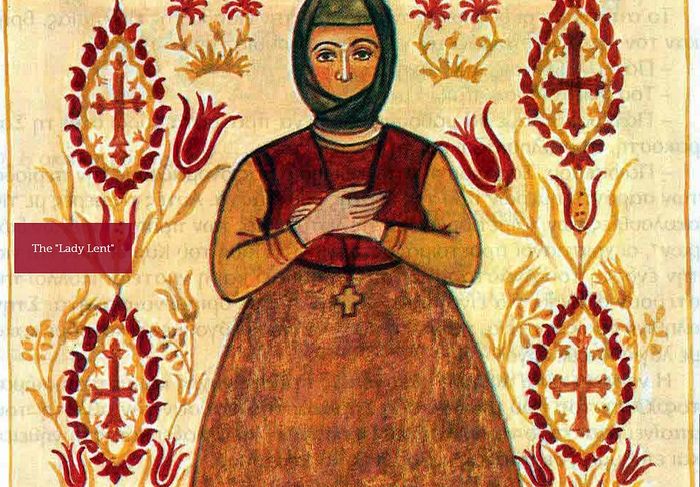 Great Lent is the period that the Church has in her wisdom set aside for us to intensify our own spiritual growth through fasting, prayer and worship. If you follow the Church guidelines on fasting, make time to attend the services and intensify your own prayer life, you will be rewarded with a greater closeness to God. 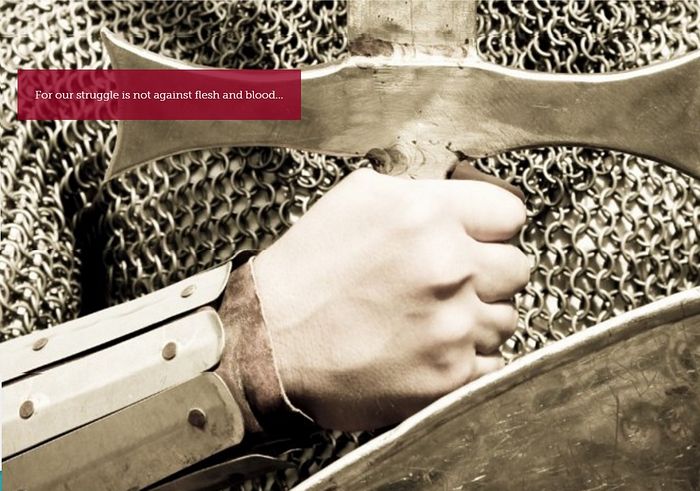 Fasting and Great Lent
The word “fast” means not eating all or certain foods. As Orthodox Faithful, we can fast completely at certain times of great importance, and especially each time before receiv­ing Holy Communion. Usually, fasting means limiting the number of meals and/or the type of food eaten. The purpose of fasting is to remind us of the Scriptural teaching, “Man does not live by bread alone.” The needs of the body are nothing compared to the needs of the soul. Above all else, we need God, Who provides everything for both the body and the soul. Fasting teaches us to depend on God more fully.
Comments
×