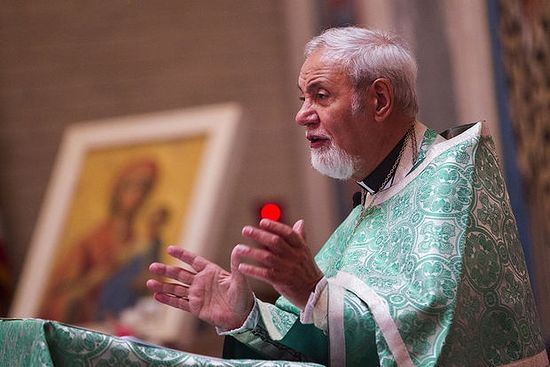 The adoption of the Johnson Amendment in 1954 was the moment the Internal Revenue Service was given the power to dictate what could and could not be preached from American pulpits. With the threat of fines, or even losing tax exempt status for their parish, the Johnson Amendment threatened the very freedom of pastors to address biblical issues that stand at the core of what it means to be Christian. Many biblical issues revolving around marriage, the family, the poor, and sexuality, were politicized, and America's pastors were informed that preaching on certain subjects could be interpreted by the IRS as infringements by religion into the area of the political.

The fear of being labeled "political" has sidelined many a pastor from injecting the Church's biblical teachings into the life of the American scene. Sermons that were one day seen as simply preaching Gospel morality, are now seen as the injection of the Church into politics. A sermon preached on the issues of abortion or same-sex marriage, are now seen as an infringement into the realm of politics, and the unfair entrance of the Church into the affairs of the State. Pastors are now expected to remain on the sideline, keeping silent about basic moral issues that were, in the past, seen as their duty to address as religious leaders of this nation.

The truth is, it is not the Church that has become "political", but rather the invasion of the State into the realm of the religion. The free exercise of religion requires freedom for the clergy to preach on moral issues that confront our modern society. The pastor must be free to address the care of the poor, national health, abortion, the position of the institution of marriage in our society, and issues that touch on the education of our youth.

Freedom of religion based only on the freedom to worship is not freedom of religion. The free exercise of religion can not be allowed to be reduced to freedom of worship, for our Christian faith is not about worship only, but entails the whole of biblical living. Pastors must preach the whole message of the scriptures, even if they affront the sensitivities of some. The Church can not be silenced in her prophetic duty to preach the Gospel, for a forced silence will turn biblical Christianity into nothing more than an homogenized State religion.

The Church must reclaim her constitutional right to speak out without fear of reprisal, and boldly stand for her own First Amendment right to engage in the political life of this great nation, freely preaching the Gospel of Christ. The Preaching of the Cross.
Fr. Seraphim Holland

The Preaching of the Cross
A homily on the commemoration of the Procession of the Cross and the Seven Maccabean Martyrs with their mother Solomonia and the priest Eleazar.
Fr. Seraphim Holland
Brothers and sisters, today is the Procession of the Cross which we celebrate on the first of August, and also the holy Maccabean martyrs with their teacher Eleazar and their mother Solomonia. St. Paul has two famous phrases that are in one of the epistles we read today—a very misunderstood phrase. Let’s talk about what it really means.