The Last Judgment: Destruction and Redemption at the End of History 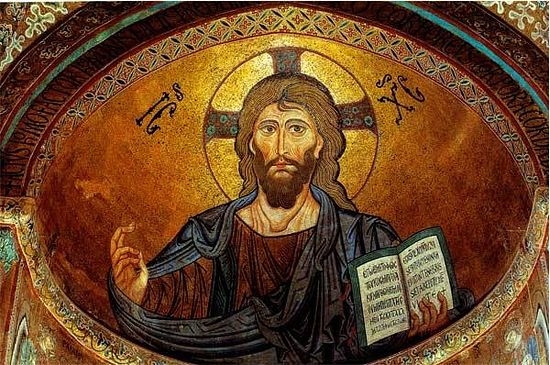 We went through fire and water,
and thou broughtest us out into refreshment.
—Ps. 65:12

Throughout the Scriptures we see water and fire as God’s vehicles of trial, judgment, and destruction. St Peter describes the first destruction of the world by the Flood (1 Pet. 3:20 ff.), and its second and final destruction by fire (2 Pet. 3:10 ff.). The Lord Himself speaks of the house built upon a strong foundation that will withstand the storm and flood (Matt. 7:24 ff.), and St. Paul tells us that this firm foundation is none other than Christ, and that what we build upon it will be tried by fire (1 Cor. 3:11–13).

For as in the days that were before the flood, they were eating and drinking, marrying and giving in marriage, until the day that Noah entered into the ark, and they knew not until the flood came, and took them all away; so shall also the coming of the Son of Man be (Matt. 24:38–39). I came to cast fire upon the earth; and would that it were already kindled! (Luke 12:49).

The Lord sent the Holy Spirit upon the apostles in cloven tongues of fire; he thus kindled the flame of salvation, and the Apostles spread this flame through the waters of Baptism. But this fire burned up those who, like Ananias and Sapphira, approached it deceitfully, as a warning to others (cf. Acts 5). They were drowned in the flood waters they thought they could control.

The Lord came to save and to restore, to transfigure and illumine; but inevitably this involves death and judgment and destruction. He Himself submitted to death at the hands of false judges, so that death might become the path to incorruptible life. The resurrection, both of man and of the entire created cosmos, will only occur after death. The new heaven and the new earth will be consummated only after the former things have passed away (Rev. 21:1). History had a beginning, and it will have an end. And that end is destruction, and that destruction will give way to boundless, unimaginable glory and beauty.

This beauty will radiate from the Face of Jesus, and will fill everything with light.

But there will be those whose hearts, darkened by a lifetime of sin devoid of repentance, will be repelled by this sight. St. John of San Francisco puts it thus: “This fire will be kindled within man: seeing the Cross, some will rejoice, but others will fall into confusion, terror, and despair. Thus, men will be divided instantly. The very state of a man’s soul casts him to one side or the other, to the right or to the left.”

St. Peter knew from experience the destructive potential of water, when, walking on its surface, he took his gaze off Christ and began to sink beneath its waves. He knew also the trial of fire when, warming his hands over the coals, he denied Christ three times. But then the Lord turned and looked at him, and he broke down and wept bitterly (cf. Luke 22:55 ff.).

When Christ turns and looks at us, we can either turn away from that supremely beautiful Countenance, or we can, with Peter, repent and mourn. The choice is ours, and how we choose in this life, this week, this day, this hour, will sway our hearts one way or the other in that Day, in that Hour, in that moment of Judgment when everything will be decided for all eternity.