A Wintertime Pascha: 50th Anniversary of the Repose of St John Maximovitch 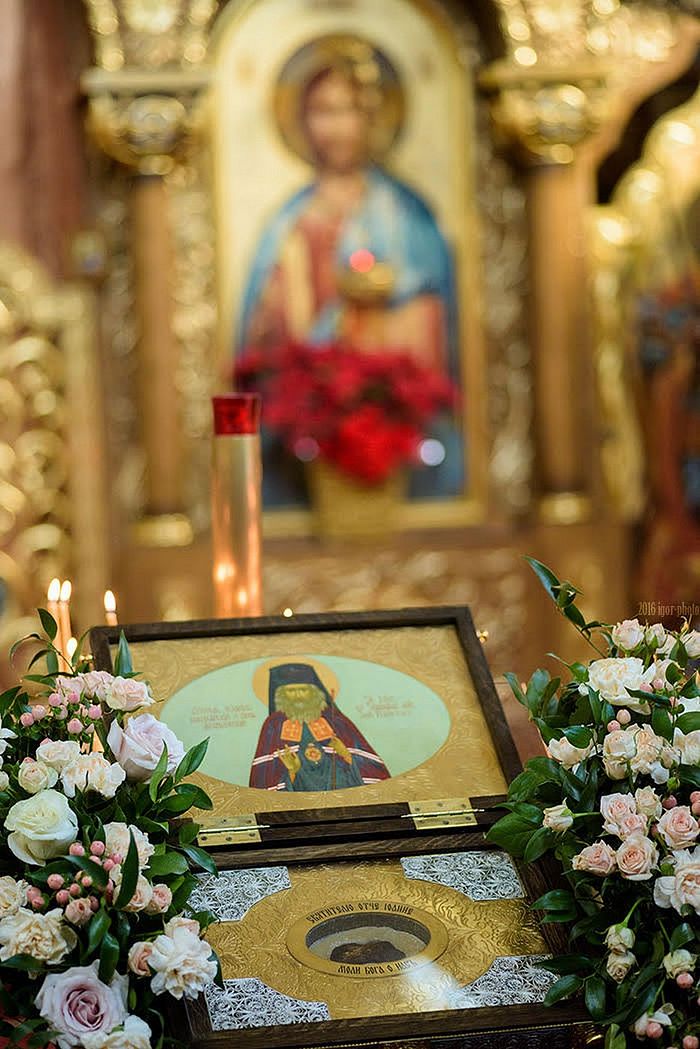 This year, the Russian Orthodox Church Outside of Russia marks the 50 th anniversary of the repose of the great hierarch, the “Russian Nicholas the Miracle-worker,” our holy father St John of Shanghai and San Francisco. The celebrations began with a visit of a large reliquary containing his relics to Holy Trinity Cathedral in Toronto, Canada. The region has many faithful who venerate his memory .

On Saturday, February 28, 2016, the relics were greeted at the cathedral on Henry Street by Mitred Protopriest Vladimir Malchenko, long-time Senior Priest of the parish, along with many clergymen and worshipers of the largest Russian church in Canada. Protopriest Peter Perekrestov, Senior Priest of San Francisco’s Cathedral of the Mother of God “Joy of All Who Sorrow” brought the reliquary from California. Participating in services were also Priest Vyacheslav Davydenko, Priest Antony Filchak and Protodeacon Alexander Morin. The choir sang under the direction of George Skok. 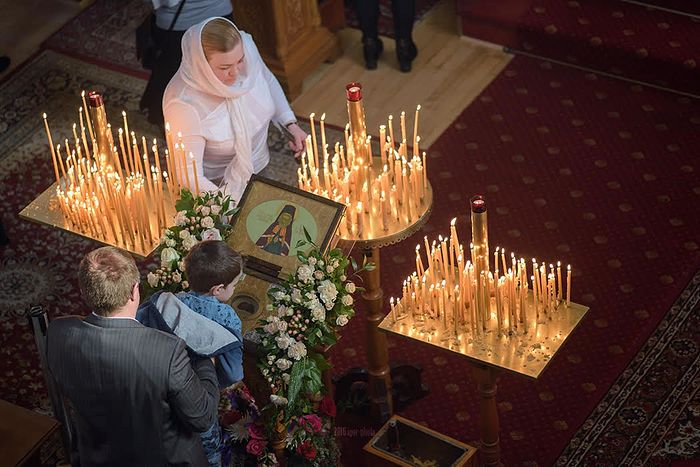 Also in attendance were a multitude of Orthodox Romanians, Serbs, Greeks, Macedonians and Canadians, who were anointed with oil from the lampadas hanging over the crypt containing the incorrupt relics of St John. Many told Fr Peter about miraculous aid stemming from their prayers to St John, including healing from cancer and from infertility.

On Sunday, February 28, during Liturgy, Fr Peter noted that when we greet the reliquary of St John, it is as though we meet Vladyka himself, that his presence at divine services was palpable. He also pointed out the little noticed passage from the day’s Gospel reading on the Prodigal Son, the father’s words “all that is mine is yours.”

A moleben was then served to St John, followed by a trapeza luncheon. Fr Peter had, before his ordination to the priesthood, served as a deacon at Toronto’s cathedral, and spent some time with old acquaintances. He discussed the life and work of St John and how his relics were discovered to be incorrupt, and answered questions on Orthodox Christianity in California, the struggle against depression, and even the recent meeting between His Holiness Patriarch Kirill and Pope Francis.

Akathists continued to be read before the reliquary the rest of the day as worshipers venerated the relics all day, including families with children and the disabled, and clergymen from various Local Orthodox Churches. 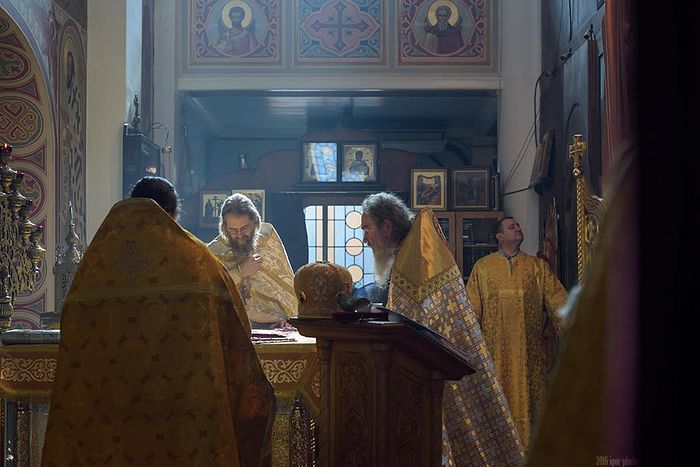 Divine Liturgy Has Been Celebrated Daily in Our Cathedral for 50 Years
Archpriest Peter Perekrestov
November 6, 2015, was the 50 th anniversary since the first Divine Liturgy was celebrated in the Cathedral of the Mother of God “Joy of All Who Sorrow” in San Francisco, CA. Protopriest Peter Perekrestov, Senior Priest of the cathedral, granted an interview to Zhurnal Moskovskoj Patriarchii (Journal of the Moscow Patriarchate). Metropolitan Hilarion Leads the Celebrations of the 20 th Anniversary of the Glorification of St John of Shanghai and San Francisco, and the Consecration of Archimandrite Nicholas (Olhovsky) as Bishop of Manhattan

Metropolitan Hilarion Leads the Celebrations of the 20 th Anniversary of the Glorification of St John of Shanghai and San Francisco, and the Consecration of Archimandrite Nicholas (Olhovsky) as Bishop of Manhattan
Long before the beginning of the service, clergymen from various dioceses of the Russian Orthodox Church Outside of Russia began to arrive, along with representatives of other Local Orthodox Churches, and also pilgrims from various cities of the USA and other countries.
Comments
×