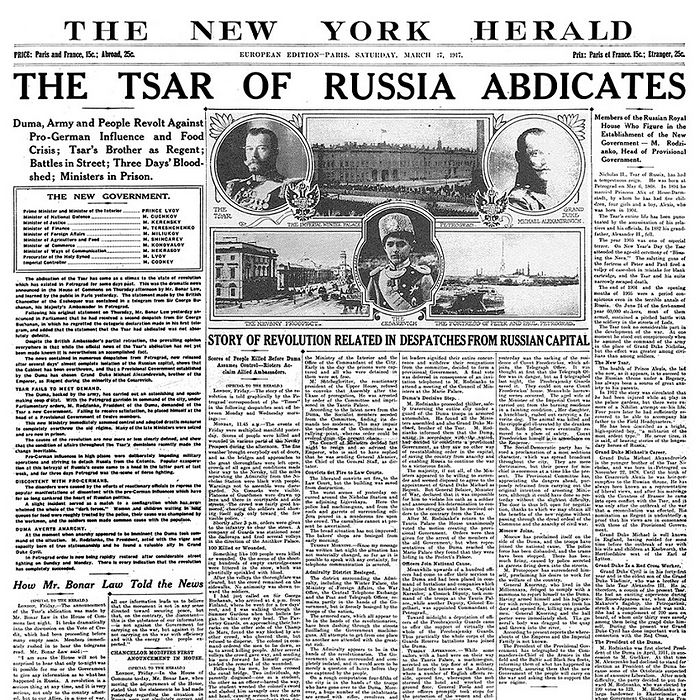 The reign of Nicholas II (1894-1917) passed through a turbulent era of political unrest and increasing revolutionary activity. In the beginning of 1905 a revolution broke out in Russia forcing the emperor to make some reforms. On 30 October (O.S. 17 October), 1905 the tsar signed a manifesto ‘On improvement of state order’ granting to people the freedoms of speech, of the press, of a person, of conscience, of assembly, of unions.

On 6 May (O.S. 23 April), 1906 the Emperor approved the new version of the “Fundamental laws of the Russian Empire”, which, on the threshold of the State Duma convocation, were the fundamental legislative act, regulating the division of powers between the imperial authority and Parliament (State Council and State Duma), established under the Manifesto of 17 October, 1905.

In 1914 Russia entered World War I. Failures on the fronts, economic dislocation caused by war, heavy casualties, enormous losses of military equipment, the raise of anti-war moods and the general discontent of autocracy led to mass protest actions against the government and the dynasty.

On 8 March (O.S. 23 February), 1917 the female workers of Petrograd went on a protest march demanding bread and cessation of hostilities. A few days later the mass strikes on the factories of the capital grew into the general political strike and then into a spontaneous armed revolt.

On 14 March (O.S. 1 March) after the unsuccessful attempt to travel to Tsarskoye Selo the emperor arrived at the Northern front staff in Pskov.

In the morning of 15 March (O.S. 2 March) General N. V. Ruzsky reported to Nicholas II that the mission of N. I. Ivanov failed. At the same time the president of the State Duma M. V. Rodzyanko announced via telegraph that the only possible way to retain the dynasty was to pass the throne over to the heir Alexei under the regency of Grand Duke Mikhail Alexandrovich, the younger brother of Nicholas II. All the commanders of fronts with the exception of the commander of the Black Sea front, Admiral A. V. Kolchak expressed their approval of Nicholas II’s abdication. Having learned the opinion of the Commanders in Chief, on 15 March (O.S. 2 March) around 3 p.m. Nicholas II made a decision to abdicate the crown in favour of his son under the regency of his brother, the Grand Duke Mikhail Alexandrovich.

However having spoken to S. P. Feodorov, the doctor in charge of the heir, who confirmed that Alexei was incurable, the emperor concerned about the health of his son, changed his decision. In the evening of 15 March (O.S. 2 March) when the representatives of the Provisional Committee of the State Duma A. I. Guchkov and V. V. Shul’gin came from Petrograd, Nicholas II announced that ‘… for the sake of Russia I was ready to abdicate the crown in favor of my son but … came to the conclusion that in view of his illness I should abdicate for myself and for him too’.

The Manifesto on abdication given over to A. I. Guchkov said: ‘… Hereby we entrust Our Brother (Mikhail Alexandrovich) with governing the state affairs with the absolute and close unity with the representatives of the folk in the legislative institutions on the principles which he would establish taking the sacred oath’.

The following day, on 16 March (O.S. 3 March), 1917 Mikhail Alexandrovich abdicated the crown entrusting the Constituent Assembly with the issue of the way of governing the country. 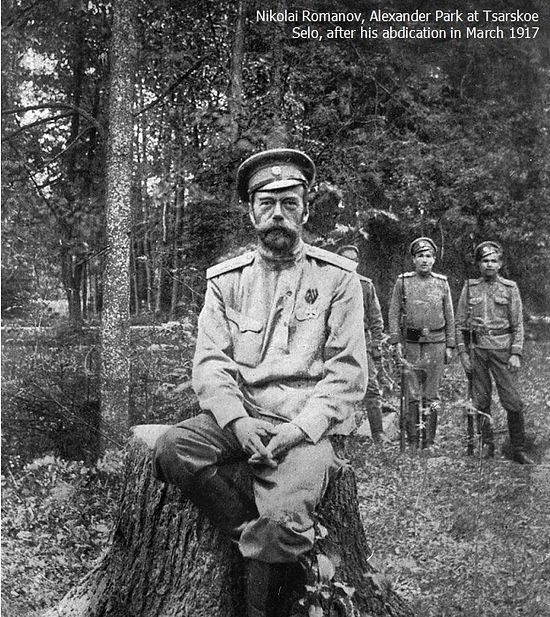 The Cult of Nicholas II
Matthew Dal Santo
Today’s tensions between Russia and the West have breathed new life into old caricatures that many thought had died with the Cold War. It would be ironic if in 2016 Russia’s only officially sanctioned leadership cult turned out to be one of peaceful nonresistance. Tsar Nicholas II Bell Established in the Urals - One of Russia's Largest
Paul Gilbert
The Tsar Nicholas II Bell - which depicts the images of the Holy Royal Martrs - weighing 16.5 tons was installed earlier this week in the bell tower of the Transfiguration Cathedral in St. Nicholas Monastery in Verkhoturye (Sverdlovsk region), a major spiritual center in the Urals. The bell is the third largest in the Archdiocese of Yekaterinburg and one of the twenty largest bells in Russia. The Mystery of Iniquity
Archpriest Andrew Phillips
Indeed, ever since 1914 the world has not known peace, nothing has been the same again. 1914 reminds us of Noah’s Flood, but this time it has not been a Flood of Water, but a Flood of Iniquity.
Comments

I came here to leave a comment, not write an essay on Russian history for you.

RP3/19/2016 6:49 pm
Why is it when people correct articles the point of their comment is to be smug rather than put across alternate information?

Carl3/15/2016 4:58 pm
Spontaneous armed revolt??? Ha. 1917 was planned for years with tens of millions of dollars of financing from western bankers. But this article says "spontaneous" how ridiculous is that.
×