The Expulsion of Adam from Paradise 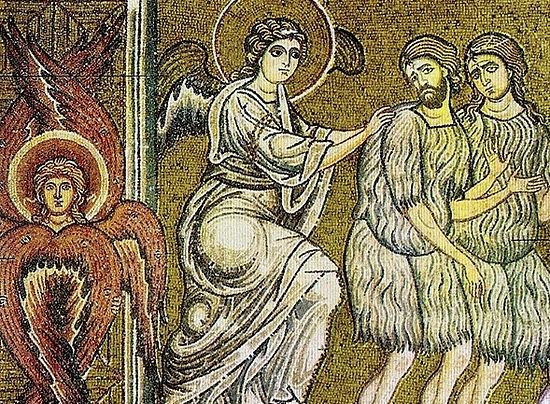 In the long history of Christianity, many insightful meditations have been offered giving Adam voice to explain his free choice and to lament the loss of Paradise after sinning against God and being expelled from God’s hand-planted Garden of Eden. Below is a modern meditation from Archimandrite Aimilianos who has Adam fearfully explaining himself, ignoring the merciful nature of the God whom Adam knew from the beginning. 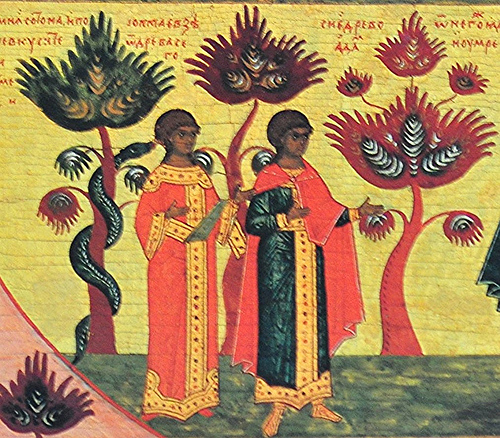 To be sure, Adam’s desire to justify himself, the various excuses he contemplated, were the signs of certain death. And this is why St. Makarios says: ‘When Adam fell away from God, he died spirtually,’ Seeking to justify himself, Adam condemned himself to life without God. Until then, the damage wasn’t fully done; the blow could have been blunted, the tradgedy averted. This was the critical moment which we all must face, when it becomes clear whether we’ll choose God or our self. As a general rule, we choose our self. Every day we repeat the sin of Adam. He fell when he opened his soul to the poison of the serpent, but there was still hope that he might turn and embrace God. 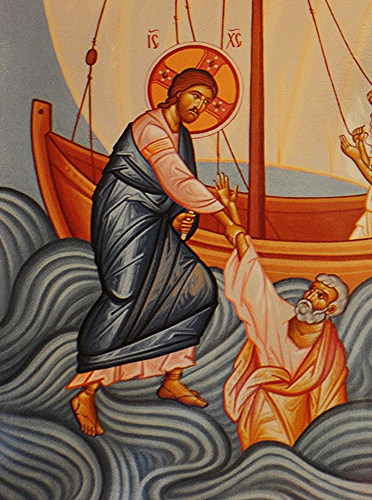 He could have raised his arms to God and cried: ‘God, I am your voice, your self-expression; I am your creation, your child, and I have sinned. Bend down and hold me; save me before I perish completely!’ Instead, he said, in effect: ‘What do You want, God? Have you come here to judge me?’” (Archimandrite Aimilianos, The Way of the Spirit, p 239)

Interestingly in the Gospels, it is the demons who have nothing but fear for Christ; they are terrified that He is there to judge them, yet they do not repent. For example in Mark 1:24, the demons possessing the man cry out:

“What have you to do with us, Jesus of Nazareth? Have you come to destroy us? I know who you are, the Holy One of God.”

Adam feared God and God’s judgment, yet it did not bring him to repentance, to seek reconciliation with God. Instead, Adam blames Eve and God for his sin and fails to ask the merciful God for forgiveness and reconciliation.

Also in the various versions of the Gospel lesson of the Gadarene swine and the demoniacs (Mt 8:28-34; Mk 5:1-20; Lk 8:26-39), the demons squeal in fear that Christ is there to torment them before the Judgment Day, yet they do not seek to be reconciled to God. So too in Archimandrite Aimilianos’ meditation, Adam fears God’s judgment, yet fails to seek reconciliation with the merciful Lord. 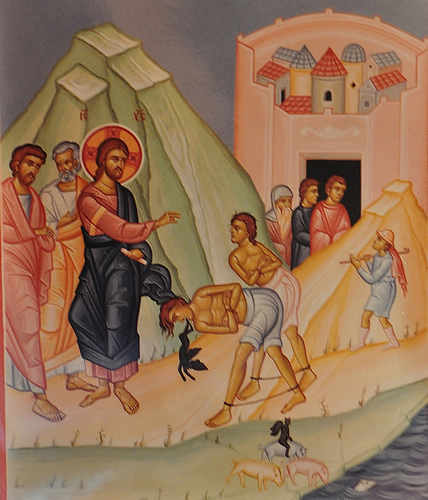 So often many want a just God who punishes sinners, yet so seldom do we willingly seek God in confession. We believe sinners should fear God like the demons, yet what we should be doing is offering all an example by our own repentance.