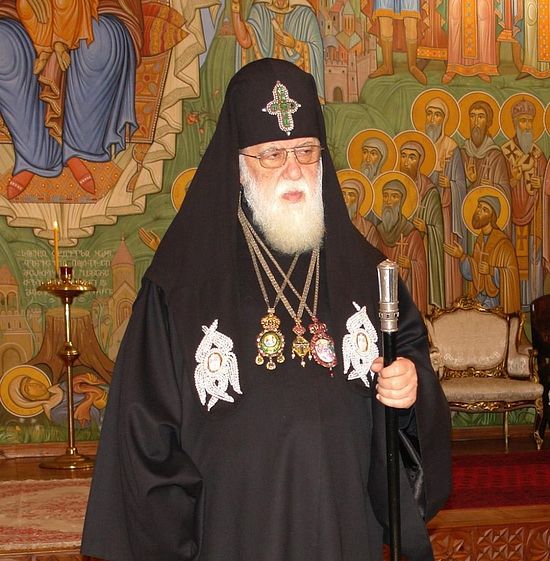 In addition to confirming his participation and blessing of the World Congress of Families X, the Patriarch indicated that he "would pray to God that it may become a display of peace and love, of Christian values and culture."

Georgia is one of the oldest Christian countries in the world. Ilia II – Catholicos Patriarch of All Georgia – has been the nation's spiritual leader for more than four decades. A Georgian poll, reported by CNN in 2010, found that the Patriarch had the highest approval rating of any public figure in the nation (94%).

Born Irakli Shiolashvili, Ilia II was crowned "His Holiness and Beatitude Ilia II Catholicos Patriarch of All Georgia" in 1977, when Georgia was part of the Soviet Union. Soviet authorities had persecuted Christians and shot many of the Orthodox Church's spiritual leaders for decades. Most Christian churches had been closed or were destroyed by the Soviets. In response, the Patriarch helped lead a spiritual revival of culture, faith, and family in Georgia to transcend and overcome the political oppression and all of the wars during the last four decades.

Patriarch Ilia has taken an unwavering stand for children, mothers, fathers, and the natural family. To combat Georgia's low birthrate, in late 2007, the Patriarch announced that he would personally baptize and be the godfather of any child born to a family that already had at least two children. This has resulted in a mini-baby boom. Mass baptism ceremonies are conducted four times a year and Patriarch Ilia now has more than 19,000 godchildren.

WCF X will also show a beautifully crafted UK documentary on Patriarch Ilia titled: The Patriarch - The Most Trusted Man in the Caucasus. The synopsis of the movie reads: "As the Orthodox world's longest serving leader for over 40 years the Patriarch has led Georgia through the Soviet oppression, civil wars and its emergence as an independent nation on the world scene. For most Georgians he embodies Georgia's cultural identity - both secular and religious. The Patriarch's interests range far beyond the church. He is a gifted artist, a respected social thinker and an accomplished composer of sacred music. He established the internationally renowned Patriarch's Choir which today tours the world singing Georgian music and revived the ancient Georgian tradition of the polyphonic sacral chant. His moral authority provides a stark contrast to the corruption that is rife in the region."

Tbilisi 2016 will be the first World Congress of Families in the Eurasian and Caucasus region (on the Old Silk Road to China) and the first in an Orthodox country. WCF X conferences and concerts will be held in multiple venues in Tbilisi including the opening ceremony in Tbilisi's State Philharmonic Concert Hall and the closing ceremony in the historic Rustaveli National Theatre.

The World Congress of Families unites leaders worldwide in defense of family, faith, and freedom. WCF is headquartered in the heartland of America (Rockford, Illinois) and is an international human rights non-governmental and non-religious organization (NGO) with special consultative status at the United Nations (UN). The World Congress of Families provides sound scholarship, effective strategies, and educational events to unite an international coalition of leaders to affirm the natural family as the fundamental unit of society and to defend the sanctity and dignity of all human life, thus renewing a sustainable and free society. The WCF global coalition of pro-life and pro-family organizations, scholars, leaders, activists and people of faith and goodwill from more than 80 countries who seek to affirm and advocate for the natural family as the only fundamental and sustainable unit of ordered liberty and civil society (as affirmed in the UN Universal Declaration of Human Rights, 1948). The WCF was co-founded in 1995 by Dr. Allan C. Carlson to dialogue and restore family, faith, and freedom among Western and Eastern cultures and civilizations following the collapse of the Soviet Union. To date, there have been more than 50 WCF regional conferences and summits on five continents and eight official World Congresses of Families - Prague (1997), Geneva (1999), Mexico City (2004), Warsaw (2007), Amsterdam (2009), Madrid (2012) Sydney (2013) and Salt Lake City. World Congress of Families IX was held in Salt Lake City, Utah, October 27-30, 2015 (www.wcf9.org) and attracted over 3,300 delegates from more than 60 countries. WCF regional events are also scheduled for Barbados (April 8-9) and Salta, Argentina (June 14-15). Future regional conferences in Africa and the Balkans and other locations are being planned. Visit www.worldcongress.org for updates and news. Russian Orthodox Patriarch: Americans for Natural Marriage are ‘Confessors of the Faith’ Citywide cross procession marks Family Day in Varna
The procession of the cross proceeded through Maria Luiza Avenue and Slivnitsa Avenue and stopped at the entrance to the famous Sea Garden (Morska Gradina) public park, where Metropolitan John of Varna and Veliki Preslav performed a prayer service for health and prosperity.