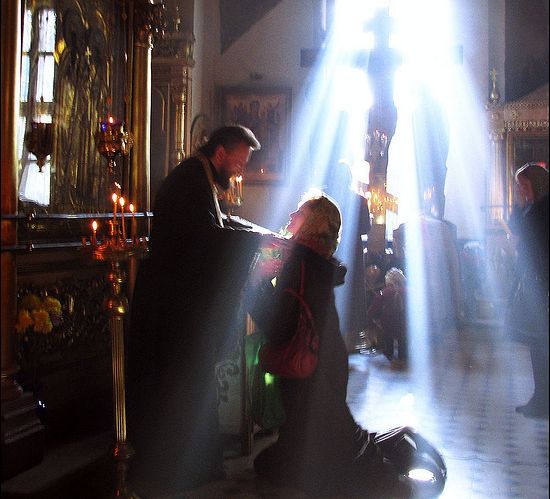 For You do not desire sacrifice, or else I would give it;
You do not delight in burnt offering.
The sacrifices of God are a broken spirit,
A broken and a contrite heart—
These, O God, You will not despise.

One aspect of Jewish religious life that our Lord Jesus criticized was hypocrisy, which can mean that people diligently adhere to keeping Torah in strict and minute detail, according to a particular interpretation of the Law, but their hearts are not united to the Lord. In other words, obedience to the Law is not in itself enough for having a true relationship with God. As we see in Psalm 51 above, even though God had commanded sacrifice in the Torah, the very purpose of the Law was to touch the hearts of believers. God relates far more to the broken, contrite heart than to the rigidly obedient one. The intention of true religion according to Christ is to have a heart felt relationship with God.

“Hypocrites! Well did Isaiah prophesy about you, saying:
‘These people draw near to Me with their mouth,
And honor Me with their lips,
But their heart is far from Me.   (Matthew 15:7)

Faithfully performing ritual must come from a heart that is steadfastly attuned to God, and the external actions are a sign of the inward faithfulness to God. From the heart was to flow religious observance. To mindlessly and mechanically do religious routine or repetition is not only joyless to the doer but also to God. Rigid and rote adherence to tradition cannot win God’s favor. This is a frequent Gospel lesson as is clear in the pre-Lenten Sunday readings in the Orthodox Church. Lent is given to us a time to restore a joyful relationship with God – to pray constantly but not mechanically but with joy, to fast with thanksgiving and charity, not with obsessive and slavish detail to rules. Fr Gregory Polan expresses the idea quite well in his article, “A Fitting Sacrifice of Thanksgiving, Praise, and Repentance: Psalms 50-51.” His words are especially pertinent to us Orthodox since we recite Psalm 51 so frequently in our daily prayers and services.

“Psalms 50 and 51 have an important function in the Old Testament literature. They point out that mere ritual action does not necessarily find favor with God; the external offering of an animal, grain, or first fruits must also be accompanied by action of the heart, mind, and spirit of whoever makes the offering, whether individually or communally. It is too easy to perform a ritual sacrifice and think ‘I’ve done my duty to God, and all is well,’ because ritual actions are an achievement of sorts, demanding both time and effort. The covenant between God and the people involves a relationship of commitment on the part of both parties.

But just as important, the enacting of the rituals associated with the covenant demands something deeper than mere perfunctory legalism. The Hebrews notion of ‘heart’ brings together our contemporary sense of both mind and heart, and this combinative reality was what God expected of the people. A responsive commitment to the covenant called for both external action and interior disposition toward God: hearts ready to praise and thank God, hearts made pure by repentance and forgiveness.” (THE BIBLE TODAY, March-April 2016, p 93).

The fasting, prayer, repentance, prostrations and charity of Great Lent are to be the results of hearts filled with praise and thanksgiving, and they are designed to reinvigorate our relationship with God and one another. If they remain only exercises in personal asceticism, they do not accomplish the goal of a heart which is well pleasing to God. It is our hearts we must continually work on – removing the hardness in order to allow the Holy Spirit to work in us. So this Lent, we should focus on a heart which is well pleasing to God. It is not sacrifice which God is seeking as He says in Psalm 51:16-17, but a contrite heart – the heart of the repentant sinner (the Publican, the Prodigal) not of the rigid righteous (the Pharisee and the older brother). Blow The Trumpet in Zion
Fr. Barnabas Powell
All too often it’s easy to miss the warnings in my life because my life, my soul, my mind is flooded with my own “voice.” The selfish wants drown out that “still, small voice” that is screaming at me that I am going down a wrong path.
Comments
×