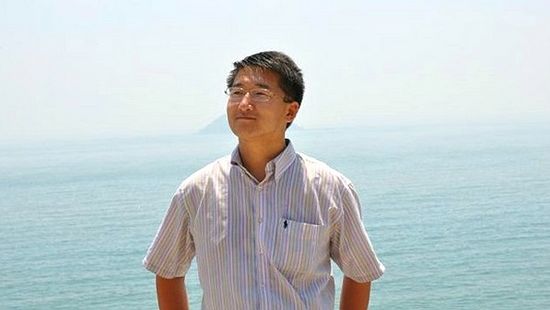 One of the leading legal defenders of China’s churches, Zhang Kai, was released from jail on Wednesday after being arrested in August 2015. China Aid confirmed his release with relatives.

Zhang wrote on social media that he has returned to his home in Inner Mongolia, an autonomous region of China. The human rights attorney, who had defended some 100 churches damaged by a campaign to demolish crosses in Zhejiang province, was arrested just before a meeting with the US ambassador for international religious freedom, David Saperstein.

Terms of his release were uncertain. Zhang had been sentenced to six months of residential surveillance at a “black jail,” where prisoners are held incommunicado at a secret location. On February 25, he appeared on state television stating a “confession” that he had disrupted social order and endangering state security. Many believe the confession was coerced.

Zhejiang authorities subsequently charged him with “endangering state secrets” and “gathering a crowd to disturb the public,” and criminally detained him, according to China Aid.

“I have already safely arrived home in Inner Mongolia,” Zhang said in his message, according to China Aid. “I am thankful for all friends who were concerned about me during this time and who looked after and comforted my family members.”

China Aid head Bob Fu said he was a close friend of Zhang.

“Zhang Kai is a bold human rights lawyer and a defender of the rule of law and religious freedom, and is completely innocent,” stated Fu in a press release. “I appeal to Chinese authorities to release other arbitrarily imprisoned religious leaders, human rights lawyers and defenders, such as those arrested in July of 2015, including, attorneys Li Heping and Wang Yu, church leader Hu Shigen, and pastors Li Guozhi (Yang Hua), Bao Guohua and Gu Yuese.”

China has been increasingly cracking down on official government churches and on human rights attorneys.

Pastor Bao Guohua of Holy Love Christian Church in Jinhua received a sentence of 14 years in prison, and his wife Xing Wenxiang 12 years, after they were convicted of “corruption, financial crimes and gathering people to disturb social order,” according to The New York Times, citing the February 26 Zhejiang Daily, the province’s official newspaper. Their son, Bao Chenxing, was handed a three-year prison sentence.

The three were arrested last August after they publicly criticized the Chinese Communist Party (CCP) policy of demolishing crosses on churches in Zhejiang; local Christians believe they are being persecuted for their protests. The court also reportedly ordered 600,000 renminbi (US$92,000) be confiscated from Bao, and that he pay a fine of $15,300; confiscation of $92,000 from his wife, and a fine of nearly $14,000, were also ordered.

Nine other members of the church staff were also reportedly convicted and received lesser sentences. The previous week, authorities detained 16 pastors in the greater Wenzhou area over the removal of crosses.

Bao is one of eight pastors of the official Three-Self Patriotic Movement (TSPM) churches detained. On January 27, Gu Yuese, an official with the China Christian Council (CCC) and pastor of China’s largest TSPM church, was arrested and is reportedly detained in a “black jail” on charges of corruption. Pastor of Chongyi Church in Zhejiang’s capital of Hangzhou, Gu was detained after criticizing CCP policy in Zhejiang, where the government has demolished the crosses of some 1,800 churches.

The government has replaced the leadership at Chongyi Church.

On January 29, authorities also arrested on “corruption” charges CCC Chairman Li Guanzhong in Pujiang County, Zhejiang, who served as senior pastor of Puyang Christian Church in Jinhua. Li and his wife, Zhang Shuzhen, are also reportedly being held in a “black jail,” where they have no access to legal representation. Li also had protested CCP demolition of crosses in the province, including his own church’s, and had objected to TSPM churches flying the Chinese flag.

The government has also brought formal charges against nearly 20 human rights lawyers who had worked against the demolitions in the province, and authorities have broadcast coerced “confessions” from several of them.

Regarding Zhang’s case, Christian Solidarity Worldwide’s chief executive Mervyn Thomas said his advocacy group welcomed the release and restated its call to “allow Zhang his freedom without condition, upholding his right to freedom of movement and association, and all the rights and freedoms guaranteed under international and Chinese law.”

He reiterated concern that other human rights lawyers, along with Zhejiang pastors, remain in detention.

“We urge the Chinese government to protect the rights and safety of those who defend freedom of religion of belief and other human rights in China,” he said.

CT reported the arrests of Zhang Kai and Gu Yuese, among regular coverage of the cross-demolition campaign in Zheijang and the counter-campaign by local Christians to return crosses to public display.

In 2006, CT published China’s New Legal Eagles, a feature about evangelical lawyers in that country. It has also covered the case of renowned Christian attorney Gao Zhisheng, who was released last year after serving prison time for “inciting subversion of state power.” China Sentences Pastor and Wife to Jail for Protesting Cross Removal
Over the past two years, government authorities have reportedly taken down 1,200 crosses from churches as part of their campaign to have all religion under government control. Pastor of Largest Official Protestant Church in China Jailed Amid Crackdown
China Aid says the Chinese government has removed at least 1,800 crosses as part of an effort to suppress Christianity. They have also demolished other church buildings due to the alleged violations. Church and cross demolitions continue in China: Christians plead for government to stop

Church and cross demolitions continue in China: Christians plead for government to stop
Over 360 churches have been damaged or destroyed.
Comments
×